Obama’s appearance at commencement was clearly big news. The press was everywhere – even on top of Olin! [Edit by Lauraalyse]: This wasn’t the press. This was the secret service w/ snipers. 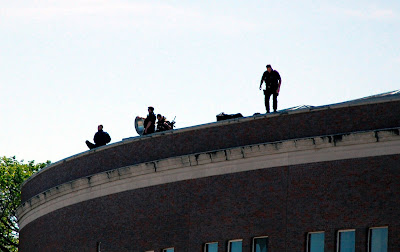