This just in: even without the ACB in their day, alumni know how to troll in style. Jesse Sommer ’05 sends word of a pretty hilarious Reunion prank perpetrated by an unidentified member of the Class of 2005:

Over Reunion weekend, the Class of 2000 had set up a Twitter account and provided the access information to the public, where “public” was intended to express “members of the class of 2000” but unsurprisingly included “a member of the Class of 2005 who took the opportunity to exploit the open account access.”

And, perhaps aware of where suspicion might inevitably fall, Jesse adds:

I became aware of this because of a very inconsequential exchange of heated words between members of the Classes of 2000 and 2005.

With no further ado, I present some highlights from the Class of 2000’s hopelessly hijacked, NC-17 Twitter stream: 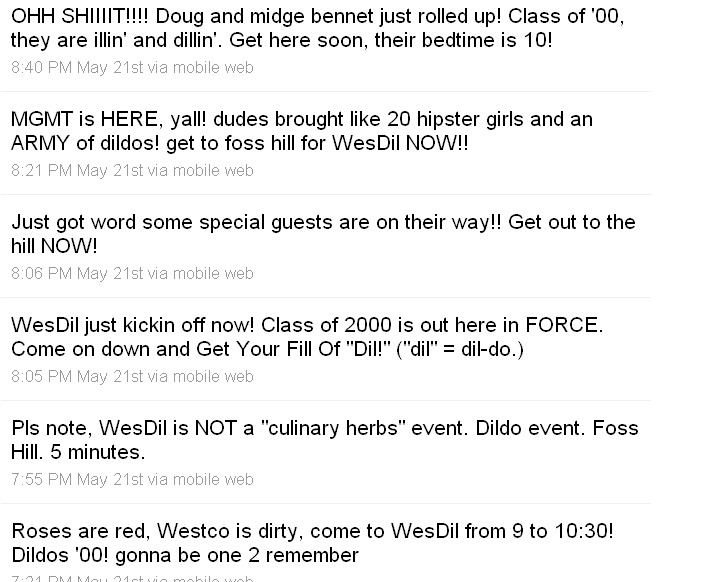 10 thoughts on “Trollin’ the Twittersphere with the Class of ’05, or: “Roses Are Red, Westco Is Dirty””