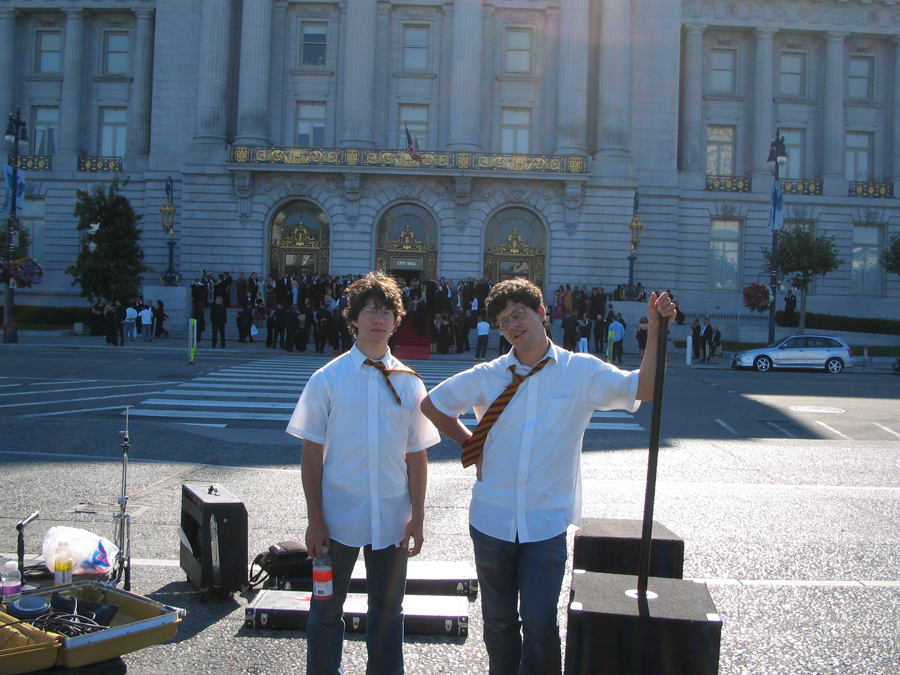 So, seminal wizard-rock duo Harry and the Potters are playing at Alpha Delt tonight, probably going on in less than an hour.  This is exciting, and you already know this, and hopefully got tickets, because we already blogged about it, and we’re not advertising it again.

Strangely enough, though, this isn’t the band’s first show at Wesleyan. Or Alpha Delt, for that matter. (Why Alpha Delt?) (Why not Alpha Delt?)

A wall post by anonymous alum ’07 on the Facebook event points out that the band played here five or six years ago, before you were even a twinkle in your admission officer’s eye, and it was kind of a big deal. It’s even mentioned in the ADP blurb in Wesleying’s 2006 Guide to Greek Life. The show preceded this blog’s existence by at least a year, and I can’t find an Argus article on it (help?), but I did find a mention in Wesleying co-founder Ishuku‘s  enlightening list of Shows I Hate Myself For Missing. (It seriously is enlightening. I had no idea most of these bands played at Wes during my lifetime, and it makes me wonder what a similar list would look like circa 2010.)

Enjoy the show, current students. Throw me some history in the comments section, recent alums.