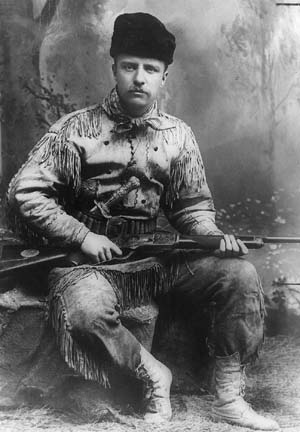 Badass of the Week is one of my favorite websites to spend time on while I’m procrastinating, looking for a good laugh, and maybe even trying to learn a thing or two. The website is the work of Ben Thompson, a self-described “full-time corporate wage slave who spends his spare time writing about things he thinks are badass.” True to this description, Badass of the Week consists of articles about badasses, often with historical details (which are frequently elaborated in ridiculous, and often hilarious ways) and always with copious amounts of profanity. Updated once a week, the site has been updated regularly since April 2004 – meaning that there is currently a huge archive of articles about badasses.

More about badasses past the jump:

In Ben’s own words:

You’ve reached the Badass of the Week, your one-stop shop for all things badassery-related.  Scroll down for this week’s badass, or just go ahead and search through the complete list of all badasses that have been featured on the site.  I update the page every Friday, so if you give a crap feel free to check back in next week to satisfy your insatiable desire to read about grown people punching each other in the mouth or beating each other about the head and neck in a most furious manner.

You should probably also be aware that this site features an unnecessarily copious amount of profanity, so if you’re easily offended by that sort of thing then this would be a good time for you to turn off your computer and go join a convent.

Articles range from historical figures (Theodore Roosevelt, Winston Churchill, Sir Ernest Henry Shackleton, Nikola Tesla, or Hannibal Barca) to fictional characters (James T. Kirk, The Bride, or Darth Vader) to animals (Molly the Cow, This Huge-Ass Beetle, or Moby Dick) to inanimate objects (The A-10 Warthog, The B-2 Bomber, Beef Jerky). Be sure to check it out! Thompson’s articles are profane to the point of being hilarious. He has also written and released two books about Badasses, which is just awesome in and of itself.

Enjoy, and brace yourself for that last final if you’ve got the last one today!