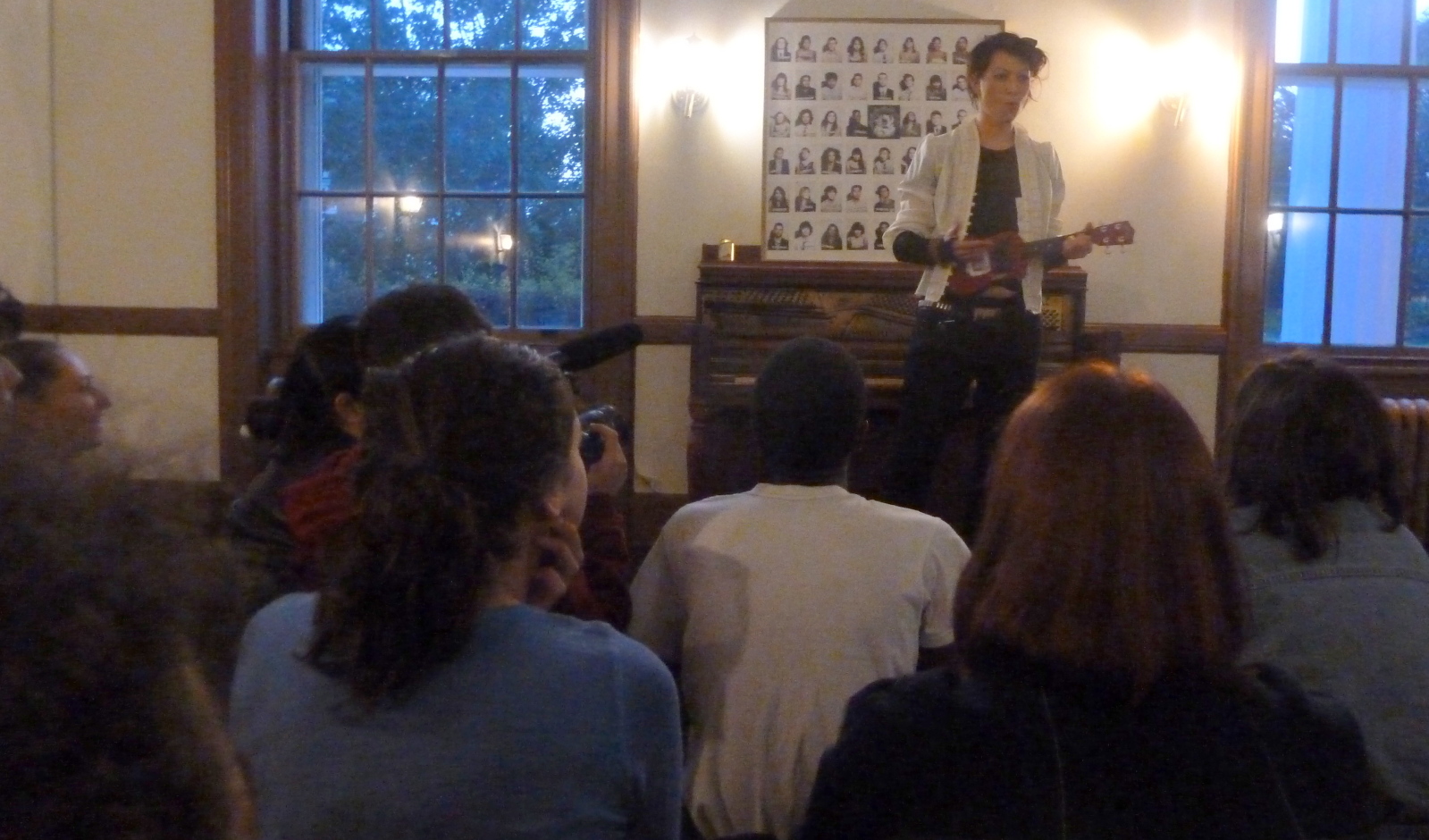 A: An Amanda Palmer “ninja gig” ensues when a striking, heavily made-up Amanda Palmer ’98 appears on the Eclectic steps and politely invites a couple hundred riveted students into the Eclectic living room, who sit cross-legged at command and politely await the singer’s direction. The show was announced two hours earlier via Twitter.

Palmer pulls out a ukulele, graciously welcomes the crowd, throws out a handful of icebreaker survey questions: “How many of you have seen me before?” “Who here actually lives in Eclectic?” “So who’s going to that Talking Heads movie tonight? Who’s going to that crazy Italian dance performance?” “Are you all students?” Casual conversation with the crowd about the benefits of Dewey Dell (“those crazy Italians”) versus Stop Making Sense (“that Talking Heads movie), about how good Jeff Mangum was in Boston the other night (“who here hasn’t heard Neutral Milk Hotel?”), about the show she’s planning to bring to Wes in the spring.

Palmer begins taking requests from an enthusiastic, exceedingly polite crowd. And she launches into a loose, spirited ukulele-and-piano solo set drawn entirely from crowd requests: Palmer classics “Leeds United” and “Coin-Operated Boy” merged seamlessly with ukulele covers of NWA’s “Fuck Tha Police,” NMH’s “Two-Headed Boy,” and Rebecca Black’s “Friday” from the point of view of a “truck-stop hooker.” I am fairly certain I am not making this up.

It was Palmer’s first public appearance at Wes since February 2004, but rest assured if you missed it: she promises to return in the spring. Maybe then she’ll bring out “The Wesleyan Fight Song.”

[Last thing: if you have photos/videos/memories from Amanda Palmer, email us: staff(at)wesleying(dot)org. We’ll credit you!]