Tumbling – all the cool kids are doing it, of course, and so does Das Racist’s Himanshu Suri ’07, over at nehrujackets. Homeboy’s pretty prolific, posting not only about his music and sharing snippets of South Asian culture (reprezent, yeahhhh) but also offering up snarky responses to anonymous askbox questions and occasionally opening up the family vaults to share baby pikchas of adorbzness. 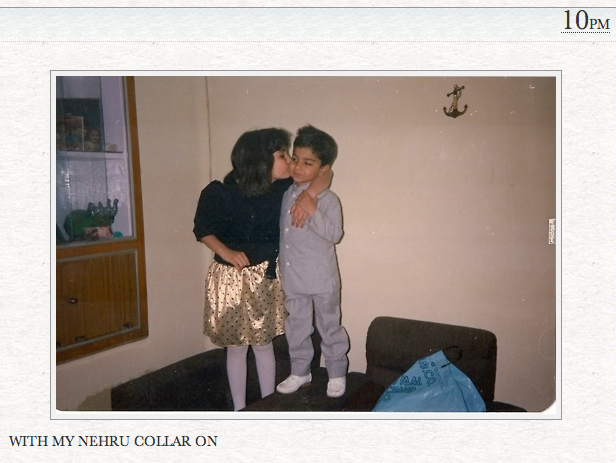 In a recent post, though, @heems gets a little more serious and talks about Occupy Wall Street, supposedly responding to numerous questions on the subject in his askbox. His post includes the following about his time at Wes:

In 2007 I graduated from Wesleyan University where I paid entirely too much money to be taken from Queens, New York to isolated Middletown, Connecticut to be surrounded by white people and other people of color who hoped to learn their extremely profitable codified language.

Suri goes on to describe his time working on “the periphery of Wall Street”, sheds some light from the perspective of a kid of immigrant parents and concludes that the current problems extend beyond Wall Street itself: “The sentiment is the same but the semantics aren’t – occupy wall street is confusing”. Click through here for the original post; it’s definitely worth a read.