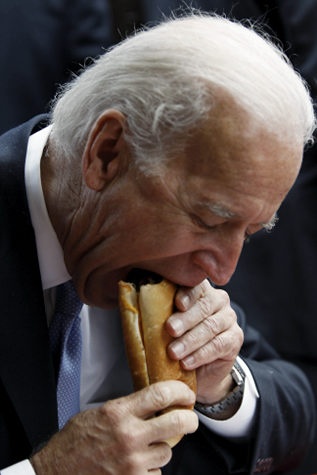 Prices are again on a $ – $$$ scale. If we’re missing your favorite place, feel free to add it in the comments (we Wesleying writers are poor and can’t go everywhere, after all).

Probably the most-frequented non-Wesleyan non-mobile food option. Neon Deli is located at the corner of Cross and Vine streets (practically on campus) and offers great subs/sandwiches and a fair array of grocery-type items. Neon is particularly useful for in-dorm or in-house cooking when Weshop is closed. The building in which the deli resides is owned by Wesleyan (the abandoned store to the right used to be Club Liquors but closed a several years ago). The university had planned to turn the whole building into an expanded WeShop, but it seems those plans have been shelved for the time being. Some Neon Deli history, courtesy of The Argus. (2011: Neon Deli owner Fran Galle has been embroiled in his fair share of controversy over the past year, most notably this incident and this reaction, and even regardless of that, some would argue the sandwiches’ prices overshadow the deli’s quality. You can make the call on whether or not to let campus politics get in the way of sandwiches with names like “Bob’s Cardiac Attack.”)

Also not actually on-campus dining, but if you live in Lo-Rise, it might as well be. The hole-in-the-wall Williams St. deli runs significantly cheaper than Neon for basic sandwiches (and faster, since there’s less student traffic on the daily), but you won’t find any menu array of specialty sandwich options—just the basics. You can usually find owner Marco, whose real name is Mark Sbona (“Marco actually sounded a little bit better for the business”), in the deli all day any day, tuned in to a news channel and chatting with locals. The deli’s been around in Middletown since the ’50s, and so has Mark, who remains committed to selling coffee at one dollar a cup. Beat that at Pi.

Haveli is pyrotechnics‘ favorite restaurant in Middletown. In my opinion, Haveli combines excellent food with a very reasonable price. And it’s Indian food, so there’s that. Haveli is a sit-down Indian restaurant about a ten-minute drive from campus down South Main St. The restaurant itself is a very warm and cozy set of dining rooms in an old little inn right on the road. Haveli also serves a buffet available for lunch that matches their dinners for quality. I estimate about $15 or $20 dollars per person all told, and it’s a lot of food — almost no one finishes their plate. Don’t forget to order naan.

Very fancy, very gourmet, very delicious, fairly expensive Italian food. Luce is located at the corner of Washington and Main, and offers a relatively pricey menu of absolutely wonderful Italian food for those properly dressed. A great place to go for a dress-up date, if you’re into that kind of thing. Also a great place for a wine connoisseur.

Similar to Luce, Amici offers great Italian for a slightly lower price and doesn’t require neck-ties and blouses. Amici is located on Main St near the Police Station and the other dozen restaurants in that area. Amici’s bread is to die for — I will literally eat whole baskets by myself. 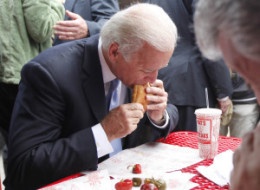 Athenian is awesome for anybody really hungry during the wee hours of the morning — 4am trips to Athenian for milkshakes and gravy-fries is something every Wes kid should experience. Athenian can be found up Washington St, so you’ll need somebody with a car. Once you get there, though, you’ll find a pretty cheap and pretty tasty array of diner food with quick service. Seriously don’t forget to order milkshakes.

Chances are that somebody you know will be offering you some free Thai food from Typhoon in the near future. Typhoon is very popular on campus for catering small-scale events when pizza from Mondo’s won’t cut it. I’ve eaten Typhoon dozens of times and have never actually sat down in the restaurant (which is on Main Street, in case you do want to sit down). The food is really good — especially the pad thai and the spring rolls — and the price is pretty reasonable too. If you need to cater an event, think about ordering from here.

Once again on Main Street, Osaka offers Japanese food for both sit-down and delivery. The food (in my opinion) is good but not superb, though the fact that they deliver is definitely a big plus. I’ve only eaten Osaka once, so a strong-minded commenter could also provide some more nuanced opinions.

On Court Street, near Main. Courtesy of a rabid coffee addict that lives in my building: “Klekolo is the salvation of students who can’t choke down Usdan coffee without spiking it love a good cup of free trade coffee for about a dollar a cup. Klekolo offers Starbucks-esque extras (amaretto shot in your mocha, anyone?) but their simple cup of joe is better than anything you’ll find in Middletown. Common patrons include a recent Connecticut politician, local artists, disaffected mid-twenties with piercings (not yet confirmed if these are Wes grads) and an ambitious Middletown chess club. Caution: cash only.”

Mikado is a tiny, hole-in-the-wall place just off of Main Street near Exit 16 (the door is in the back of the buildings on Main Street) that offers an extensive variety of sushi and a lot of other Japanese food. I recommend getting one of the booths with a door rather than a table if you have more than four people — it’s just a cooler setting. Mikado can be a little pricey (especially if you order lots of sushi), but the food is great.

And there you have it. There’s still a host of restaurants in Middletown that have gone unmentioned (feel free to fill in), but this should give you a fair variety to pick from if you’re hungry. Happy eating.