A few weeks ago, a former Wesleyan student filed suit against the University, as well as the national Beta Theta Pi Fraternity, its Mu Epsilon chapter here at Wesleyan, and the Baird Society that owns the building and grounds occupied by Mu Epsilon. In a nutshell, the suit alleges that the University and the other parties did not take sufficient action to prevent the rape of the former student at a Halloween Party at Beta in October of 2010. The coverage of this lawsuit, by Wesleying and by local and national news sources, involves a Brobdingnagian array of diverse but connected issues. I’m going to try to touch on as many as I can. I will inevitably sound preachy at particular points, and for that I apologize in advance. 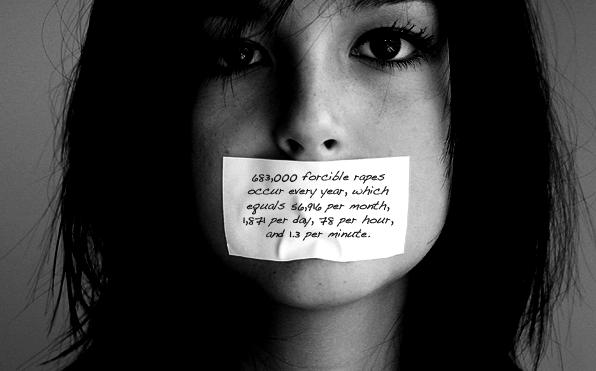 This post attempts to make those things a little bit clearer, comments on the subject in light of recent events, and includes many of my own opinions tying this particular issue to broader and equally terrifying patterns of college/youth/generational/human attitude that underlie the culture of permissible rape. This post is long. You should read it anyway.

Let’s start with some facts:

In the edits at the bottom of my previous post, I noted that an alum had assembled this Tumblr page advocating for public criticisms of Wesleyan’s policies regarding sexual violence (and, incidentally, the taking of revenge against Beta) but had, to my now-confirmed understanding, made some false claims about those same policies. I promised to do some “journalistic digging” and I have, in fact, done just that. After extensively poking around the Wesleyan website and speaking at some length with Vice President for Student Affairs Dean Mike Whaley, here’s what I found:

As mentioned, many of these policies are fairly new. In late 2010, the Sexual Violence Task Force was assembled to make a more concerted effort at tackling the issue of sexual violence on campus, and in spring of 2011 it produced a set of recommendations (some have been implemented, the rest are in the works). As others have rightly noted, this Task Force was assembled in large part due to heavy and sustained clamoring by members of the community about the need to address sexual assault on campus. Of particular note is this 2010 Wespeak that was undersigned by over 500 Wesleyan students, faculty, and alumni.

As a community, we’ve made some progress. Nevertheless, policy can still be violated today by individuals employed to enact our policies, and we can still experience painful episodes of misconduct and inaction.  Moreover, sexual assault remains common on our campus. Our Clery stats say that eight forcible sexual offenses occurred in 2011; most estimates put the real figure in the dozens. Sexual assault is one of the most under-reported crimes here on campus, as it is pretty much everywhere else.

It’s not fair to say, as the Tumblr does, that the University systematically attempts to swiftly silence survivors through mostly meaningless internal procedures (as you might still, right now, find at other places), thereby protecting assaulters instead of survivors. That is not the current, established policy of our campus. However, there exists an environment that enables rape, an environment which extends far beyond the realms of university policy, an environment that is not generated or even really encouraged by policy but nonetheless incorporates policy as party to its horrors, an environment which we as a species have yet to escape.

We here at Wesleyan pride ourselves on our intellectual diversity, our collective ability to voice alternative or unpopular opinions, our support for diversity of quality thought. There are two major problems with that pride:

1. It’s just not fucking true.
2. Radical individualism looms large over any sense of community we might imagine.

To the first point, our campus community has an alarming tendency to ruthlessly and publicly vilify individuals for actions or statements holistically unrepresentative of their character, or even for outright opinions or lifestyles that are reflective of character. If you have no idea what I’m talking about, then I’d suggest you check out the comments section of this article from last spring. Keep in mind that several of the more heinous comments were removed by our moderators (a right we almost never feel the need to exercise, except in cases of flagrant personal attack). Some comments are productive, some less so. In any case, I sadly cannot say that the conversation surrounding that particular controversy was conducted with ubiquitous or even common respect for alternative opinions. Our community’s system of large-scale dialogue is dysfunctional if not broken altogether.

We need to respect each other more, even and especially when we disagree. I am the first to admit that I can improve in this regard.

The second point is much more nuanced. Bear with me.

However, with every freedom comes responsibility. And it is our profound failure, as individuals comprising a community of fellows engaged in the common purpose of enlightenment, to shoulder that responsibility that so wounds our sense of community.

So what, then, do I mean by ‘radical?’ John F. Kennedy, as President of the United States of America, stated these words: “ask not what your country can do for you—ask what you can do for your country.” I don’t think such a sentiment would carry much political weight today. Today, the economists have won the argument: everything is about marginal gains for the individual actor. Where and what we choose to study/work/eat/drink/play/discuss/challenge/connect/embrace/reject/live is chosen, almost invariably, to further our individual livelihood/satisfaction/curiousity/ambition/purpose/lethargy/interest/happiness. But we have responsibilities not only to ourselves, but also to the whole community of individuals.

A sense of responsibility is vital to the very concept of individualism, and yet it is warped by a ‘radicalism’ of me, me, me, why should I do this, why should I risk that, what do I gain.

This is the environment that enables the mistaking of ‘want’ for ‘right.’

This is the environment that allows rape to be perpetrated.

This is incredibly important, so I’m going to put it in all-caps and bold it and make it colorful because I quite literally cannot emphasize this enough: EVERYONE SHOULD READ THIS. You should consider reading it before you continue here. To quote:

Let’s review some basic principles: Sex is a want not a need. Arousal is a hope and not a guarantee. A rightful transaction is between two willing parties.  And last, but certainly not least, expectations don’t cash in as entitlements.

But let’s throw in some other related horrors, shall we?

We drink alcohol because we the have the right to do so via individualism and because we expect gains by doing so (based on Wesleyan survey data, those gains are typically having a good time with friends, celebration, happiness, etc). But when we drink alcohol, we still have a responsibility to uphold the rights of other individuals. Those rights include, but are certainly not limited to, such things as not getting puked on, not having to deal with a drunken asshole, not having property damaged or destroyed, not being harassed, and most definitely not being physically or sexually assaulted. The same goes for pretty much any substance you care to name.

We endorse a culture of casual hook-ups for a variety of reasons, but we can again connect this to mutually responsible individualism without going into details. There is, however, a connected problem, and that is a lack of communication. Every year, innumerable rapes occur despite independent observers (be they friends or strangers) that note precipatory events (be they drinking, flirting, dancing, touching, pushing, grabbing, dragging) and feel uncomfortable yet take no action. The passivity typically results from an ‘unwillingness to interfere’ or ‘not wanting to accidentally ruin the moment’ or a fear of jeopardizing a friendship or a feeling of awkwardness. Such things are mere trifles in comparison to the consequences of rape. Similarly, an aversion to the use of mutual verbal consent between sexual partners because it ‘ruins the mood’ is problematic. Right of individualism does not include rape to avoid awkwardness.

It is always easier to pretend, unless you’ve lived it, that tragedies as horrific as sexual assault simply do not occur. It is often easier for friends to ignore, ostracize, and forget a survivor than to confront another friend, or even a stranger, for inexcusable actions. The easy road blatantly disregards the responsibilities that individuals owe to the survivor and to the community. I won’t elaborate; the linked article speaks for itself. You should read it.

Similarly, it is easier for colleges and universities to ignore the problems presented by campus rape, sweep cases under the rug, assume prolonged instability/over-reaction/craziness in the survivor and consequently deny them all sense of individualism, self-reliance, and self-strength by making all important decisions for them. Again, the easy road ignores the rights and responsibilities of individualism, and again the (different) linked article speaks for itself. You should read it.

On that note, sensationalist media and college rankings (which I intentionally lump together) create their own related evils. They encourage institutions to pursue, either explicitly or subconsciously, policies that hide issues like rampant sexual misconduct, chronic substance abuse, fiscal irresponsibility, and abuses of power rather than addressing them publicly, openly, honestly, and fairly. Subtly, college rankings and sensationalist media inhibit all institutions from adequately addressing the ubiquity of these issues for fear of being seen as the one and only institution with the problems.

Wesleyan has been relatively transparent about these issues in recent years, but there is always room for improvement. You can sign this petition to help make that happen.

Oh, and speaking of transparency and dialogue, people who are categorically disinterested in dialogue baffle and terrify me. Such a sentiment is one that I cannot fathom.

Sexual misconduct on college campuses is a big issue.  It is not bounded by the imaginary gates and walls of Wesleyan, it is not limited to college culture, it is not even restricted to the attitudes of our generation. Rape is an issue of humanity itself.

Here are some things that I consider fact, and I really hope you do too:

Go forth and prevent rape. Lead our community to a brighter future, lead our generation to a better culture, lead humanity to a more humane existence.

You are as vital to this process as anyone else.

[Edit 24 Oct 2012, 11:23pm pyrotechnics: Another student survivor, this time of Tufts, has published an account similar to two others already linked here, one each by an Amherst student and a Wesleyan student. You should read all of them.]

[Disclaimer: Wesleying is not in any way funded or run by Wesleyan University. Our sole association with Wesleyan is that Wesleying is staffed entirely by current Wesleyan undergraduates, who blog about life at the University. Wesleyan has no control whatsoever over our actions, writings, or management. Furthermore, Wesleying makes no claims to objective journalism. Our writers are permitted, and often encouraged, to include personal or other opinions in their posts. While many Wesleying writings are objective, including much of the article above, readers should not be surprised to find opinion included as well.]

16 thoughts on “You Should Read This: Sexual Assault and its Supernumeraries”