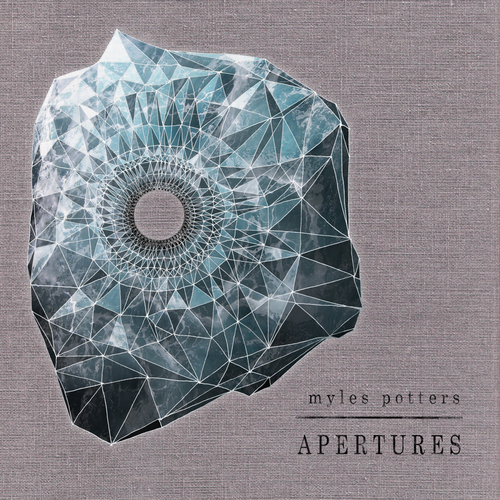 This release is many months in the making, and is the recorded, modified version of my Senior Thesis Recital at Wesleyan University. The Thesis revolved around the question: What can we consider to be ‘live’ music in the 21st Century? The music in this album, though recorded, continues to ask similar questions by highlighting contrasts between instrumental improvisation, sampled beats, and notated music.

I could spend a solid amount of time writing about what I like about it, not to mention the dank group of musicians that he had on the album: Wes Alum Owen Callahan ’12 on sax, Nate Campagne ’15 on drums, Sam Friedman ’13 ticklin’ the ivories, and Dylan Bostick ’13 (see: DreamHost) working the electronics. Instead, I asked Mr. Potters a couple questions, and I feel like that does a lot more justice explaining the album than what I could do by myself. That’s all past the jump.

Who are your influences for this album?

There are obviously many, from trumpet players to other musicians more generally. From a trumpeting perspective, it’s impossible to say that I’m not influenced by Miles. I would also say that the other three ‘big names’ that I listen to pretty frequently are Clifford Brown, Freddie Hubbard, and Lee Morgan. I also need to say that I had a really big push from my teacher, Taylor Ho Bynum (a Wes grad himself), to explore all the music I could at Wes. He really drove me to push myself and produce a lot of my work, and for that I’ll be forever grateful. Aside from studying all those great jazz players that came before me, I take a lot of inspiration from artists like Roy Hargrove, Dilla, Flying Lotus, Thundercat, Robert Glasper (and the Experiment), D’Angelo, and that ‘soulquarians’ or ‘neo-soul’ sound, however you’d like to label it. I really like where gritty funk/R&B can meet hip hop and where that can meet jazz. I guess that’s sort of a cliché now, the whole idea of “where hip-hop meets jazz,” but I think it’s a really important moment for music. I think I see myself as slightly differing where the electronics, live sampling, and beat-making can be manipulated in different ways as it intersects with the otherwise semi-acoustic ensemble, to give that extra edge to the sound.

How did you come to the decision to use electronics?

Like I said I was really influenced by artists like FlyLo and Dilla and many other beat makers in that lineage (Wajeed and Teebs come to mind as well). I also found myself listening to “new-jazz” trumpeters (and non-trumpeters) recommended to me by Taylor, such as Rob Mazurek and Peter Evans, who densely integrate live electronics into sound. So for me, the question wasn’t if I wanted to use electronics, but how I was going to do it. I knew I wanted to balance those two ends of the spectrum somehow, and it took me a while to think about how to make it work. I really wanted that synthesis, and moving forward I want to think about how to incorporate them even more.

Why the name Apertures?

I had been working a lot on my thesis, and this EP is the recorded version of my music portion of that. So I had been thinking a lot about live music, sampled music, recorded music, and how they intersect, artistically and philosophically. Musically, I wanted to find a way to tackle those issues and give the audience/listener a lens into the intersection to spark thought, to encourage the audience/listener to question some of the boundaries that they might take for granted when it comes to music. Thinking about the lens analogy, I sort of treated the beats as lenses directly into that intersection, as those beats are all live sampled by Dylan Bostick ’13 (BOSS). I wanted to give the impression that the listener could look into it and hear that happening, and so Apertures, holes to look through that isolate a specific image, often in a camera, seemed like a perfect title to emphasize that image.

What does the line between live music, sampled music, and the live manipulation of electronic samples mean to you? Did creating your album change that view?

I literally wrote my thesis on the subject, so I could go on for far too long! But musically, I think that technology really opens a lot of doors that we’ve never had before, and the ability to explore that territory is really an amazing opportunity. The process of doing an album definitely gets in the way of a lot of a lot of the things that we can do live, in terms of musical synergy and the ‘in-the-moment-ness’ of the performance. That’s something that is very difficult to capture in a recorded setting, and will always be a point of tension between the recorded and the live, I think. It’s hard to describe, which makes quantifying it so painfully difficult, and why writing about it was a huge challenge, for me and for the many authors before me who have also written on the topic. But being in a studio also opens many more doors into sampling and manipulation that otherwise couldn’t be explored in a live setting. It really allows for very cool ideas that are impossible to pull off live to be fleshed out. So I think they both have their pros and cons in that way, and if anything the recording process reinforced that belief.

Frequently, people who play shows using live electronic sampling and manipulation are hard at work over a console. Do you think that that can take away from a performance or should that matter?

That’s a huge question that’s being asked in a lot of different places right now, and to be honest, I’m not sure I can immediately give the most insightful answer without launching into a huge essay. But on the one hand, performance in general has always been about witnessing the performer work with their instrument, before your eyes in real time in a given space, with their instrument of choice, whether it’s their bodies, their voice, a guitar, or a trumpet. So I think you can make the argument that you’re just doing the same thing, but in this case the instrument is the console. On the other hand, it’s definitely not enough to attract a huge festival-sized audience, which is why I think for a lot of those shows there is an emphasis on the spectacle of it: the crazy light shows, the massive sound systems, all the other things that you couldn’t get at home on a computer by yourself. So for whatever that’s worth, I think there is an argument to be made about whether it actually is performance in the same way, and I think it definitely can take certain things away from a performance that need to be made up for by a lot of the things I talked about. But, really, at the end of the day, to paraphrase Marvin Gaye, if the music moves you, let it groove you. Music is really a beautiful thing. If you’re into it, and it takes you someplace, that’s what it’s all about.