Hai guyz, yet another Wesleyan musician has made it! This time, a group of scrappy WESU volunteers proves that they’ll be tastemakers of the future by introducing mtvU’s countdown of music videos, both on their Tumblr and on “a 24-hour television channel that is available on more than 750 college and university campuses across the United States” (check it out in a TV if you can find one!?).  Perhaps recognizing how accomplished the Wesleyan community has been in the way of music lately, mtvU allowed the creators to (mostly) go crazy over the course of a single afternoon, turning such prosaic things like nail-clipping and sticking your head under your friend’s shirt into cinematic gold. Unfortunately, corporate censorship prevailed.

mtvU invited WESU to do a college radio countdown, where we put together a playlist of ten music videos along with a clip introducing the station to viewers. WESU’s board of directors brought in the almost terrifyingly ubiquitous Will Feinstein ’13 to work on the script, and he and I co-directed the video. We shot it in a single afternoon, thanks to the talent and cooperation of WESU’s awesome student volunteers and our program manager Rick, along with some DIY ingenuity (a couple of the shots are lit with iPhones!) We wanted to represent WESU’s independent spirit with a suitably offbeat clip, and we must have done a good job because the folks at mtvU cut a couple of our favorite shots—the original video featured a kidnapping and a book-burning. The video and playlist are airing four times a day for the next week on mtvU. Check it out if you have a television! mtvU’s tumblr is also featuring five online music videos selected by the board, including campus favorites Adrien feat. William.

Yes, Nass is talking about that famous Adrien feat. William video, which was all the range last Senior Week.

How can you help keep this good thing going –- and get mtvU to keep playing the intro? Tweet about how much you love all the talent here with the hashtag #CRC (not to be confused with Wesleyan’s recently renamed Career Resource Center). Also, WESU is having a pledge drive next week; if you’ve enjoyed it this year, help a brother out and donate a few bucks. 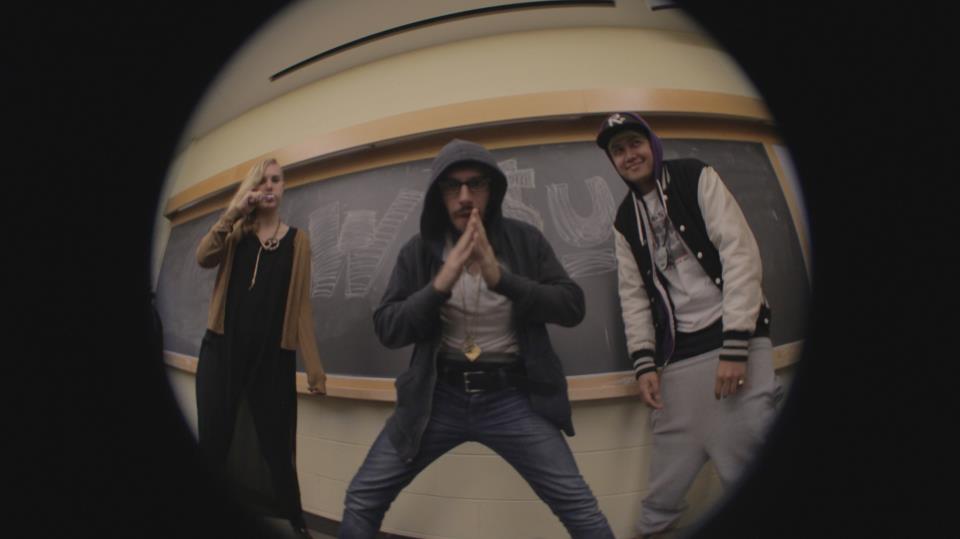 One thought on “WESU Makes Video, DJs for mtvU”