“In Middletown, the connection between those ignored by society who then come back to cause harm is difficult to overlook.” 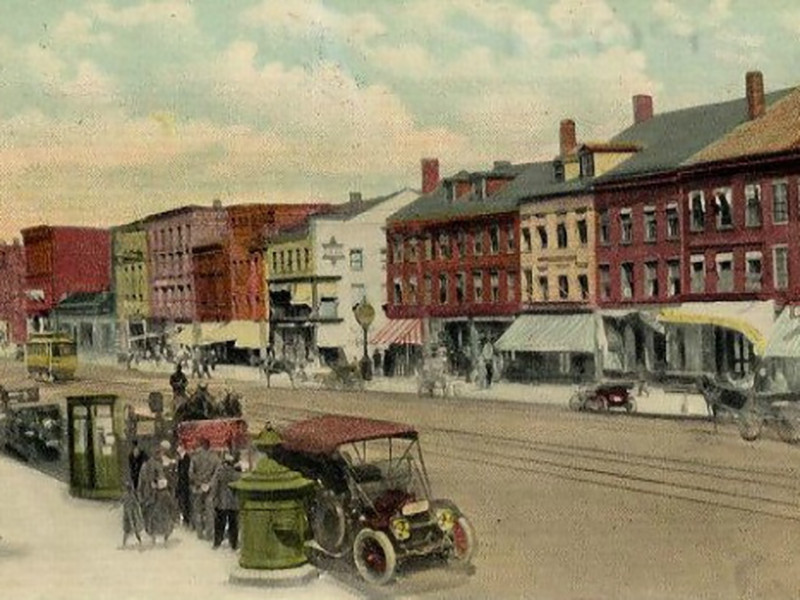 In the days and hours after the Newtown shooting, my thoughts turned to Johanna Justin-Jinich ’10, the Wesleyan student who was senselessly gunned down in Broad Street Books in 2009. A prefrosh at the time, I wasn’t on campus. I followed the tragedy, in horror and shock, from the safety of my parents’ house, and I fielded uncomfortable questions from high school classmates who asked if I was going to “the school where that girl was killed.”

I’m not the only member of the Wesleyan community for whom Sandy Hook triggered memories of 2009. First came a blog post from Professor Claire Potter, who reflects on faculty experiences in the wake of Justin-Jinich’s murder and argues forcefully against proposals to arm teachers. Then followed a Huffington Post column from President Roth, who advocates for gun control and writes, “If we falter, if we think the politics too difficult or too complicated, we should remember Johanna.”

“Violence and Mental Illness in Middletown, Connecticut” is the latest, a sprawling Atlantic piece that weaves together the shooting of Justin-Jinich, the 2012 outrage over Middletown elementary school “scream rooms,” and the horrific 1989 stabbing of a young girl on Main Street into a portrait of a small city still haunted by violence and stigmatization of the mentally ill. (David Peterson, the schizophrenic man who stabbed nine-year-old Jessica Short as her family looked on, had just escaped from Connecticut Valley Hospital, where Stephen Morgan is now held. Like Morgan, Peterson was later ruled insane.)

The article only mentions in passing the carnage in Newtown. But the echo of that tragedy lingers over the piece, informing its obsession with senseless acts of violence and their reverberations in society.

The author, Lindsay Abrams ’12, an editorial fellow at The Atlantic, was a freshman at the time of the Broad Street Books shooting. This year, she observes, is “the first year that none of Wesleyan’s undergraduate students were there when Justin-Jinich died,” smartly noting the strange rhythms of institutional memory as it transforms trauma into echo and lore:

In time, the incident will go from traumatic memory in the minds of Wesleyan students to another story about something bad that once happened there. It’s funny, what ends up being remembered as communities heal and trauma loses its immediate potency. The residents of Middletown learned to fear Main Street, but lessons in treating the mentally ill have been less resonant. In the years following Jessica Short’s death, resistance to efforts to help the city’s homeless have persisted. 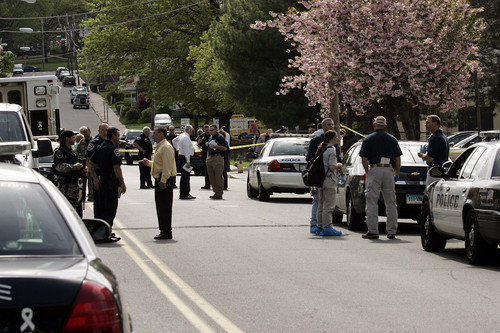 What lessons should we take from these murders, acts of senselessness that seem to elude logic and comprehension? Abrams’ piece quotes heavily from Paul Gionfriddo ’75, a Middletown native who was running for mayor at the time of Short’s stabbing—and whose own son suffers from a debilitating mental illness.

“Mental illness isn’t a problem,” argues Gionfriddo. “The way we treat it is.” Scream rooms. Stigmatization. Isolation. Lack of support for homeless shelters. “If you want to believe that treatment never works, it gives you an excuse to ignore and neglect mental illness.”

Abrams seems to agree. And she wonders how things could have been different, if only people like Stephen Morgan and David Peterson had found help or understanding:

After her death, the Johanna Justin-Jinich Community Clinic, dedicated to women’s health, was opened in Kibera by an organization run by Wesleyan students. It was a fitting tribute to a student who was passionate about public health. Be couldn’t an appropriate response also be to contribute to efforts to bring treatment to people who need it, recognizing cries for help long before they take the form of the slaying of a bright, promising young woman?

Statistically, the vast majority of violent crime isn’t committed by people with mental illness. And mental illness, in terms of prevalence, is even more of a problem than violence. But in Middletown, the connection between those ignored by society who then come back to cause harm is difficult to overlook.

Of course, it can never be so easy. The trouble, I think, lies in recognizing those signs, understanding where help is needed, figuring out how best to provide it. Stephen Morgan’s father described his son as “a very sweet child, never violent or vicious.” And in a wrenching 2009 essay in Oprah Magazine, Dylan Klebold’s mother detailed her total obliviousness to her son’s mental anguish. “It never occurred to me,” she wrote, “that the gravest danger—to him and, as it turned out, to so many others—might come from within.” It rarely does.

A commenter on The Atlantic describes an experience at Boy Scout Camp when ze was 16 years old and nearly drowned: “I was told to demonstrate that I could swim and promptly went to the bottom waiting to die.” Ze was sent to the beginners’ pool to be taught how to swim.

In fact, it was an attempt at suicide. The problem was, no one knew.