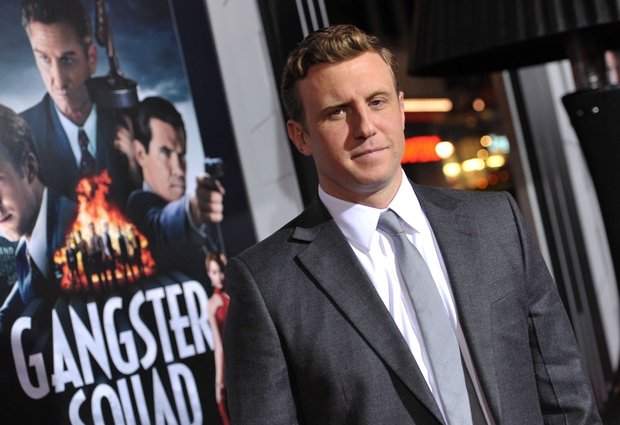 Last month, while you were chillaxing in your break cocoon, the New York Times devoted an article to lesser-talked-about Wesleyan filmmaker and Zombieland director Ruben Fleischer ’97, whose latest release, Gangster Squad, stars Sean Penn in the story “of the struggle between good and evil on the streets of Los Angeles, in a post-World War II era that was known for shady compromise between the two.”

Unlike his Cardinal peers, Fleischer wasn’t a film major at Wesleyan. He got involved in the industry by way of coding Web sites during the dot-com boom, which led him to Los Angeles, which led him to Mike White ’92 (who co-produced and wrote Dawson’s Creek and Freaks & Geeks, but whom you might more readily recognize from his classic role in School of Rock, which he also wrote). Then, Fleischer moved up the ranks. About halfway through the Times article comes a classic, tried-and-true glimpse into the innerworkings of what has come to be termed the “Wesleyan Mafia” in Hollywood, which is apparently the real engine behind Fleischer’s early career:

Before long he was building sites for big companies like Microsoft.

That led to a Web-related job in Los Angeles, where he met Mike White [’92], a filmmaker and television producer who had also attended Wesleyan and who got Mr. Fleischer hired as a production assistant on the TV series “Dawson’s Creek.”

It was a short step to a job as assistant to the director Miguel Arteta [’89], another member of Wesleyan’s movie mafia, on the film “Chuck & Buck,” starring and written by Mr. White.

From there he moved on to directing commercials for McDonalds and Nike. Then reality TV and a series called Rob & Big. Then Zombieland, featuring Emma Stone, Jesse Eisenberg, Woody Harrelson, and Bill fucking Murray. Soon he was receiving offers to direct X-Men and Mission: Impossible films. Instead, he chose Gangster Squad. Thanks, Wesleyan!

Curiously, the article hasn’t been featured on the Wesleyan homepage, probably because Fleischer has the nerve (the gall!) to take Film Chair Jeanine Basinger down a notch in his interview. Somewhat hilariously, Fleischer is still bitter that the Goddess of Film herself wouldn’t let him into a film class:

[Fleischer] grew up in Washington, and went to Wesleyan University, where, he recalled, he was rebuffed by Jeanine Basinger, chairwoman of a film studies program that has produced the likes of Michael Bay and Joss Whedon. “She wouldn’t even let me in a class,” Mr. Fleischer said last month, as he picked at hash browns with melted cheese.

Alas, Professor Basinger won’t be taking credit for Fleischer’s success, but she probably has enough on her plate granting interviews for pieces with titles like “The Film Professor Who Taught the Creators of ‘Beasts of the Southern Wild.” 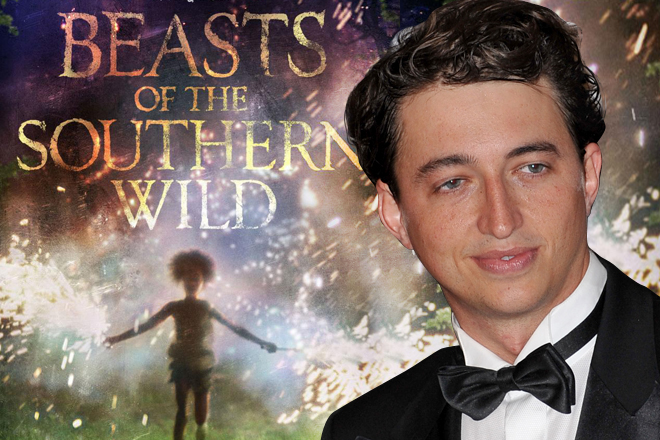 Basinger, to her credit, was attuned to Benh Zeitlin ’04 early on. “Benh is the real deal,” Basinger said of the Beasts of the Southern Wild director in 2005, when he won the Slamdance Grand Jury prize. “He’s got amazing talent, works terribly hard, and he has an original, quirky sensibility.”

And unlike, Ruben Fleischer, he didn’t tap into the Wesleyan Mafia.

If Fleischer’s tale reads like a storybook example of what happens when an ambitious Wesleyan kid moves to L.A. and shakes the right hands in the Wesleyan Mafia (you probably won’t get introduced to Michael Bay ’86, but you might make friends with people like Mike White ’92 and Miguel Arteta ’89), Zeitlin’s story is the defiant opposite: he assembled a rag tag team of Wesleyan friends, moved to New Orleans, hired a bunch of first-time actors, gave a starring role to a six-year-old girl who wrote a bunch of her own lines, and ended up winning four Oscar nominations and charming Barack Obama. I saw the film over the summer at a screening hosted by Zeitlin and film critic Janet Maslin, and when the director bragged about avoiding CGI or pulling actors off the street or letting Quvenzhane Wallis edit her own lines, Maslin didn’t even seem to believe him. That’s how strange his methods (and success) are to the Hollywood establishment.

Yet both Zeitlin and Fleischer made tremendous use of fellow Wesleyan alumni.

This striking contrast was fresh in my mind when I read the Times‘ interview with the Beasts creators last week. Reporter Melena Ryzik doesn’t shy away from playing up Zeitlin’s outsider status. The director is still “planning karaoke outings with friends in lieu of celebrity-filled galas and operating without the help of high-profile agents or managers.”  He still lives in New Orleans, and his next film will also make use of nonprofessional actors.

As Ryzik tells it, Beasts was indeed “made on its own terms far from the entertainment industry,” but its unlikely existence is largely thanks to the help of the Sundance Institute:

A debut feature made by Hollywood outsiders, with a cast of mostly nonprofessional actors, it was shepherded through the creative rigors of the Sundance Institute’s labs, where the filmmakers honed the story of a little girl, Hushpuppy, and her dying father, Wink, in a tight-knit bayou community. With a budget of $1.8 million cobbled together from various nonprofits, chiefly Cinereach, a foundation that offers financing for films from “underrepresented perspectives,” and other prizes and film festival grants, it was shot in Louisiana over two months in 2010 and finished just three days before its Sundance premiere.

Of course, there is the fact that Zeitlin had a tremendous amount of film experience and training. Fleischer, by contrast, was a history major, and so he began with only the industry connections he managed to forge.

Zeitlin, finally, gets space to reflect. When I interviewed him last spring, he described his Sundance success as “like walking into the Bible.” That was nothing compared with what he is experiencing now, and appropriately, he has upped his simile game for the New York Times:

“I’m at a level of dream come true, where John Cassavetes returning from the grave and asking me to have a Scotch with him doesn’t seem out of the realm of possibility,” Mr. Zeitlin said.

Whether or not its success is a freak accident, Beasts seems to be proof that coming from Wesleyan, you don’t need to move up the ranks of the Wesleyan Mafia. You could do something crazy and try to make it big on your own terms.

Just make sure you have a sweet movie director name, like “Benh Zeitlin.”

One thought on “‘Gangster Squad,’ ‘Beasts of the Southern Wild,’ and the Wesleyan Mafia”