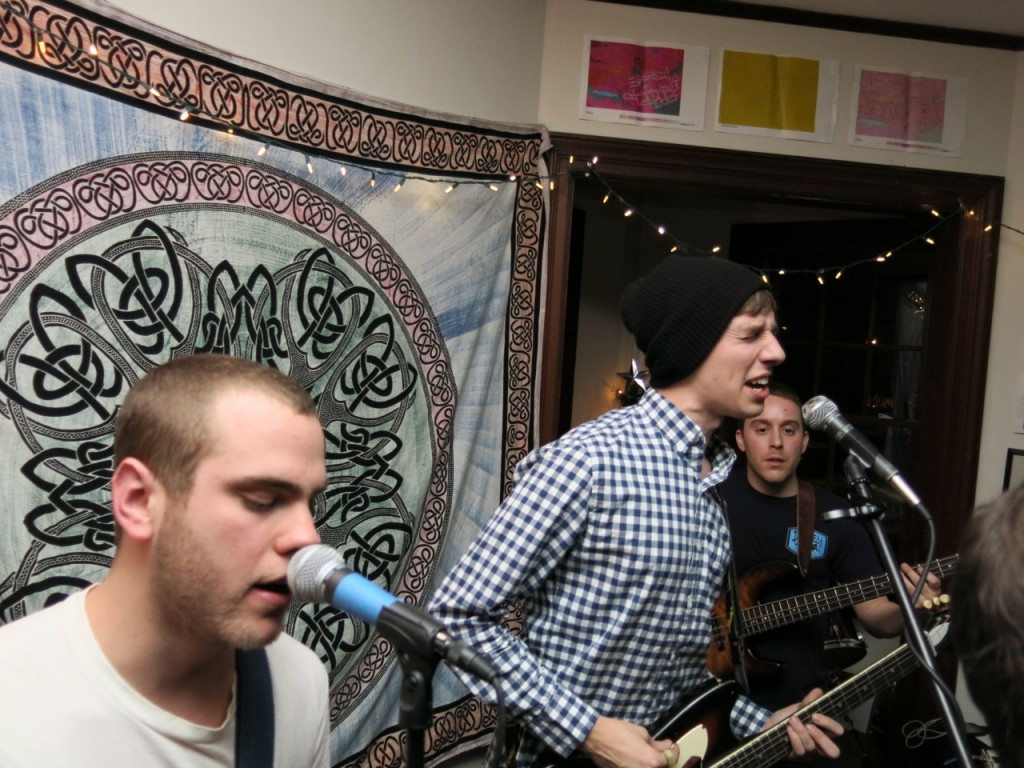 This happened last night at Earth House. The living room was as packed as it has ever been, and squished bodies erupted into moshing ones several times throughout the night, while people spilled out into the other two adjoining rooms, making for a full house throughout all three acts.

Blackbird & the Cherry Tree began the night with their bluesy soul-rolling tunes. Recently graduated songstress Mel Hsu ’13 cradled us with her cello, Jess Best ’14 with her keyboard and powerful voice, Sam Friedman ’13 on harmonica, and Mark Bennett ’13 on drums. The music contained elements of Hsu’s own collaborative work with Josh Smith ’11, with added soul elements.

They were followed by O Presidente, a San Francisco-by-way-of-Wesleyan based band, including Tobias Butler ’13, Andrew Zingg ’13, and Charlie Ellis ’13, who recently came out with their debut album, Club de Futebol. After WESU ranked them No. 2 in their top 30, CMJ “discovered” them, too. Audience members coined their sound “surf punk”, “a little bit of Clash”, or as someone else put it, just “fun-awesome.”

Leaves of Green, an NYU-based quartet, built up the energy even more.  “A band with a penchant for falsetto”, they performed sonically rich indie rock and led the crowd between James Madole’s soft falsetto and bangs you cant help but dance to. Their originals were excellent, and their covers ranged from Bon Iver to Eminem (almost). (Leaves of Green’s EP, End of the Actor, is available on BandCamp.)

Photos by various Wesleying staffers below.