“Welcome, then, to SWUG life: the slow, wine-filled decline of female sexual empowerment as we live out our college glory days. Welcome to the world of the ladies who have given up on boys because they don’t so much empower as frustrate, satisfy as agitate.” 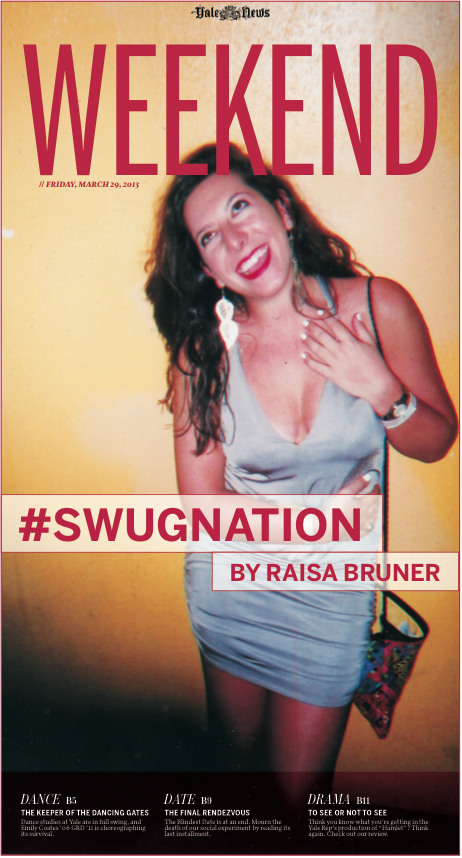 A few days ago New York Magazine ran an article that was sent to me by no less than four friends on the tendency among certain straight female seniors at Yale to abstain from the pressures of Ivy social life, by embracing a lifestyle called SWUG, or “Senior Washed Up Girl”  In the context of sexuality, it has come to connote unabashed resentment of those female underclassmen whom upperclassmen covet, a cynical attitude towards the dating scene, and, often, alcohol-fueled promiscuity. SWUG connotes more generally a “don’t give a fuck” attitude characteristic of seniors who feel worn down from three years of trying so damn hard at Yale — to achieve, to succeed, to win.

The original article, written by self-identifying SWUG Raisa Bruner, appeared in the Yale Daily News and takes readers through a number of different perspectives, student and professional, on this locally viral term. The SWUG phenomenon is now fraught with social connotations that its originators may not have foreseen — it initially suggested a sense of strong female camaraderie. And it seems unique to the “pressure cooker” environment of Yale.

What do you think WesKids? Do SWUGS exist at Wes? If so is the term empowering? Is anyone buying the argument that  that “Feminist progress right now largely depends on the existence of the hookup culture”?

Got thoughts on these questions or want to wax poetic about Wes hookup culture? Send us an email at staff(at)wesleying(dot)org with the subject line “SWUG LIFE” if you are interested in being interviewed for what will surely be the ethnographic project of the century (but actually).