Can you celebrate 4/20 without “protesting existing marijuana laws” on the hill? 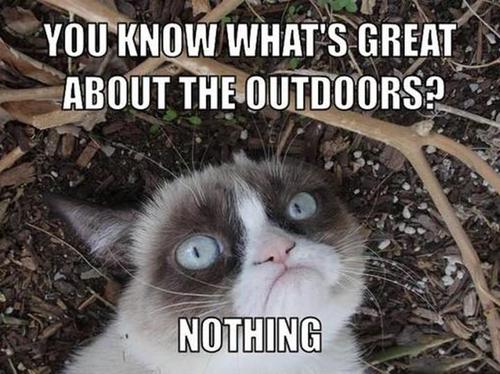 The following article may be appealing to prefrosh who think all of Wesleyan is like this and are reacting like this, whether or not WesFest falls on 4/20.

Around noon on Saturday morning, as I took my first and nearly last steps out of Clark Hall on this most glorious holiday, the repugnant stench of weed began to attack my scent receptors. Walking by Foss on my way to Usdan brunch proved that I was already late for the party—the games had begun.

I had been proactive in my avoidance of the anticipated craziness. Not really, but it was a happy coincidence that we were planning a social program around my friend’s birthday, which was the day before. We had arranged for a projector and screen in order to play Super Smash Brothers Melee as a hall. Asking for the equipment and calling it a social program also got us money for pizza, which is awesome. Thanks, ResLife!

Thus, I left the dorm a second time, to get the giant screen and projector from Bennett Hall. This time I noticed the Whey Station chillin’ in the WestCo Courtyard and people baking in the sun on Foss (see what I did there?). I enjoyed the trippy musical accompaniment as I carried the heavy metal contraption back to my dorm. I entered Clark once more, never to venture out again.

So, from about three o’clock to midnight, our lounge was transformed into a gaming zone, equipped with a giant screen, couches, and pizza. This ended up being an amazing activity for all celebrators of Four-Twenty. People came in and out, coming, going, and smoking or not smoking as they pleased. Those among us who were sober had a great time mashing GameCube controllers and laughing with friends while those in a more uplifted state of mind indulged their insatiable appetites with some Dominos and still managed to beat me almost every single round.

Later, a few of us enjoyed a midnight screening of Ghostbusters, which I hadn’t seen before. I probably went to bed just as late as those who were out partying and chasing various food trucks. I’d say I was also just as tired, but I was also sick with a terrible cold so that would explain that. Overall, I managed to have a lot of fun without feeling excluded, excluding others, or having to deal with extreme weed smell.

I’ll leave off with a Letterman-esque Top Ten List of tips and tricks to having a great Four-Twenty while avoiding its stereotypical madness.

10. Organize a social program. I found it to be a great way to do something a little out of the ordinary with my hall and to avoid going outdoors, which is awesome regardless of what’s going on outside. Plus, I’m sure the administration is totally down with providing alternatives to getting totally stoned.

9. Order in. Although the baked Wesleyan student would eat anything, utilizing the surrounding area’s plentiful and diverse food options is a great idea on this most special of days. Regardless of mental state, no one likes going places.

7. Call your Grandma. Take the opportunity to call your folks and let them know how you’re doing. Educate them on this national holiday and tell them what a good little boy or girl you’re being. (They’ve already gotten an email about Tour de Franzia.)

6. Gather in a room, turn off the lights, and get some glow-y things. Another activity that is just as entertaining for the enthusiastic sober people as it is for the high ones.

5. Build a blanket fort. A social way for you to literally hide under your covers while the storm passes.

4. Games, games, games. Board games, card games, video games, any games! Play “the floor is lava” with some high friends; that should amuse you and them for some time.

3. Start controversial discussions. Watch a conversation devolve from gender politics and animal rights to being about adopting Ocelots and how freaking hungry everyone is. This is the type of thing that get’s people to say “Dude, we should be writing this down!” Actually do and see what they think the next day.

2. Hang out with people who are high. Just because smoking isn’t your thing doesn’t mean you shouldn’t get to enjoy the amplified personalities and pseudo-profound musings of your friends. What’s the point of getting high if you don’t have a sober friend to tell you about all the weird shit you said and did?

1. Let Loose! Release your inhibitions (feel the rain on your skin) and just take a day to be completely goofy. You don’t need drugs or a national smokers day to do that, but the guise of Four-Twenty is the perfect for those of us who are more reserved and would like to fall back on the possibility of being high when seen at our weirdest.

No matter how you celebrate, hope your spirits were high as a kite.

6 thoughts on “A Counterperspective: Celebrating 4/20 from my Dorm Window”