From the Kim-Frank fellow Rachel Warner ’14: 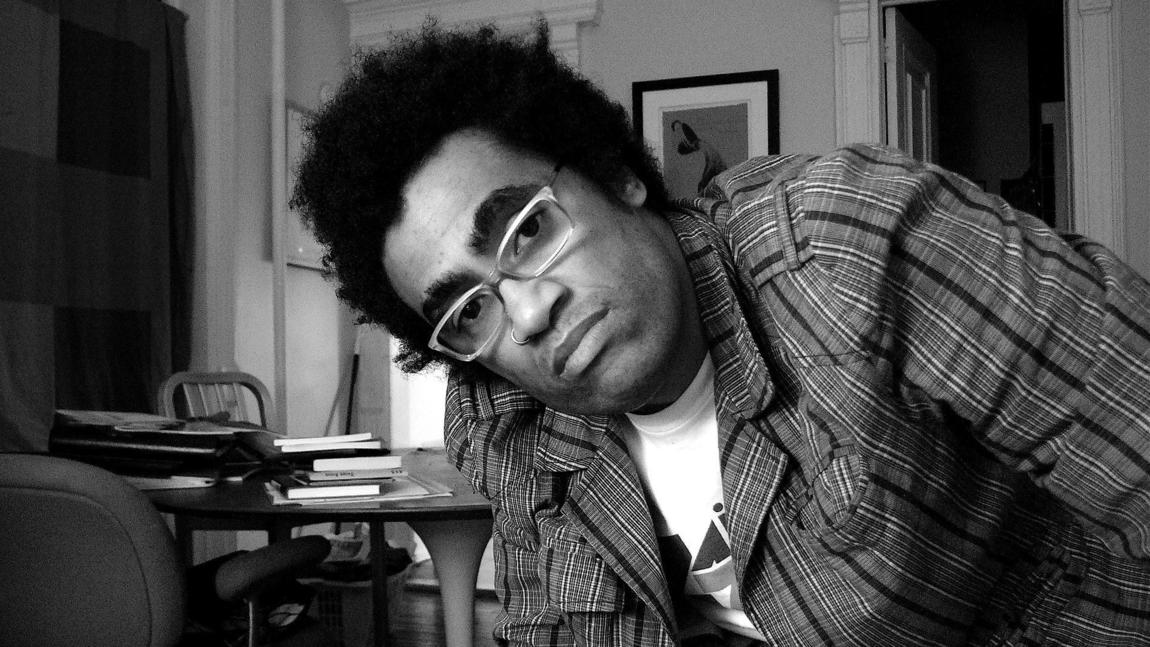 Thomas Sayers Ellis is the author of the collections Skin, Inc. and
The Maverick Room, which won the John C. Zacharis First Book Award, as
well as the chapbook The Genuine Negro Hero. His poems and photographs
have also appeared in Callaloo, Grand Street, The Baffler, Jubilat,
Tin House, Poetry, and The Nation, among numerous other journals and
anthologies. A co-founder of The Dark Room Collective and a recipient
of a Whiting Writers’ Award, he is currently working on The Go-Go
Book: People in the Pocket in Washington, D.C. He is a Visiting
Assistant Professor of English at Wesleyan this semester.

Thomas Sayers Ellis has been described as “a master of the modern
poem—a wide happy fearless intelligence, diligent in verse—deadily
accurate as a sling-shot into the universelle.” His poems explore
themes ranging from racial binaries and systems of classification to
the nuanced relationship between readers’ subjectivities and poetic
experiences.

Hirsh Sawhney is the author of the forthcoming novel South Haven and
editor of the critically acclaimed anthology of original fiction Delhi
Noir, published by Akashic Books and HarperIndia. He is a regular
contributor to The Times Literary Supplement, The Guardian, and The
New York Times Book Review. His writing has also appeared in The
Financial Times, The Indian Express, and numerous anthologies and
journals. He is a Visiting Assistant Professor of English at
Wesleyan.

Hirsh Sawhney has written on topics including the dangerous
valorization of western ideals in Slumdog Millionaire, the state of
independent publishers amid the economic recession, and the hegemonic
influence of English language novels on Indian literary culture.
Publisher’s Weekly describes Delhi Noir as “simultaneously a
shock, an education and an entertainment” and the San Francisco
Chronicle claims that it has “no lack of true-to-life characters
getting twisted, mangled and discarded. Which is why, like the
proverbial train wreck, even as you cringe, you won’t be able to
look away.”

Free and open to the public.
Reception and book signing to follow the reading.
For more information, please call 860.685.3448 or visit
http://www.wesleyan.edu/writingevents.