Last week, we made a write-in for Halloween costumes. We received 23 costumes—up from last year’s turnout of only 7! Here’s a (moderately-sized) handful of costumes that people sent in to Wesleying that show off the spooky, creative, and downright weird Wesleyan spirit:

Costume: Scully and Mulder from X-Files ????

“I went to an all girls, uniform school from kindergarten to senior year, and had to wear a super stereotypical uniform, so I decided to make it a lil spooky.” — LSL ’18

“MHD ’19 and I were Mal Reynolds and Inara Serra from the brilliant but tragically cancelled 2002 space western Firefly by Wes alum Joss Whedon. Her character, Mal, is a war-hardened but deeply loyal and sarcastic captain of our ship Serenity, my character, Inara, is a high-class space courtesan or “Companion”. Described by friends and passerby as “the best costume idea ever”, “I FUCKING LOVE YOUR HALLOWEEN COSTUME”, “costume goals/life goals”, “omg omg omg”, and “you look like a goddess”. The whole shindig was shiny.” — JM ’19

“Flashback to Thursday: I was freaking out because I didn’t have any ideas for what I was going to be for Halloween. I headed down to the CFA costume sale for inspiration, and happened upon this fabulous dress! Immediately, I knew I should use it to be the “dancing girl” emoji. The stars had clearly aligned to make this happen: I thought I’d left my red heels at home, but when I got back to my dorm and looked in my closet, there they were!” — MF ’19 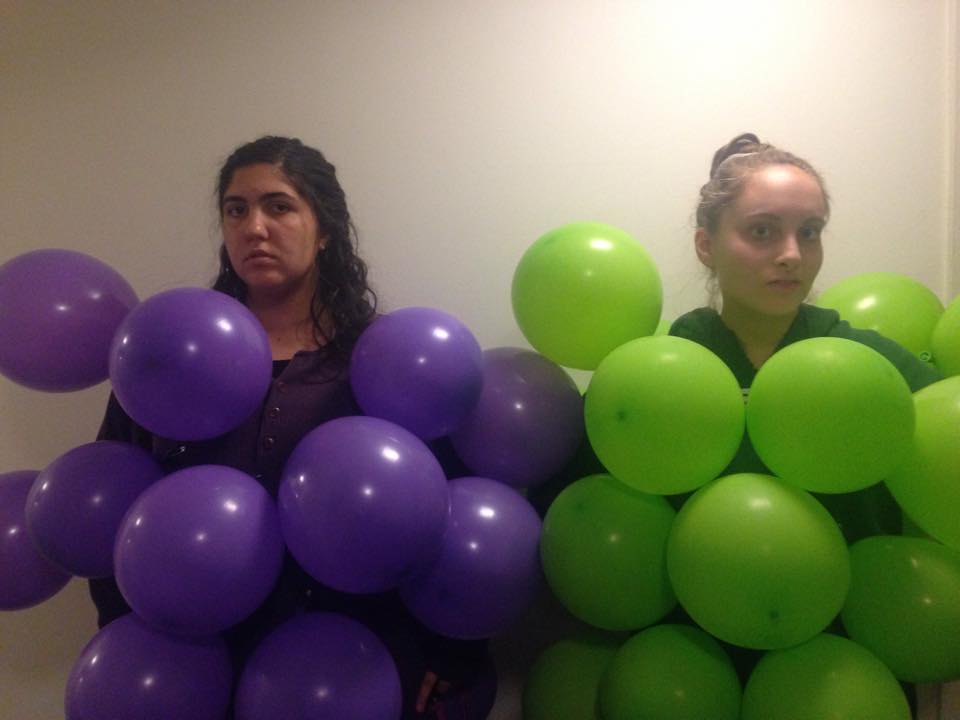 Costume: All of Will Ferrell’s characters

Thanks so much for sharing your costumes with us!

Here’s the last two submissions, which brings our total up to 29 costumes! Good work!

And with that, Halloween is officially over… let’s pray the Christmas carols hold of at least until Thanksgiving is over!