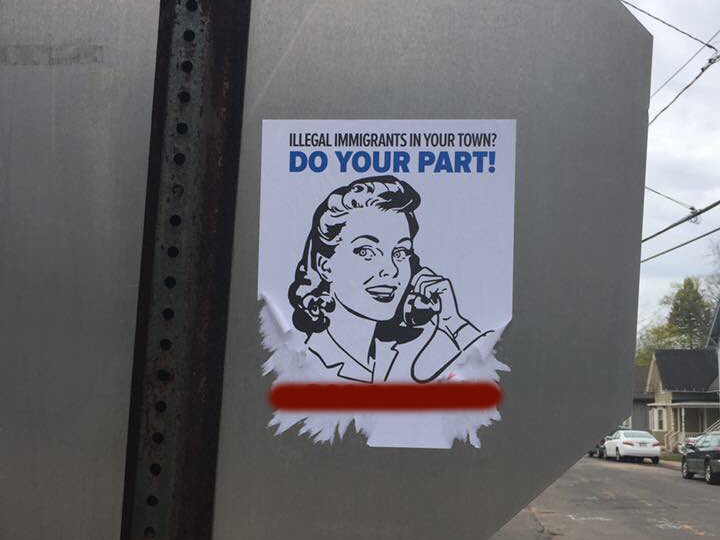 According to multiple Facebook statuses and several posts on Twitter, posters like the one above appeared around campus likely sometime overnight. The posters read: “Illegal immigrants in your town? Do your part!” and figure a white woman stylized as a cartoon and present a phone number for Immigration and Customs Enforcement (ICE). I’ve blocked out the number above so as to not reproduce this dangerous piece of information. According to accounts that have been circulating on social media, there are other posters around campus referencing “white genocide.”

Several people on Facebook have been calling for these posters to be removed, sharpied-out, and/or posted over by anyone who sees them. I want to reiterate these calls and say that whoever is responsible for these posters is absolute filth. In addition to bystander actions, Public Safety should be actively removing these posters around campus, as they are a threat to students and full time Middletown residents.

It is hard to say whether or not these were posted by a Wesleyan student, especially given the scope of national press coverage of Wesleyan’s sanctuary campus declarations last fall.

If the person/people responsible do attend Wesleyan, they should not be a member of this community. Our campus is not safe and most certainly isn’t a “sanctuary” if people who would do something like this are allowed to attend. Wesleyan certainly has the resources and tools to investigate who is responsible and I implore them to do so.

If you have any information about these posters, please email staff[at]wesleying[dot]org, submit an anonymous tip, and also reach out to public safety. We will update this post with more information as it comes in.

According to sources, there was a band of white “protesters” near the 100 block of Washington Street around mid afternoon. According to the source, “they were old white people that had signs that said stuff like ‘white America is real America.'”

Immediately after posting this article, someone sent an anonymous tip to our TipBox accounting for an anti-black racist poster near Fisk that they recently removed:

Just saw your post about the white supremacist posters. Wanted you guys to know there was one on a lightpost next to Fisk that was an anti-black lives matter poster basically saying that black people were murderers and that it wasn’t “racism, it’s reality”. I’d send a picture, but I tore it down. Just letting you know, since i noticed that brand of racist filth hadn’t yet been featured in the blogpost.

Also, immediately after posting this, an ’07 alumni commented on the post (see below) with another photo of the posters and have assured students that they have their back: 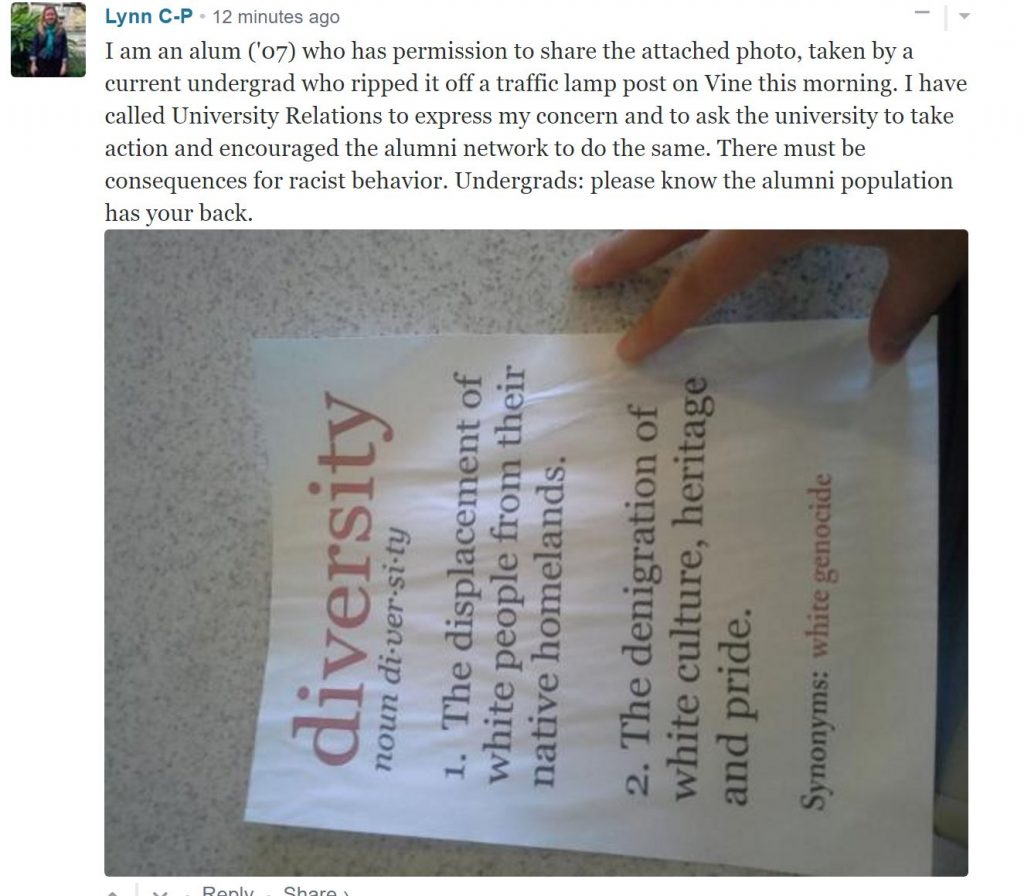 Another poster containing Judeophobic messaging was also spotted on the corner of Church and High St. 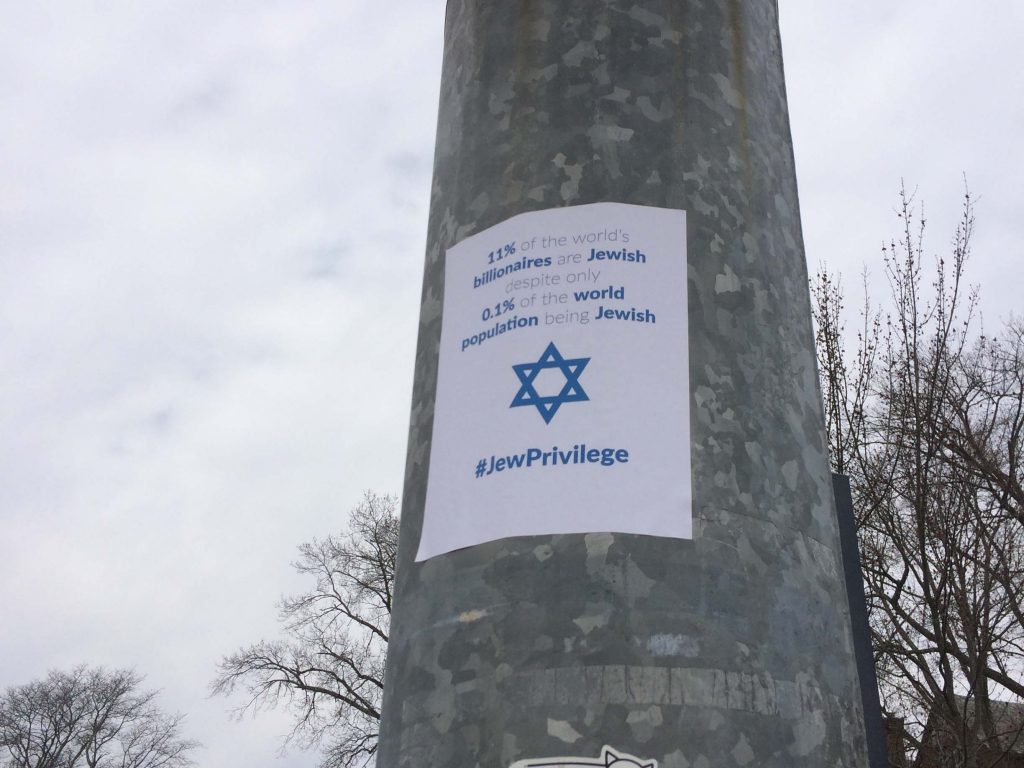 Here is an image of the poster referencing “white genocide” that was mentioned in the introduction to this post. Similar posters were also seen near Long Lane Farm and subsequently covered up by students (second image). 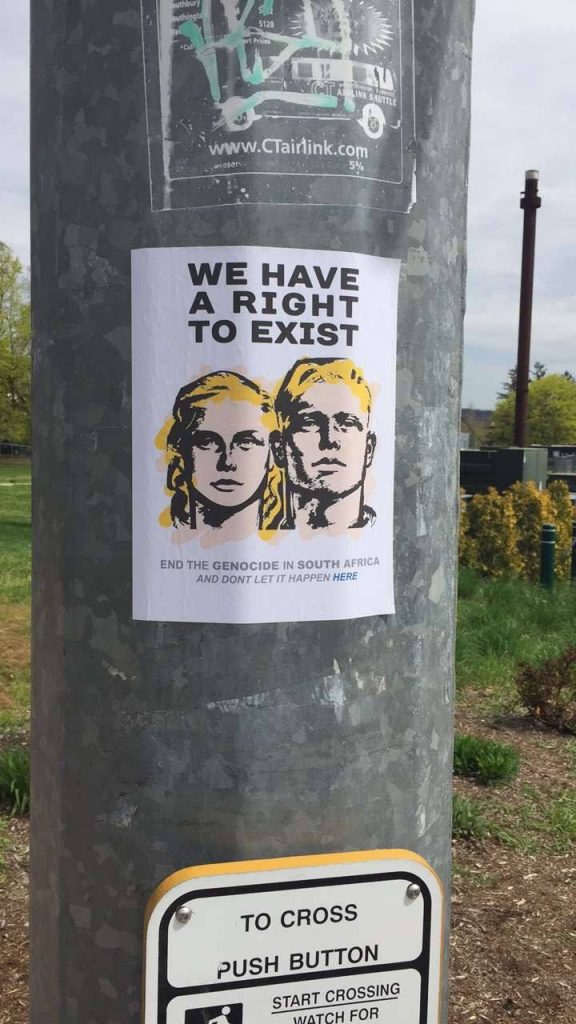 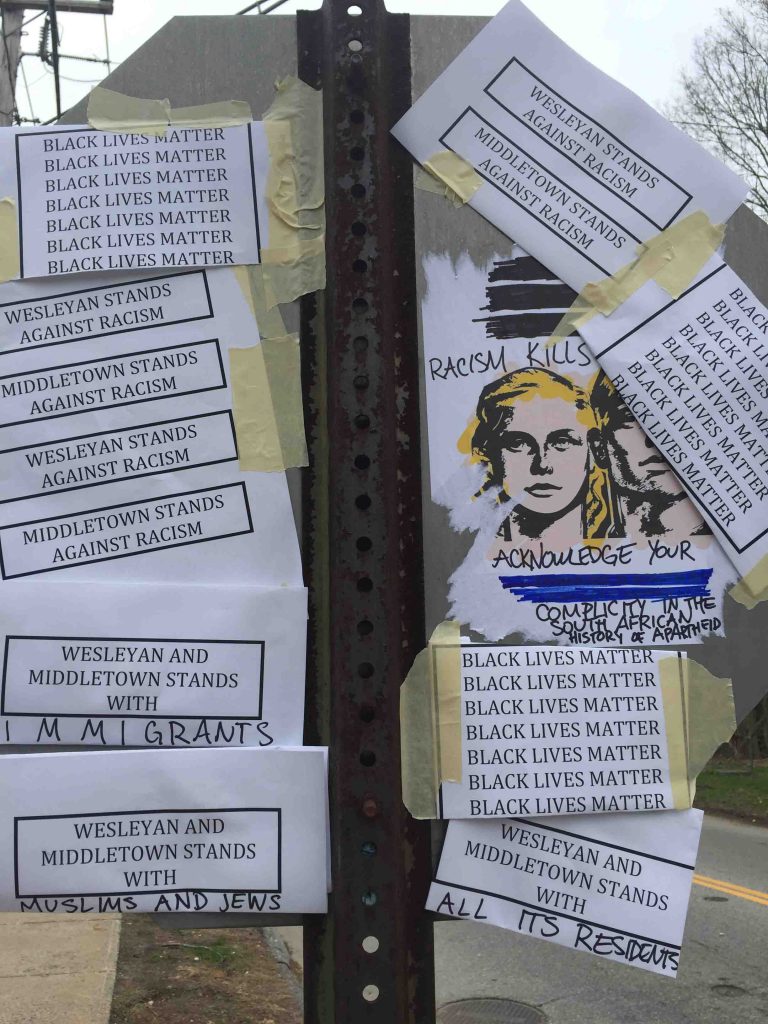