In between all the snoozing on Usdan couches, schmoozing on Foss Hill, engaging in Senior Week shenanigans, chasing after famous alumni currently on campus (shoutout to Joss Whedon ’87, Matthew Weiner ’87, Craig Thomas ’97, Carter Bays ’97, Santigold ’97…), and packing up your life’s belongings with your parents (godspeed), you may have missed an important piece of Wesleyan history reemerge in the Gordon Career Center.

That’s right: after a multi-year absence, the Douglas Cannon has made an appearance once more. Read past the jump for more details 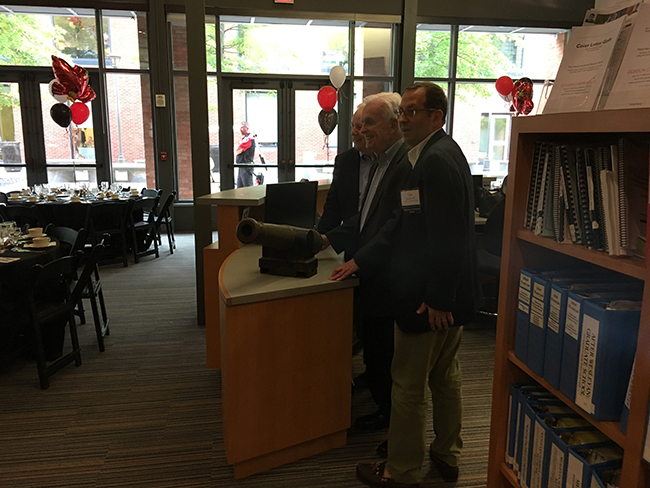 The cannon has a long, rich history at Wes. Nowadays, it’s mainly known for being repeatedly stolen, missing, and brought back at sporadic times, or whenever the so-called “Cannon Society” dictates it’ll reappear. But it’s been through much, much more than that. There are honestly too many good stories surrounding this 140-pound hunk of metal to write them all here, but we encourage you to check out the Wikipedia page for all the details of its bizarre history.

One of our editors happened upon the cannon’s unveiling at the Career Center, and it turns out that it’s for the the Class of 1962’s 55th reunion. Around that time in the cannon’s history, “students in possession of the cannon presented it to Nikolai Bourov, head of the Soviet Union‘s delegation to the United Nations, claiming that they represented the student senate and that it was a gift to the students of the USSR, in order to symbolize ‘peace, brotherhood, and friendship.'” Yes, really. 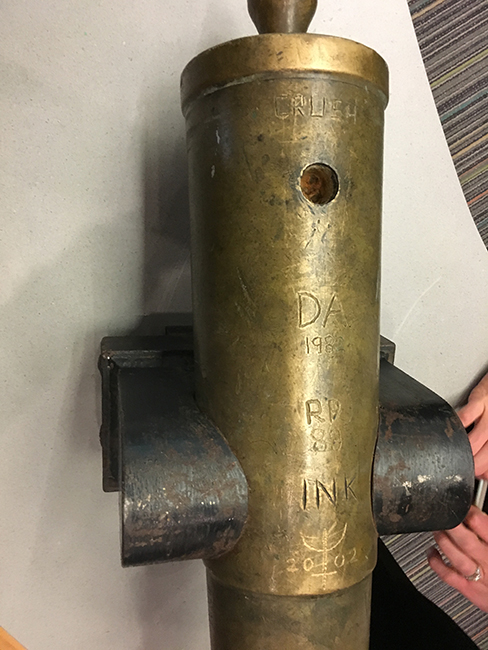 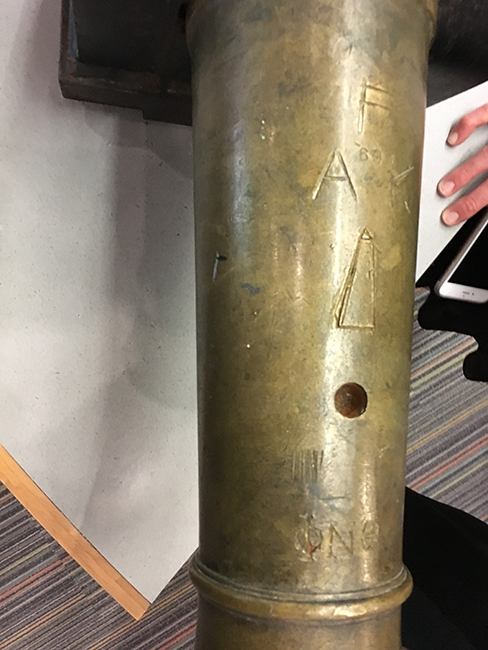