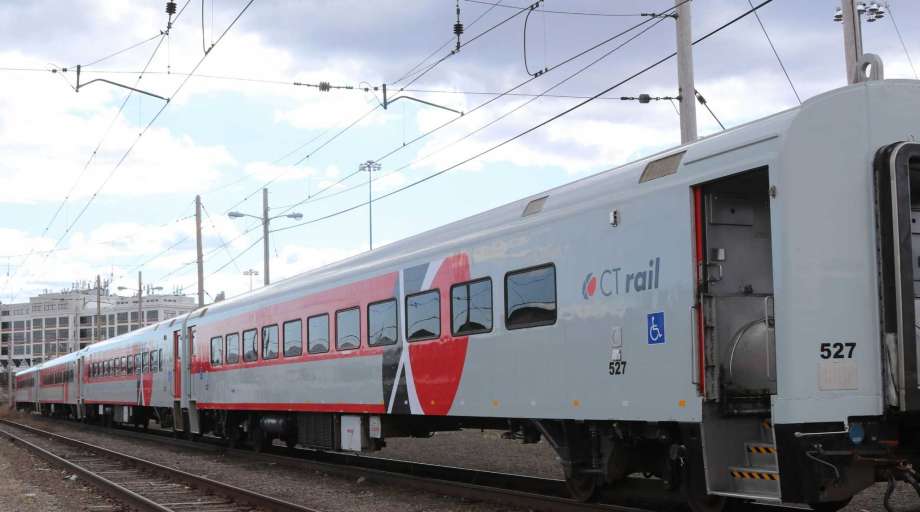 There have been some big changes to public transit in and around Middletown!

The new CTRail Hartford Line launched service on June 16, which means Meriden Station, only around 17 minutes away from campus, will have a reliable and frequent rail service going between New Haven and Springfield, MA. But one-half of the puzzle is still missing–the running of the M-Link Express to connect Middletown and Meriden Station.

This past March, the vision for Connect Middletown was published.

Read more about what’s happened since then after the jump:

1. In April and May: Fighting for Middletown Area Transit Bus Service

The public transit system in Middletown, Middletown Area Transit (MAT), has not been at its utmost potential. With the most recent proposals for budget cuts, the bus agency has not had a chance to fully focus on improving service, but had to focus on fending off crippling budget cuts. This past legislative session, organizers from Middletown came together and demanded no to any bus cuts and won with the Connecticut General Assembly passing a budget without any cuts to transit.

After the past two years of threatened budget cuts to public transportation in Middletown, is time to instill trust, confidence and legitimacy in a public imperative that has, across the country, tried to be privatized or dissolved all together. Public transportation, especially public buses are far too often stigmatized, especially so in a suburban state like Connecticut, where almost 80% of people commute to work by a car.

It is a fact that the cutting of public transportation invariably hurts low-income individuals who depend on such service for mobility. How do we fight this bus stigma, especially in places like Connecticut, or even at Wesleyan? It is not by buying shiny new electric buses, but it is through instilling greater trust and legitimacy in public transit and fostering a greater sense of community with our public institutions.

Without buying any shiny new buses or without upgrading new infrastructure, but just by tweaking a route and adding a new logo (see later in the post), a system or, in this case, a route, can be reimagined. Repurposing already existing infrastructure is an imperative of sustainability that the M-Link Express upholds.

Wow! What a morning! First trains out of Springfield leaving with full seats and standing room only on the Hartford Line. #ridetheline #hartfordline #Connecticut #trains pic.twitter.com/jS6mxRJ3sn

The opening weekend of the Hartford Line was a huge success with people in the thousands coming out to check out the new service. To recap, the CTRail Hartford Line will be running 17 round trips daily between New Haven and Hartford with 12 of those trips continuing onto Springfield, MA. So far, the rail line has been deemded successful by Governor Malloy as the Hartford Line in its first full week topped 10,000 riders.

With Meriden Station only being 17 minutes away from the proposed Fisk Hall stop at Wesleyan University, students, faculty, staff and visitors can access the CTRail Hartford Line and be able to get to New Haven to catch Metro North into New York or get to Hartford in order to reach Bradley Airport, amongst many other destinations. The price of a one-way ticket from Meriden to New Haven is $4.75 and from Meriden to Hartford it is $4.50.

***Until the M-Link Express is up and running a more affordable option to get to New Haven is to Uber/Lyft from Wesleyan to Meriden, which costs between $15–20.

How now to Get to Bradley International Airport?

In order to get to Bradley Airport, there are now a couple of options.

All of these options are cheaper than an Uber/Lyft from Middletown, which costs around $50–60.

3. The M-Link Express Route is Making Progress in being Planned

The question for Wesleyan University is how to most easily get students, faculty and staff to ride the M-Link Express. Those discussions are currently happening with the Wesleyan administration and with Middletown Area Transit. More updates on this should come by mid-August regarding bus scheduling and fare logistics.

Connect Middletown seeks to revitalize the M-Link service, a route serviced by Middletown Area Transit (MAT). This proposal strives to enhance Middletown’s connection to the wider region by keeping local M-Link service in place and launching the M-Link Express, a modified route that will provide a faster ride to Meriden Rail Station, where this past June, the new commuter rail, CTRail Hartford Line, began service between New Haven, CT, Hartford, CT, and Springfield, MA.