“I mean, I studied abroad in Athens. Is that what you mean by Greek Life?” 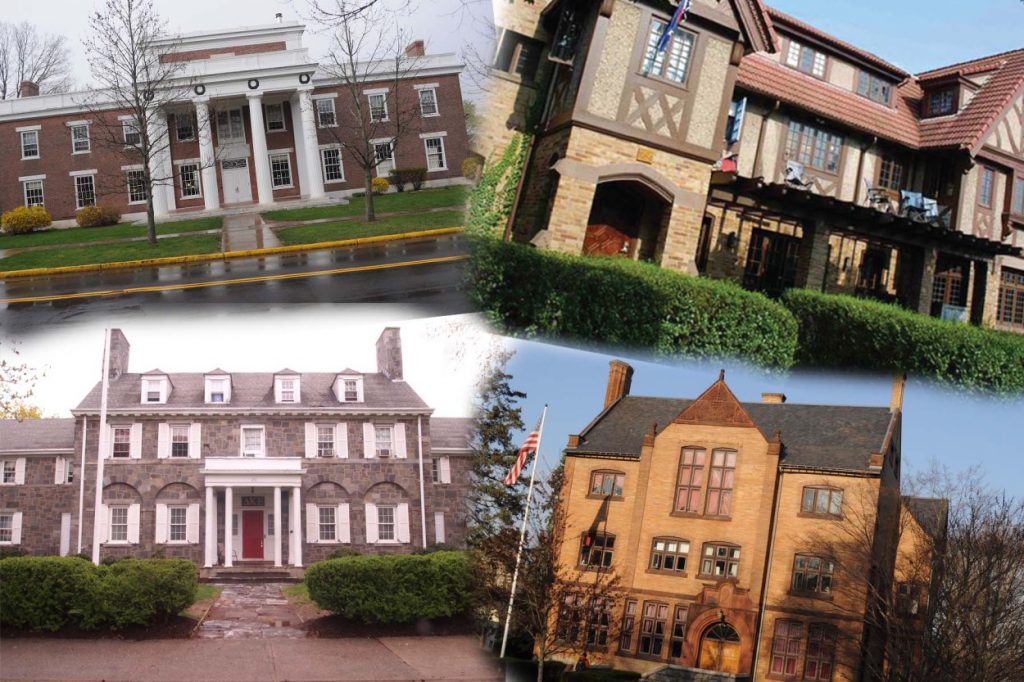 This is sdz‘s update of wilk‘s update from 2016 as part of our 2018 Unofficial Orientation Series. A quick reminder that you can check out our welcome post here and past years’ series here.

So this article is gonna be interesting. It includes an aggregation of updates from both 2016-2017 and 2017-2018. Both years included some pretty pivotal Greek Life related things that you probably wanna know about. Some of you may be surprised that we even have Greek life (apparently other lib arts schools don’t?). Others might have already delved into our storied Greek Life related past. Are we about to tell you that Wes Greek Life is back to its prime? No. But there’s some new stuff here that you’re probably gonna wanna know, so it’s probably best that you hit the jump.

Only an estimated 7% of the Wesleyan student body actually participates in Greek Life. In many ways, our Greek Life culture isn’t really comparable to the likes of Big State Schools™. What we like to do is actually internalize all that frattiness and keep it pent up all year until Spring Fling, when Fountain turns into Wes State and we darty like the best of them.

In all seriousness, our campus culture is not defined by Greek Life. I’ve never felt any pressure to join Greek Life, nor have I ever felt that it is compulsory in order to have a fulfilling social life. In fact, the lack of Greek Life related pressure in my life is one of those things that makes me incredibly thankful for my decision to choose Wesleyan. Greek Life is there if I want it, but not if I don’t.

I’ve had many a drunken conversation with people on all sides of Greek Life. These were conversations where people were everything from angry, happy, and excited to pretty uninterested. These interactions have helped shaped my perspective, which in turn informs my writing of this article. I think it’s important to mention that I’m not a part of any of the Greek societies on campus, so everything that I know is from my conversations with people, and from following along closely to the news and the campus conversation.

Wesleyan’s Greek Life website is pretty informative if you’re looking for the school’s official information about Greek Life. That site has a lot of info on how to become involved, formal mission statements, and students to contact. But in addition to the formal speak, here’s a brief summary on the status of each society.

At the close of the 2015-2016 school year, there were only two remaining residential greek societies on campus, Psi U, which got its house back for the 2016-2017 year, and Alpha Delt. At the close of the 2016-2017 school year, not much had changed except that Eclectic had tried to regain program housing status, but failed. A town hall was held, where many students argued that it was just too soon to determine whether Eclectic had truly learned from its past mistakes.

Fast forward to Fall of 2017. A community forum was held regarding Eclectic’s housing status, but URLC’s decision was delayed to winter break of that year. On January 27, 2017, our fave, Fran Koerting, informed the Wesleyan community that Eclectic would in fact be regaining program housing status for the 2018-2019 year, with one caveat: Eclectic would have to share 200 High Street with Movement House. Delta Kappa Epsilon, a.k.a. DKE (pronounced deek) lost its program housing status in the spring of 2015, and did not regain program housing for the 2017-2018 and 2018-2019 cycles. Beta Theta Pi is never regaining program housing status, so don’t hold your breath. DKE, Alpha Psi Alpha (formerly known as Alpha Epsilon Pi), Rho Epsilon Pi, and Chi Psi are all officially recognized by the university, but are considered non-residential societies. Alpha Delta Phi is living its best life and has come out of all this drama largely unscathed. 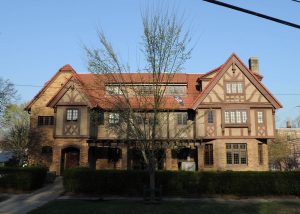 The chapter of Beta at Wesleyan was the first to go and the one to never come back. Colloquially known in the media as “the rape factory,” Beta landed Wesleyan a mention in the The Hunting Ground, the notable documentary concerning sexual assault on college campuses nationwide.

With that rep, you’d think the University would have banned their organizing way before the incident one week into the Fall 2014 semester where a student fell from the 3rd story window at the fraternity. After this incident, the chapter was disbanded, and now the house is up for sale by the owners. Currently, there are some full time residents of Middletown that are tenants of the space, and students often rent rooms while working at Wesleyan over the summer. 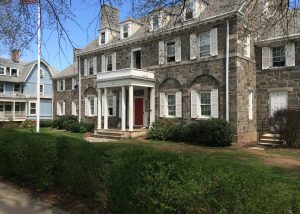 The former residence of DKE.

Currently, the residents of Delta Kappa Epsilon do not have access to their former frat house for the coming year. It seemed unlikely that they would, as the members are working with DKE alumni on an open lawsuit against the University claiming gender discrimination.

The society resisted full coeducation of its ranks, citing its national charter which barred any female-identifying members. Instead, they proposed to share their house space with the non-residential sorority Rho Epsilon. The University did not accept this proposal, and the lawsuit ensued. So there was no DKE house two years ago, there was no DKE house last year, and there isn’t one this year.

2018 update: In December of 2017, the Court ordered that Wesleyan reopen DKE’s house to students for the fall of 2018. The University asked the court to delay enforcement of this ruling while Wesleyan pursued an appeal of this decision. The Argus has done a substantial amount of reporting on this lawsuit, and it’s worth the read if you’d like a more play by play account of the litigation process. As previously mentioned, DKE has not regained program housing status for this fall. However, I predict DKE will probably have a pretty big role in this year’s campus conversation, especially in light of Eclectic (kinda) regaining their program housing status. Look forward to a DKE FAQ this September!

For those of you interested, you can still rush DKE, as it is permitted to continue functioning as a non-residential society. But you can’t go in the house (unless you have the key) (haha). 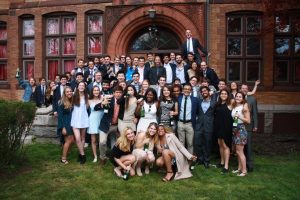 During the year of frat tears, Psi U seemed the least likely to go. In the Fall of 2014, Roth stated that the society was on probationary status for the coming semester and was not allowed to host social events. This was because of sexual assaults associated with the space in 2011 and 2013.

However, during the Spring of 2015, the society embraced the University’s mandate to coeducate, and is now on the heels of their second coed pledge class. But, just before the Fall of 2015, University officials announced a decision to ban all students from the residence for the 2015-2016 school year.

After a year hiatus, Psi U returned to their residence with full social privileges at the start of the fall 2016 semester. At the time, we were hoping for a safe and inclusive year at 242 High St. where the height of our worries would be a redux of the false alarm that shut down Goldlink.

This past year, Psi Upsilon’s name came to national attention when its Cornell University chapter was associated with a hate crime and was shut down indefinitely by Cornell’s administration. Wesleyan’s own Psi U chapter responded swiftly with a statement regarding the events which can be read here.

The Eclectic society had its program housing status revoked during the Spring of 2016. This came after a series of intense institutional fuckery. For 2016-2017 year, the space at 200 High St. (which, very oddly, was designed by the architect of the Lincoln Memorial) was occupied by MuHo (Music House). The society was permitted to organize in a non-residential manner, and Eclectic members were permitted to apply to live in Music House for the coming year. On the future of the space, the director of residential life, Fran Koerting, stated in an all-campus email:

In the fall, I will work with the Undergraduate Residential Life Committee and the WSA to determine future use of the house.

Over the 2016-2017 year, Eclectic reapplied for program housing status but was not successful in its appeal. It continued to function as a non-residential society. For the 2017-2018 year, Music House relocated to Washington Ave, and 200 High St. was given to Movement House. Eclectic reapplied for program housing status for the 2018-2019 school year. It has been permitted to share 200 High St. with Movement House this upcoming year. 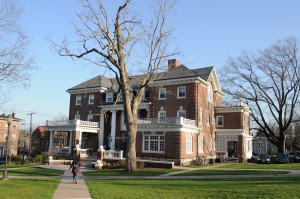 Alpha Delt, as we call it, is a coed Greek literary society. Once upon a time, our university president was also president of Alpha Delt during his time at Wes. This space is home to the Star & Crescent campus eatery (they have very good food) and also a “group shower” that has a twister game board printed on its walls.

Anyway, there’s nothing really complicated to say about this organization. They are good to go for the Fall.

What used to be the first but is now the latest is Alpha Psi Alpha, formerly known as AEPi. AEPi was a chapter of a global Jewish fraternity that had been on campus since the Fall of 2009. They used to get together to snag one or two senior houses and throw some nice parties, which Alpha Psi Alpha continues to do. Wilk was pretty sure they founded the Pine Palace Facebook account. In the Fall of 2016, the members of AEPi voted to disaffiliate from their national chapter. In a statement to the Argus, then-president Jared Fineberg ’17 outlined their reasons for disaffiliation. Alpha Psi Alpha is an independent Greek organization, and considers itself to be Wesleyan’s oldest-newest greek society (or something). In order to join the fraternity, you must be male identifying at the moment you receive a bid invitation. 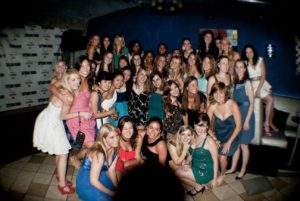 Rho Ep is the only sorority on campus. They were founded in the Spring of 2011. They’ve been pretty active these past two years, with quite a few people rushing in both 2017 and 2018. They do pretty funny Usdan rush rituals. You can find them on Facebook and Instagram. Rho Ep is open to all female-identifying persons that are interested in rushing.

Chi Psi used to call 200 Church home. You can read up on its history here. They also have a WordPress and a Facebook page. They’re cool I guess, but they haven’t been super visible these last two years.

Some other people have had opinions about our Greek Life in the last few years. Plus some updates from the Courant, which has closely followed DKE v. Wesleyan litigation. The Atlantic from 2015. The Boston Globe from July 2017 (lol the Boston Globe). The Hartford Courant on DKE. WBUR on Wes Greek Life co-education.

wilk‘s disclaimer from 2016: Note that I’ve chosen for Greek Life to not inform my personal experience at Wesleyan. It’s just not something that I’m into for a variety of reasons. Yes, it’s there. But it is no longer in the traditional form. We are not Amherst and other LACs (who have banned all Greek societies), but we are also not a large state school. The campus culture is going to be defined by those not involved with Greek life, but you can participate if you please.