Did you miss the Dating Violence/Healthy Relationships talk at Beta? Wish you had heard about the FGSS Symposium? Wondering about different queer groups on campus? Sign up for the WeSex listserv – every week you will receive ONE email (really! Just one! We promise!) with information about events and issues on all things sex at Wes. If you have something to submit to the email blast, send it to ccohen@wesleyan.edu by Sundays at 5pm.

ASHA for College is working on some new workshops and we want YOUR input about what you’d like to see at Wesleyan – Debunking Cosmo Mythis? Monogamish Relationships? Take this QUICK (30 second!) survey and let us know. 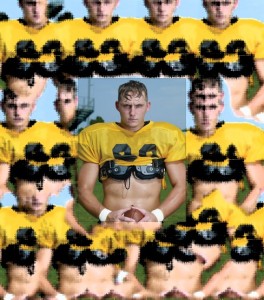 A.A.R.O.N ’15: You know that building in the CFA, the one with the ramp on the way to the film series. Yeah, that one. Zilch? No, isn’t Zilkha? Whatever. Anyways, the thing there is wrapping up. Turns out the show, Mixed Signals, will be saying “bye” to our fair campus this October 23. And you should take a look before it goes away. Masculinity/sports/strength/weakness/blood/jockstraps/cowboys? Sounds like a Saturday night? How about a Tuesday-Sunday, noon-4pm and Friday noon-8pm (night)!? I know, right!? Right! Do it. Or regret it.

What: Mixed Signals, art exhibit addressing issues of masculinity in sports
When: now until October 23rd
Where: Zilkha Gallery in the CFA

This past Friday the Senior Class Council sponsored a free trip to Destinta for any senior who made a $2 donation to the Senior Scholarship (a fund that will be given to one worthy Wes admittee from the Class of 2016, with a goal of $25,000). Seniors enjoyed entrance to any movie of their choice, (for those of you that chose 50/50-excellent choice!) and free popcorn and soda (wonderful treats). Don’t forget! The Senior Class Council is selling passes to all official Senior Events all this week during Usdan lunch on Tuesday, Wednesday & Thursday and in the Exley lobby from 7-9pm on Tuesday and Wednesday. Get em’ while they’re hot! (and so you don’t have to pay for each event separately, not the best call) Enjoy a mini-slideshow of great senior timez at Destinta below. 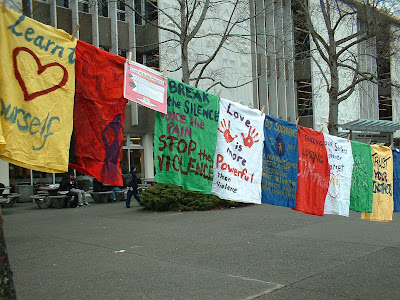 The clothesline project is a vehicle for those affected by, or those that wish to raise awareness on, violence to express their feelings by decorating a t-shirt to display on a clothesline to be viewed by others as testimony to the problem of violence.

This will be displayed in the Olin Lobby starting this coming week. In the meantime, SFCC will be tabling at Usdan this week during lunch and dinner if you want to decorate a t-shirt. There will also be a workshop for decorating shirts in a more private space during the SFCC meeting this Monday at 8 p.m.

Tabling:
Where: Usdan
When: Starting tomorrow 10/13 at Noon 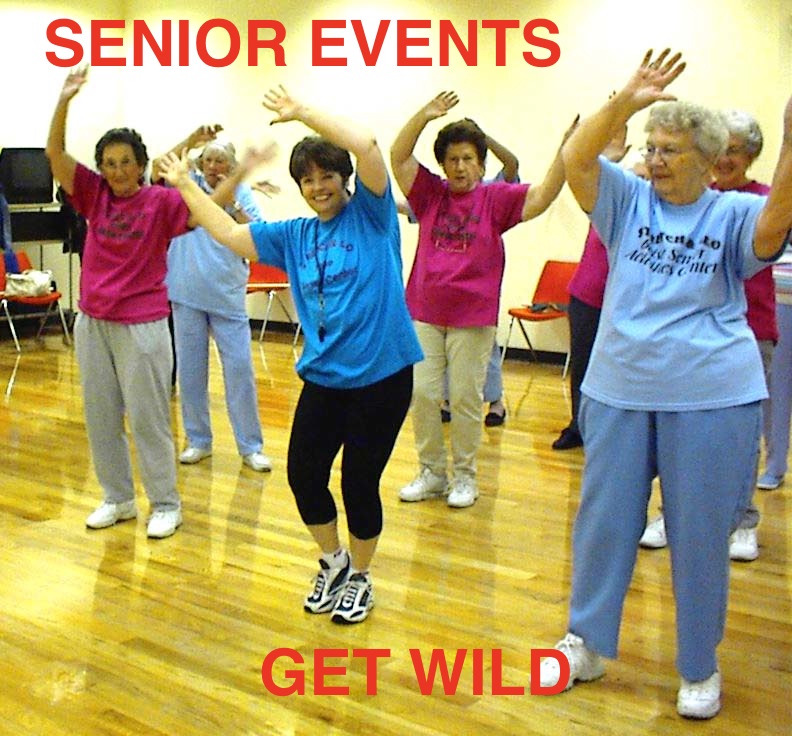 Seniors! It is officially time for us to partake in the wonderful Wesleyan tradition of romping about together at various delightful parties called Senior Events. Passes for these FIVE events will be on sale from October 10-20th and will cost $140. A pass guarantees entrance to all events and EVERY EVENT includes food, drinks, dancing, music and various other activities! 8% of the pass cost will be donated to the Senior Scholarship–a fund raised entirely by our class that will help send ONE worthy member of the Class of 2016 to Wesleyan!

Two events will be held in the fall and three will be held in the spring. The first event will be a rollicking Great Gatsby party with several live musical acts on November 16th and the second will be a Winter Formal held on December 12th.
Hurry and pick up your tickets, you beautiful fools–the sale times/locations are as follows:

END_OF_DOCUMENT_TOKEN_TO_BE_REPLACED

Sexual assault is an issue that touches all of our lives; whether we have experienced it personally or have a friend who has been sexually assaulted.

WHAT IS SEXUAL ASSAULT?

Any sexual act that occurs without choice and consent that may include sexual touching, rape and sexual exploitation.

* Physical force and injuries do not need to be present for it to “count” as a sexual assault. In most cases, physical violence is not used, instead the survivor is threatened or pressured into doing something he or she doesn’t want to do.
* It is considered sexual assault if the survivor is unable to give consent because s/he is incapacitated due to drugs or alcohol. If a person is intoxicated, they cannot give consent.
* Most survivors know the person who assaulted them.
* Healing is possible.

Dealing with the aftermath of a sexual assault is hard to do alone. The Sexual Assault Survivors’ Support Group (SASS) is a place where sexual assault survivors can regain their power through connection with other survivors. If you have been sexually assaulted, either as an adult or as a child, and would like to connect and heal with the support of other survivors, please contact Counseling and Psychological Services and schedule an intake appointment with Alysha B. Warren at 860.285.2910. The sexual assault does not have to have occurred on Wesleyan’s campus. If you have experienced a sexual assault, we invite you to begin your healing process in the company of other survivors. The group will be held on Wednesdays beginning October 19th from 6:30-7:45p.m. (location to be announced).

The group will be facilitated by Alysha B. Warren, LPC, Therapist/Sexual Violence Resource Coordinator, and Maggie Cohen ’12, Sexual Assault Resource Team (SART) Intern. Their role in the group is minimal as group topics are dictated by members and their unique experiences.

END_OF_DOCUMENT_TOKEN_TO_BE_REPLACED

“She asked for it.” “He shouldn’t have been so drunk.” “She was practically having sex with him already.” “I know he’s a really good guy so he wouldn’t have done that.” “But they’ve hooked up before and ze didn’t say no…”

Help us combat these myths! Come to the Students for Consent and Communication (SFCC) and Take Back the Night Meeting! We create a safe environment on campus by:

… and much much more!

But when I do, it’s to the Waste Not! Collection Zones in my dorm’s lounge or laundry room. Donate as you pack! Waste Not! will collect any unwanted but usable clothing, furniture, fridges, books, electronic devices, school supplies, posters, lamps, mirrors, cleaning supplies, non-perishable food & more. All proceeds from September’s tag sale go to charity & to Wesleyan sustainability efforts. Email us at wesustainability@gmail.com with any questions

So this Saturday Beta will be having a big concert from 9:30 all the way into the early morning. Featuring a variety of acts including two Wesleyan bands, Chiknissz n da Cran conXshun and One Track Mind, as well as two Wesleyan DJs, Don Johnson and Yea Mann (who opened up for Chiddy), one visiting DJ, iGGy tALLs, one Wesleyan rapper, Glenn ‘Louie Futuristic’ Thomas, and two big up-and-coming rappers from D.C., Franky Murdock and Beau ‘Young Prince.’

We are hoping to get things extremely wild by intercutting DJs with the live performances to keep everyone dancing and excited. There will be no drinking at the event. Tickets will be sold for $5. It should be a good time and a lot of fun for everyone. Proceeds will go to benefit Birthright Earth.
Check it out, here’s a sample of what’s to come:

Live in a woodframe or program house? Your house is automatically entered into the Do it in the Dark Energy Competition. Each month two groups of housemates each win gift certificates for a dinner in town at a restaurant of their choice! The prizes are given to one house in each category: least total energy per square foot and least energy per square foot compared to the same house during the same month, the previous year. Reduce your energy consumption and you could bring pride and free dinner to your house!

Each month the winners (and losers!) are posted on our blog, WESustainability.blogspot.com. Check it out to see if you’ve won and get tips to reduce your energy usage!

Do it in the Dark from Wesustainability on Vimeo.