Max Ornstein ’09 is casting for his senior thesis film, “Memphis”.

Fresh off the release of new mixtapes with Lil Jon and Kanye, DJ Benzi is touring the US leaving a trail of stunned party-goers in his wake. Having collaborated with Sean Kingston, Cool Kids, Pitbull, Nina Sky, Donnis and Kanye, Benzi is an up-and-coming DJ recently named one of the Next 100 by Urb Magazine and has shown up in XXL Magazine, Scratch Magazine, The Rolling Stone, The Washington Post, and MTV.

Meanwhile, Wesleyan’s own too-hott-to-handle DJ duo Chrome Punch continue to bust down inhibitions and eardrums as they trek to their way to hip-hop infamy. Look for Ian J & Harrison Schaaf ’10 to kick it to the next level as they return to the friendly confines of Psi Upsilon.

Its gunna be another one of those memorable ones…Get hype!

Roughly 30 students were peacefully enjoying musical stylings of Barefoot Junction outside 40 fountain today when psafe, middletown police, and a k-9 unit showed up. Is this the end of Fountain as we know it? Is wesleyan the new police state? Certainly something has changed at our wonderful university. If anything tonight is an unfortunuate allusion to the end of spring semester in ’08.

Please comment with any first hand acconts or corrections.

We as a band do not know the specific details of the event, only that we were cut off mid-set by the authorities. We do not know why Middletown police showed up in the numbers they did. What we do know is that Wesleyan students behaved like champions tonight, allowing P-Safe and MPD to do what they had to despite how overly cautious and obnoxious their actions were. The best thing that Wesleyan students can do right now is give the authorities no legitimate reason to repeat last May’s incident by being orderly and responsive to their demands, and tonight’s party was a good example of the strategy we can use to avoid further ridiculous conflicts.

That being said, Fountain is far from done and Barefoot Junction will live to groove another day. Our resolve is strong, Ph.D program multiple credits, and our funk reserve brimming with vigor and zest. Contact us at jbkeller@wes for a funk injection. And remember: we shall return…

Come with a song to sing us!

Devon Hopkins ’11 creator of the Wesleyan Class of 2011 facebook group writes in to tell us that the rising frosh are already getting in on some awkward cyber interactions before, you know, real life. You can gawk at it here. Devon also writes that there was a good article apparently on this site concerning how to get your e-mail login. I can’t find it, but if I remember correctly it’s generally (first initial)(last name)@wes pass:wesid(initials). It’s been a few years though, let me know if I’m wrong.

jenn said…
yes, but some people have common names and their middle initial is added after the first letter of their last name. if that doesn’t work try your first two letters of yur name, but who knows.

And there you have it.

Edit by Isaac:
From Sam’s comment, which is correct as far as I know:

Your password, if it’s the same as it was last year, is the first two letters of your e-mail address, and then your WesID.

Your e-mail address is usually your first initial + last name, however, it may include a middle initial, you may get a number at the end if there are lots of people with what would be the same e-mail, and your e-mail address (the part before the ‘@’) will not be longer than 12 letters. (And hyphens, etc., are not included in your address)

The faculty of Harvard Law School has unanimously approved a motion for open access: articles will be made freely available in an online repository.

And you thought finals week was painful?

“Mr. Wyden said he was concerned that, under the new rules, the Bush administration had put Geneva Convention restrictions on a “sliding scale.”

Hey kiddos. Be safe out there. But of course: feed your head!

LSD-25
Shrooms
Everything Else

Remember, stay safe. Don’t use anything you haven’t looked into (i.e. don’t just assume that 12 hour acid trip is a joke). More important than anything – enjoy what is looking to be a gorgeous day on the hill! 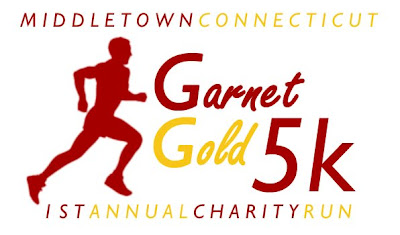 DANCE PARTY AND SHOWCASE
When: Saturday, 10:30-2am
Where: PSI U
How: Tickets on sale at Usdan, $2 advance, $4 at the door
Who: Hosted by Impact, EON, Wesleyan Entrepreneurs

Because I know you can’t wait until Spring Fling…

Come on out Saturday night, forget about your papers, and dance your ass off. This is the most loaded night Wesleyan’s seen all semester.

All proceeds are going to Fonkoze, Haiti’s largest microfinance institution, and will benefit the implementation of their solar lending initiative (providing solar panels to electrify the businesses of impoverished entrepreneurs).