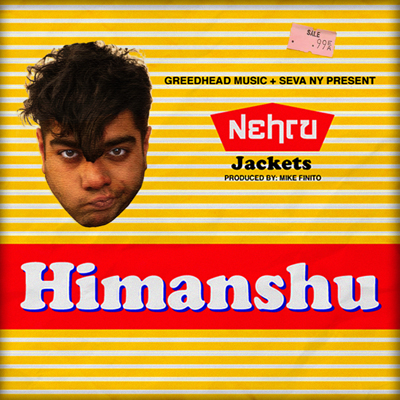 What do a Queens gourmet fire-flame chef, a comedy writer-turned-Community star, a 30-year-old Detroit MC with a penchant for Adderall, a Mishka-wearing, wing-eating Crown Heights wild boy, and Victor Vazquez ’06 have in common? They’re all booked for Zonker Harris D—

Well, no. That’s just a smattering of the guests you’ll find on Nerhu Jackets, the brand new Mike Finito-produced mixtape by Heems, aka Himanshu Suri ’07, of Bard Art College-based rap outfit Das Racist. (He’s the one with slightly less hair, sort of.) (Edit: just kidding, Victor shaved his head.) As Pitchfork reports, Heems recently released the tape in partnership with SEVA NY, a Queens community organization, in an effort to publicize the remapping of local political districts in the borough.  Whoah. There’s also music involved.

Fans of Danny Brown’s delirious, cartoon-voice flow could do worse than stream “You Have To Ride The Wave,” which also features Wesleyan-bound Brooklyn weirdo Mr. Muthafuckin’ eXquire and the ingenious rhyme “Up late at night on Twitter/ I talk to Salmon Rushdie/ Like, it’s just me and him/ I got dirt on you doggie like She & Him.” My faves, though, are “Womyn” and “Womyn 2,” Heems’ bizarrely catchy (or possibly just bizarre) two-part feminist anthem, boasting highlights like “Womyn, I respect you/ Womyn, I wish more people respected you/ Men are scum/ Usually men are dumb”and “Yo, I know, like, seven womyn/ They like to go swimming/ They like to drink tea/ They like to think in the cool breeze from the east on the beach.” Eventually Childish Gambino shows up, because, like, why not?