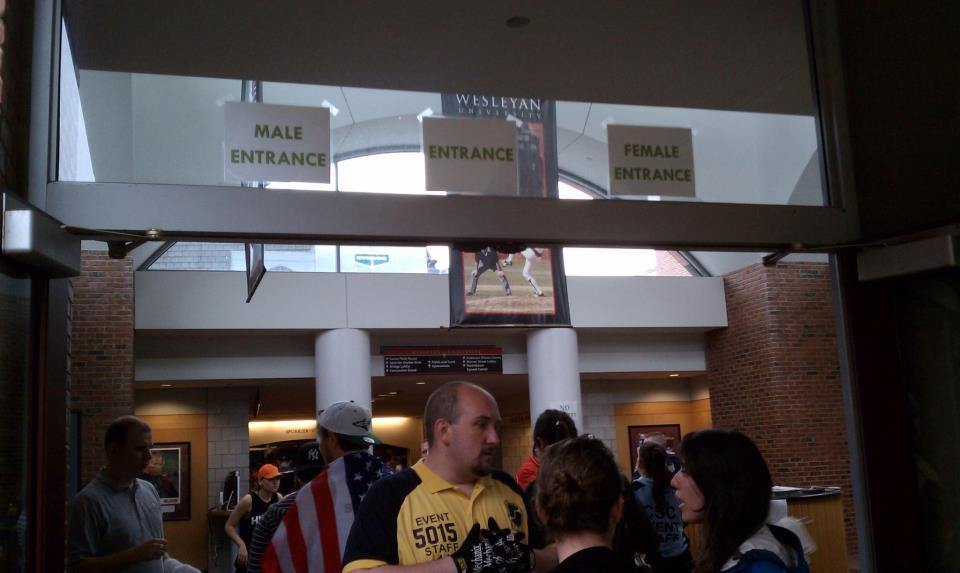 Last month, an undetermined number of students ripped off gendered bathroom signs around campus, replacing them with paper “All Gender Bathroom” signs. Three students were referred to the SJB for the removal of these signs, despite a lack of concrete evidence that any of them participated in the degendering process. The three students are being tried by the SJB today, where they face thousands of dollars in fines, untold judicial sanctions, and — despite the fact that their guilt remains undetermined — one has already lost their work-study job.

The following press release emerged yesterday and has begun cropping up around Tumblr and other social media websites since then. In addition, an alumni letter calling for solidarity with the accused activists has been making its rounds gathering signatures. The hearing will take place today at 4:30 PM in North College. Check back here to see how it goes.

The full text of the press release, for your reading pleasure.