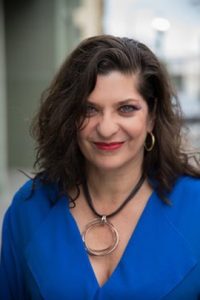 This presentation investigates how visual documentation transforms our affective encounters with Latina sexualized embodiment. Using the biographical archives of a San Francisco transgender activist, Adela Vazquez, it asks what does seeing tell us about the subjective experiences of the life stories we encounter textually? And how does the embodied presence of the speaking subject of auto/biography hover over captured visual depictions of their lives?

Juana María Rodríguez is Professor of Gender and Women’s Studies and Performance Studies at the University of California, Berkeley. She is the author of Queer Latinidad: Identity Practices, Discursive Spaces (NYU Press, 2003) and Sexual Futures, Queer Gestures, and Other Latina Longings (NYU Press 2014) which won the Alan Bray Memorial Book Prize at the Modern Language Association and was a Lambda Literary Foundation Finalist for LGBT Studies. Her work has been published in academic journals internationally and she has been featured on NPR’s Latino USA, NBC.com, Canadian News Network, and Cosmopolitan for Latinas. She is currently working on a book on visual culture and Latina sexual labor.

If you have questions about the event, please feel free to contact lgrappo(at)wesleyan(dot)edu. Hope to see you there!

From the American Studies Department: 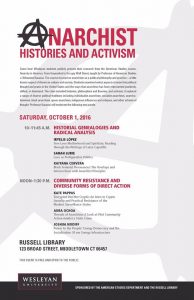 Come hear Wesleyan students publicly present their research from the American Studies course, Anarchy in America: From Haymarket to Occupy Wall Street, taught by Professor of American Studies J. Kehaulani Kauanui. The course focused on anarchism as a political philosophy and practice—a little known aspect of American culture and society. Students examined select aspects of anarchist political thought and praxis in the United States and the ways that anarchism has been represented positively, vilified, or dismissed. The class included histories, philosophies and theories, and activism; it explored a range of diverse political traditions including individualist anarchism, socialist anarchism, anarcha-feminism, black anarchism, queer anarchism, indigenous influences and critiques, and other schools of thought. Professor Kauanui will moderate the following two panels.

“Encrypted But Not Cryptic: An Intro to Crypto Anarchy and Practical Resistance of the Modern Surveillance State,” Kate Pappas ’18
“Threads of Anarchism: A Look at Flint Community Action Amidst a State Crime,” Aura Ochoa ’17
“Power to the People! Energy Democracy and the Socialization of our Energy Infrastructure,” Joshua Nodiff ’19

The GLASS (Gay, Lesbian, and Sexuality Studies) Prize is awarded for the best research and writing on a subject in queer, trans, LGBT, or sexuality studies.
The prize is open to Wesleyan undergraduate students in all classes; senior essays and theses are preferred. The award includes no cash benefit, but the winner’s name will be published in the 2015 Commencement booklet.

Entries must be submitted in hard copy by 4pm on Monday, April 13 to the Center for the Americas (look for the bin labeled “GLASS Prize” in the downstairs hallway).
If you have any questions, please contact the GLASS Prize chair, Professor Margot Weiss: mdweiss[at]wesleyan[dot]edu
More information can be found here.

Submission deadline: Monday, April 13th at 4:00pm; entries must be submitted in hard copy at the Center for the Americas. 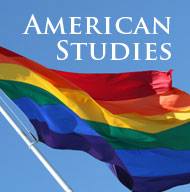 COME TO THE AMST OPEN HOUSE!!!

Come meet people who do what they love and love what they do and learn about a Wesleyan department that is more than just a major, it’s a way of life! We look forward to meeting you there!

The most worldly and wonderful Hibiki Mizuno ’15 invites you to an event this afternoon.

Come learn what American Studies can tell us about race and
citizenship with faculty panelists Joel Pfister, Amy Tang, Laura
Grappo and J. K?haulani Kauanui! Amazing Almond Cookies From Lucibellos in New Haven and Fresh Apple Cider from Lyman’s Orchards in Middlefield will sweeten the food for thought.

Faculty Panelist Profile after the jump:

END_OF_DOCUMENT_TOKEN_TO_BE_REPLACED 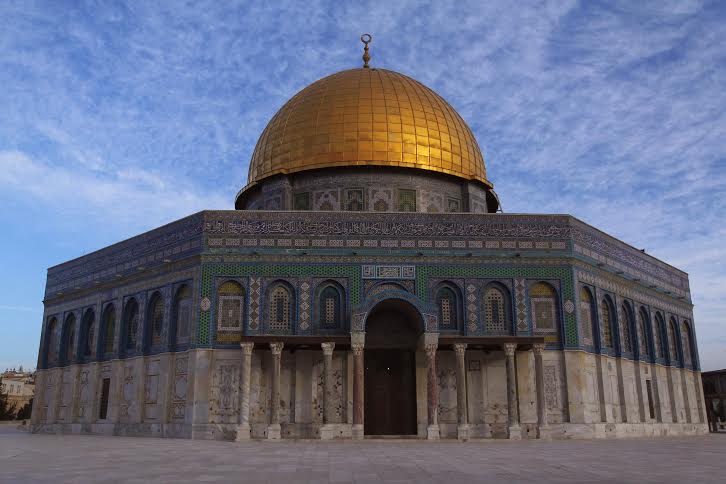 Over the past few weeks, it has been difficult to see a newspaper, blog or journal without reading an opinion about the recent vote by the American Studies Association (ASA) to boycott Israeli universities. The ASA boycott incorporates “formal collaborations with Israeli academic institutions” and “scholars who are expressly serving as representatives or ambassadors of those institutions.”I think the boycott is misguided and wrong. Boycotting all Israeli universities is a grave assault on academic freedom and does little to achieve peace.

I am glad to see that President Roth condemned the boycott. Roth argued that the boycott lacked consistency. That is, why boycott Israel while ignoring North Korea, Russia or China? This argument has merit and proves a double standard on the part of the ASA. However, many opinions have used this argument to show that the boycott has its foundations in anti-Semitism. The President of the ASA did not help his case when stating that, “One has to start somewhere” when explaining the decision to boycott Israel. However, there is no reason to believe that the ASA had its motives rooted in anti-Jewish sentiment.

To understand the morality of the boycott, I think it is important to explore the purpose of a university. Universities, like many institutions, are concerned with professional, not political, performance. While the ASA will not be boycotting specific Israeli professors based on their citizenship, they will not allow them to participate in academic forums if they are sponsored by an Israeli institution. However, if an Israeli institution condemns the occupation, they are exempt from the boycott. I personally do think that Israeli universities should take a stance in opposition to the occupation, but I think it is wrong to boycott universities based on their views. To explain this reasoning I would like to propose a thought experiment. University X is a progressive, liberal institution. However, Professor Y, who is eligible for tenure, is an outspoken critic of many of the university’s policies. It would be wrong of the board of trustees to deny this professor tenure because he does not conform to the university’s beliefs. Non-conforming ideas lead to progress. A university has the right to define its own beliefs, however misguided they may be.

END_OF_DOCUMENT_TOKEN_TO_BE_REPLACED 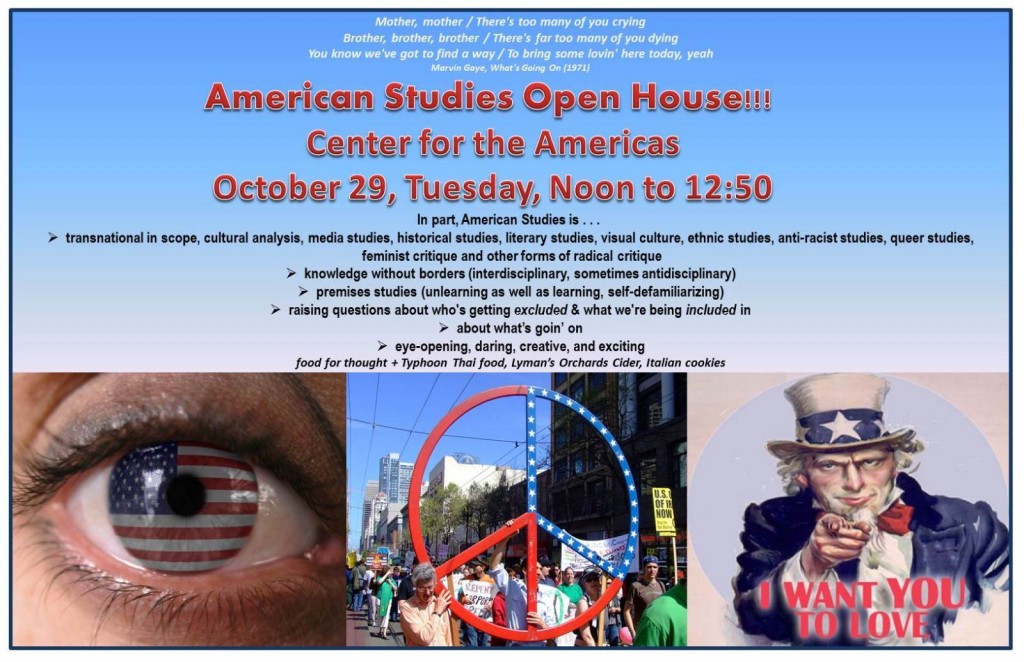 You go to WesMaps American Studies and see a billion awesome courses…want to find out what the major’s all about? Come to the American Studies Open House! Thai food + apple cider + Italian cookies will be served!! 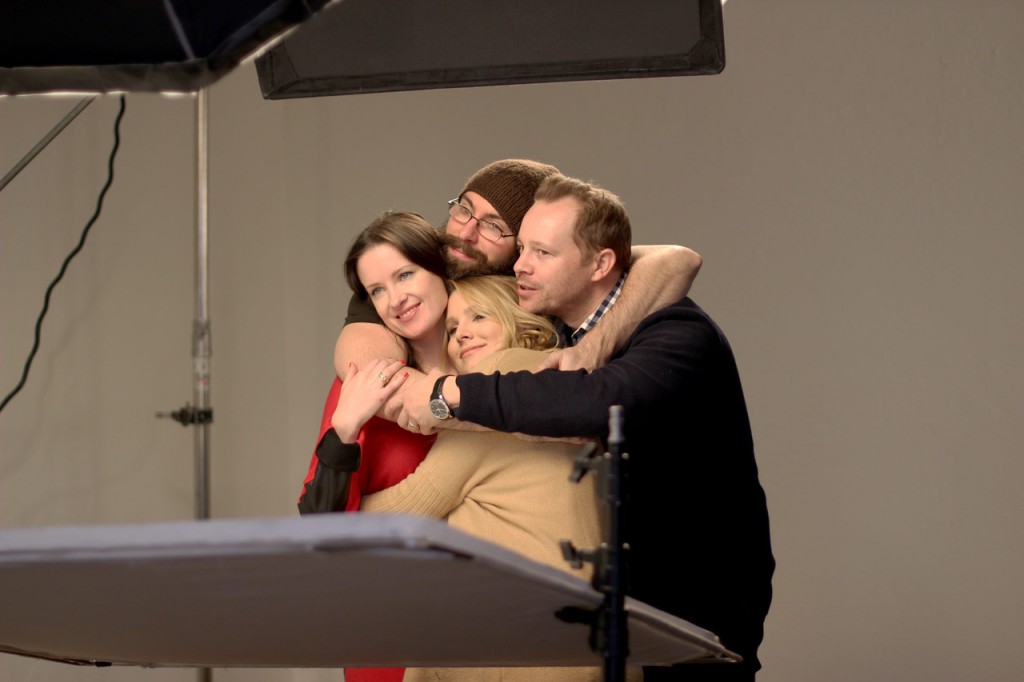 Unfortunately, at both Wesleyan and the world of Hollywood in general, we don’t hear as much about non-male directors, leading the way in making movies for the big screen. There’s a bit of a gender gap, at least in what the media focuses on. But they’re hard at work, writing their own films and pushing them through competitions and studios. Case in point: Liz Garcia ’99, who wrote for Dawson’s Creek, wrote and co-produced Cold Case, and created and produced Memphis Beat.

Today marks the big-screen release of her debut film, The Lifeguard, which Garcia wrote and directed, starring Kristen Bell and Martin Starr. It appeared in the 2013 Sundance Film Festival, and now you can see it in theaters across the country. I talked to Garcia about The Lifeguard, her career in TV and now film, and the impact Wesleyan had on her life. She also had some advice for the Class of 2017, all of which you can read after the jump.

END_OF_DOCUMENT_TOKEN_TO_BE_REPLACED

“What we were doing at Wesleyan was taking place in the context of a much larger sweep of change in American history and culture.” 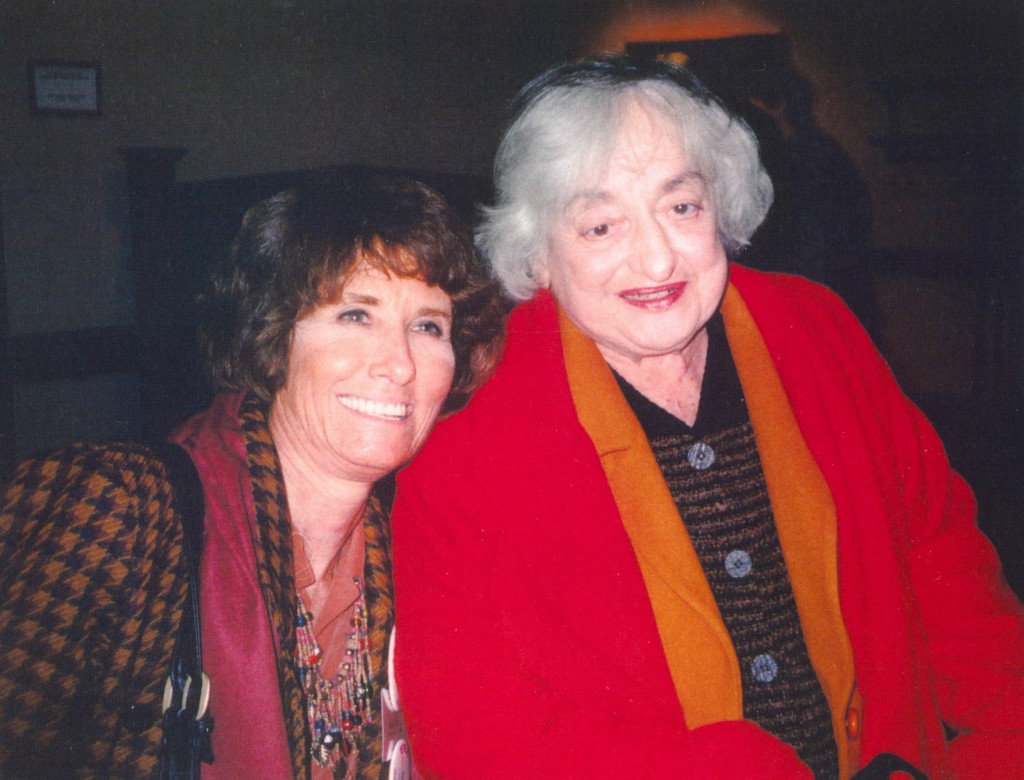 Sheila Tobias with NOW Founder Betty Friedan in the 1970s while Tobias was Associate Provost for Coeducation at Wesleyan. Image courtesy of Ms. Tobias.

In September of 1970, the same month Colin Campbell became Wesleyan’s youngest ever president, Sheila Tobias arrived at Wesleyan as associate provost. A noted author, scholar, and feminist activist, Tobias’ task at Wesleyan was different than that of any previous administrator—and different than any provost since then. Wesleyan had only just begun admitting women, and for the next eight years, Tobias was to oversee the inclusion of women in student life and assist the University in hiring and retaining female faculty. She was also instrumental in bringing the first women’s studies courses to Wes.

“It wasn’t a party school, but it was a school that catered to young men in all their glory,” Tobias says of the Wesleyan of the 1960s. “That was the place that I was invited to help change.”

While Tobias says that Wesleyan transitioned into coeducation more swiftly than many of its peers (“Wesleyan did it right”), she insists that the changes on campus were part of a much larger movement. “What we were doing at Wesleyan—namely, integrating a formerly men’s college—was taking place in the context of a much larger sweep of change in American history and culture,” Tobias says.

Wesleying is psyched to present an interview with Sheila Tobias, whose published books include Overcoming Math Anxiety, They’re not Dumb, They’re Different, Breaking the Science Barrier, Rethinking Science as a Career, and Faces of Feminism: An Activist’s Reflections on the Women’s Movement. For more on Sheila Tobias and her career at Wesleyan, see her website or this Special Collections blog post by Cordelia Hyland ’13.