What we have been experiencing recently is only the harbinger of a future that will be punctuated by more severe weather extremes and increasing damage. —Gary Yohe, Professor of Economics 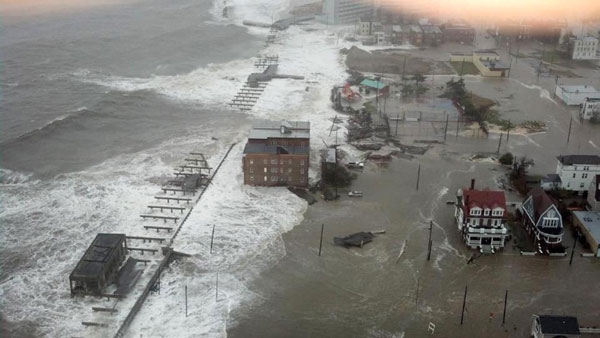 Wesleyan’s celebrity economics professor Gary Yohe has received much media coverage after releasing a rather troublesome report on Tuesday about Superstorm Sandy and climate change. Yohe, a senior member of the United Nations International Panel on Climate Change (which shared the 2007 Nobel Peace Prize with Al Gore), starts his report off with a laundry list of crazy climate events that have taken place globally in the past couple of years. He then claims that this isn’t “the new normal,” but rather “only the harbinger of a future that will be punctuated by more severe weather extremes and increasing damage—all driven as the future unfolds by past and future emissions of heat-trapping gases.” Yohe elaborates:

the changes in the current climate that have been observed across the planet are the products of only about 50 percent of the warming to which we have already committed ourselves with our past emissions. This means that the planet would warm another 2 to 4 degrees Fahrenheit through the middle of this century even if concentrations of heat-trapping gases were to achieve their maximum tomorrow — not likely, since sustaining a specific concentration starting tomorrow would require an 80 percent reduction in emissions overnight.