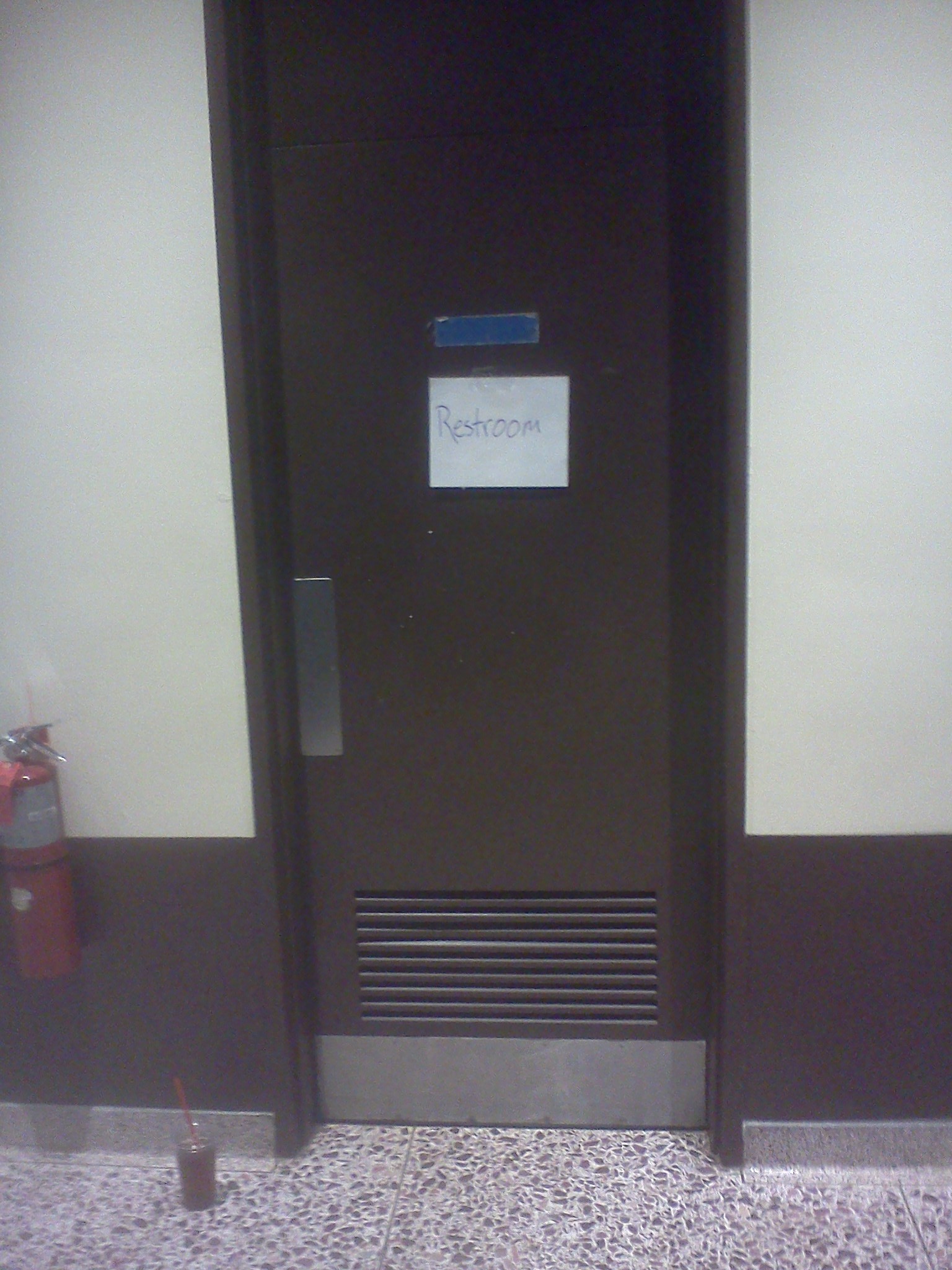 NOTE FROM BZOD: About a month ago, a group called the Pissed Off Trans* People pulled down a number of gendered bathroom signs around campus, replacing them with paper all gender bathroom signs and a manifesto entitled “All Gender Bathrooms Now.” Two days ago, an anonymous poster published the following article on tumblr under the title “Complete Bullshit: An Update on the Trans* De-Gendering Bathroom Situation.” I was contacted by the author of the post and the students being SJB’d and confirmed the story. The complete text of that tumblr post is reproduced below.

So, a few weeks back, there was an outpouring of trans* activism. I mean that like when you put a lot of pressure on a water balloon and then the water bursts out of a hole. Yeah, the water made the hole and hurt the balloon. But the water only gushed out because of all the fucking pressure being put on the damn balloon. (and why was this water being trapped in a balloon in the first place?)

My point being, yes, fed up trans* students and angry cis allies took down and broke the single-gender bathroom signs around campus. They did this because they were sick of the system that marginalizes and endangers trans* folk. This move was pretty controversial on campus. But that’s not what I want to write about today.

Today, the issue at stake is the University’s response. Now, students taking part in this action knew they were doing something illegal/against the rules/risky. As such they have remained anonymous when participating in media coverage and the action was instigated under the anonymous Facebook account PissedOff Trans* People. They provided materials on Facebook for marking bathrooms as all-gendered. These materials have been downloaded 200 times, which gives you an idea of the scale of interest and possibly participation in this action.