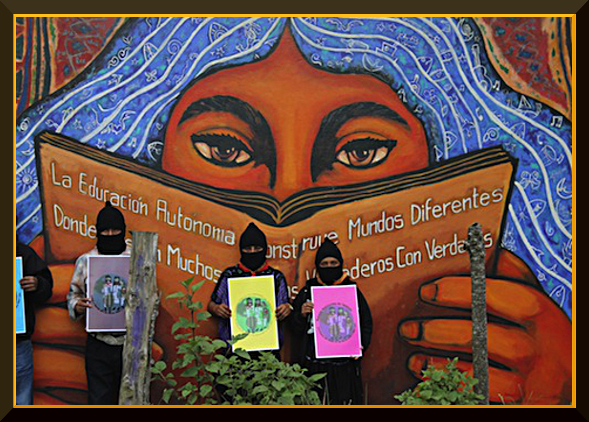 Wesleyan’s favorite Mexican philosopher-prince is at it again. Gustavo Esteva closes up his lecture series tomorrow with a final event.

The Foucaultian challenge to the institutional production of “truth” (the statements governing our behavior) is not coming from universities or research centers but from social movements: insurgent research, militant research, reflection in action. From Colectivo Situaciones in Argentina to Unitierra in California or Chocosol in Toronto autonomous centers for the production of knowledge are proliferating. Is this an ephemeral, marginal fashion? What is the role of these centers in the current wave of mobilizations? Does they represent alternative, valid ways of knowing? 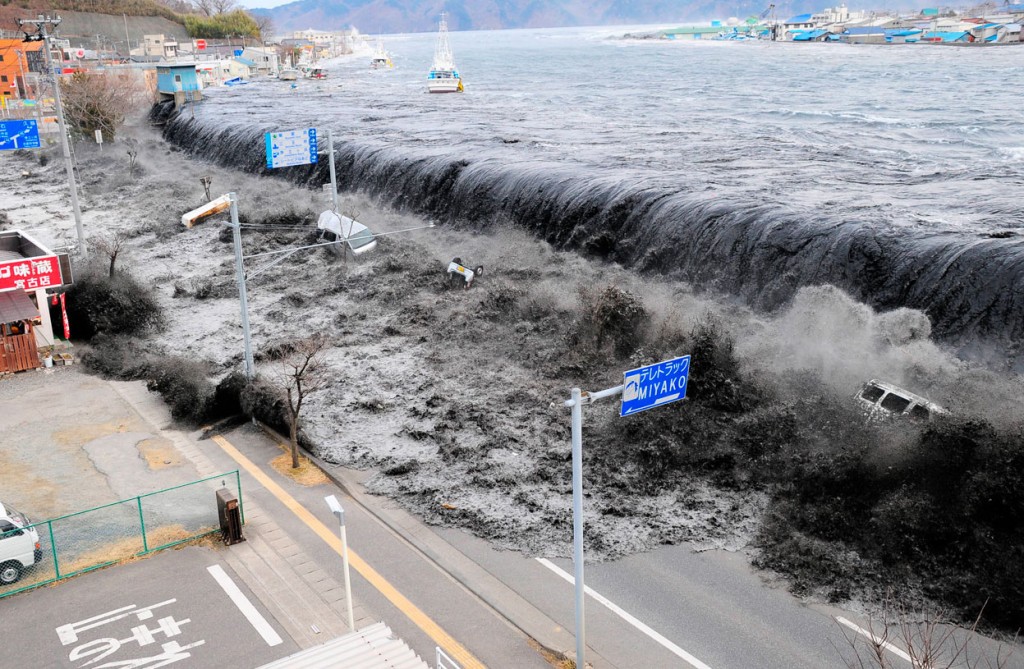 Everywhere today the capitalist narrative of crisis is quickly shifting to one of imminent collapse. From the halls of power to the screens of Hollywood we are seeing the drumbeat of apocalypse. With catastrophic war and climate change considered the new mundane reality of the contemporary human condition, what paths to liberation can be carved from the rupture? 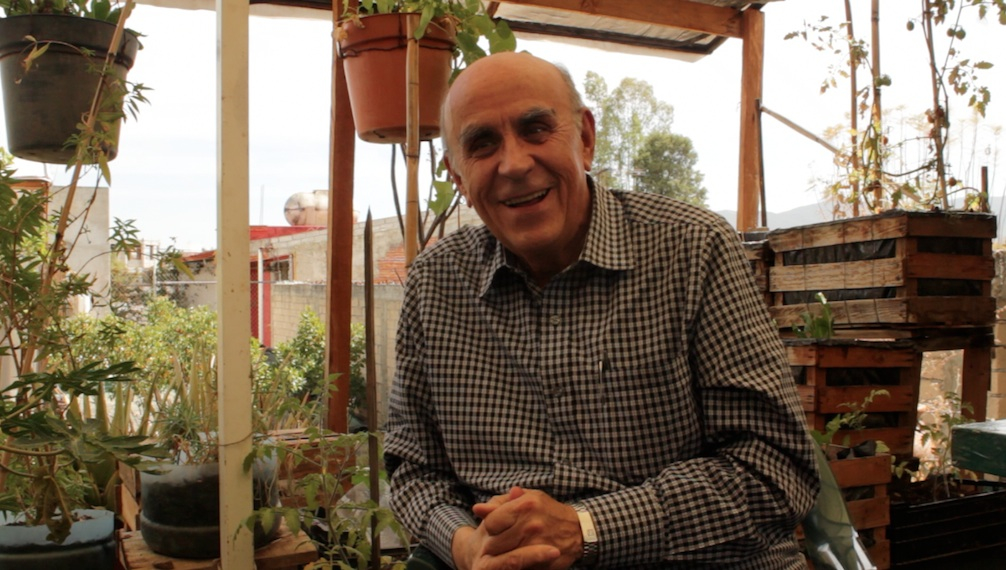 After an inspiring discussion on Zapatismo earlier this evening, Gustavo Esteva continues his rampage of enlightenment through the young minds of Wes tomorrow with a second lecture.

Organizers are billing this event as “The Alternative Hugo Black Lecture”, in contestation of the University’s choice to invite Israeli Supreme Court Justice Aharon Barak, a figure accused of normalizing torture, occupation, and apartheid in Palestine, to give the annual Hugo Black Lecture in the Memorial Chapel. Antonin Scalia, who spoke for the Hugo Black Lecture in spring 2012, drew intense protest for his reactionary judicial record.

Ross Levin ’15 with the details:

We are experiencing the end of an historical cycle, not just another crisis. All over the world, people are taking initiatives reclaiming the control of their lives and challenging the political system and dominant paradigms. What is the nature of these initiatives? How can we move past the logic of a neoliberal project of development to collectively reach that which lies beyond? 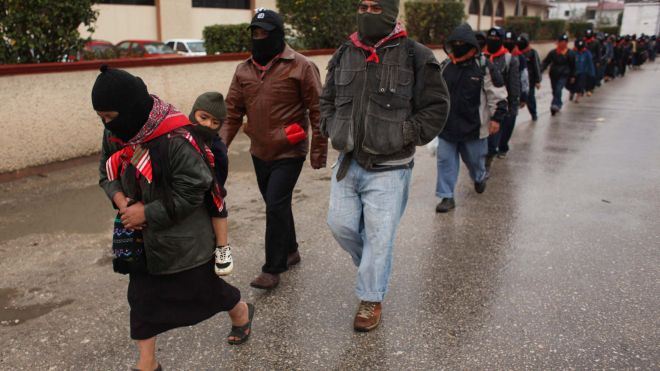 The long wait is over and Gustavo Esteva, radical Mexican scholar and deprofessionalized intellectual, has finally made his triumphant return to campus after a wildly popular lecture series last year. The man will be in town all week dropping knowledge on indigenous resistance, struggles for autonomy and moving beyond the logic of capitalism. Don’t miss these!

Ross Levin ’15 breaks it down:

Nearly twenty years have passed since the Zapatistas first issued their wake-up call to the ravages of Neoliberal Globalization. That call has since echoed in anti-systemic movements across the world from Seattle to Argentina, from the streets of Athens to Occupy Wall Street. What is the nature of Zapatismo as a political attitude and how can the demand for horizontal democracy be realized not as an appeal to power but an abolition of it?

Sometimes, feeling good is all about comparing yourself to the right peer group. I may be dumb, but at least I’m not gonna do something cool this summer, like these losers:

Still looking for something to do this summer?  Look no further.  A diverse group of people, mostly but not entirely Wesleyan students, will be heading to Mexico for a 6 week tour de force of innovative social theory in practice, accompanied by intellectual/activist Gustavo Esteva.  Esteva was inspired to organize the trip after receiving such a wonderful response from Wesleyan during his lecture series here this February.  We will be meeting people effectively creating radical social change, exploring ecological living (including urban agriculture), staying with Mexican families, and time will be reserved for independent study.  We will be hosted by cooperatives, communities participating in ongoing occupations of land, and the Zapatistas, among others.  Knowledge of Spanish is not required – some people already committed to going do not speak Spanish yet – and learning Spanish will in fact be part of the trip.  This is an incredible chance to be students of revolutionary ways of living and constructing society, organized and accompanied by an excellent person to do so (Gustavo Esteva).  Please contact Emily Gershen ’12 at emilygershen(!)gmail(!!)com for more info–AND SOON!  Time is running out to commit to going.

The Foucauldian challenge to the institutional production of
“truth” (the statements governing our behavior) is not coming from
universities or research centers but from social movements: insurgent
research, militant research, reflection in action…from Colectivo
Situaciones in Argentina to Unitierra in California or Chocosol in
Toronto, autonomous centers for the production of knowledge are
proliferating. Is this an ephemeral, marginal fashion? What is the
role of these centers in the current wave of mobilizations? Do they
represent alternative, valid ways of knowing?

END_OF_DOCUMENT_TOKEN_TO_BE_REPLACED 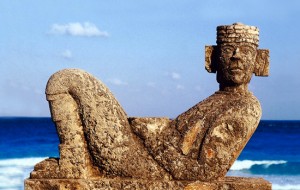 As jobs, assets and expectations are increasingly at risk with the current crisis, people everywhere are no longer expecting a solution for their predicaments conceived and implemented by the powers that be. They are losing trust in the government and the political parties to produce needed and urgent social changes. People’s new agency for change is the reorganization of society from the bottom-up expressing a new political imagination 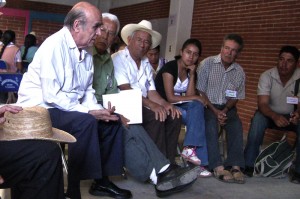 We are experiencing the end of a historical cycle, not just another crisis. All over the world, people are taking initiatives, reclaiming control of their lives and challenging the political system and dominant paradigms. What is the nature of these initiatives? Why is anarchy used both to disqualify them and as a sign of identity? How does buen vivir (living well) grasp people’s motives as a new paradigm centered on a foundation of radical pluralism?

Gustavo Esteva is an independent writer, a grassroots activist and a deprofessionalized intellectual.

He works both independently and in conjunction with a variety of Mexican NGOs and grassroots organizations and communities. He has been a key figure in founding several Mexican, Latin American and International NGOs and networks.