Last night, Wesleying received an anonymous tip regarding the presence of a hammer and sickle in an Olin elevator. The entire campus community went cray.

END_OF_DOCUMENT_TOKEN_TO_BE_REPLACED

this is an updated repost of AbSynth’s post from two years ago.

For the countless number of you who have been anxiously awaiting the arrival of next year’s course catalog – your wait is over. Wesleyan’s course catalog for the 2016-2017 academic year has been made public via the website which you all love, or love to hate, WesMaps.

Though, like every year, it might be hard to actually plan your schedule at this point, especially if you are hoping to take any of the many classes whose time-slots are simply listed as TBA. Additionally, even for those classes that have been scheduled, there still exists a possibility for change. But there are also classes which will certainly be added later, some of which might be taught by visiting professors. More importantly, there really is a class called Hipsters that is being taught this year by Professor Kehaulani Kauanui (AMST 240)!!!!! Eat your heart out and have fun browsing. 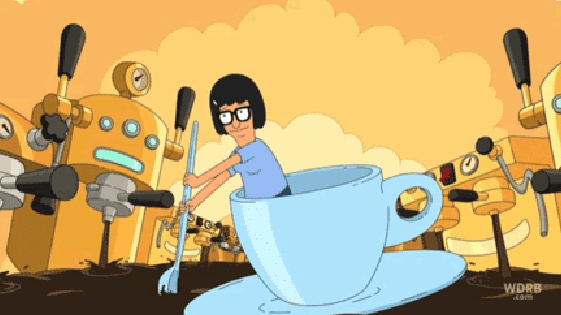 This is a training position that prepares you to work as a barista at Espwesso the following semester. Baristas at Espwesso are responsible for making drinks, taking suggested per-drink donations, and cleaning and maintaining the cafe space. As a barback, you will work one to two 9pm-11pm shifts a week. You will be working during our busy periods, at the same time as a barista, and will be responsible for working the register station, brewing drip coffee and anything else the barista needs so that they can make drinks as fast as possible.

You will receive 3-5 hrs of mandatory paid training from the cafe manager(s) over the course of the semester. Satisfactory completion of a semester’s work as a barback will make you eligible to become a barista, which will involve a raise and the requirement of working at least one 5 hour shift a week.

END_OF_DOCUMENT_TOKEN_TO_BE_REPLACED

The first image that came up when I googled “hispter party.”  C/o The Peanuts Gang 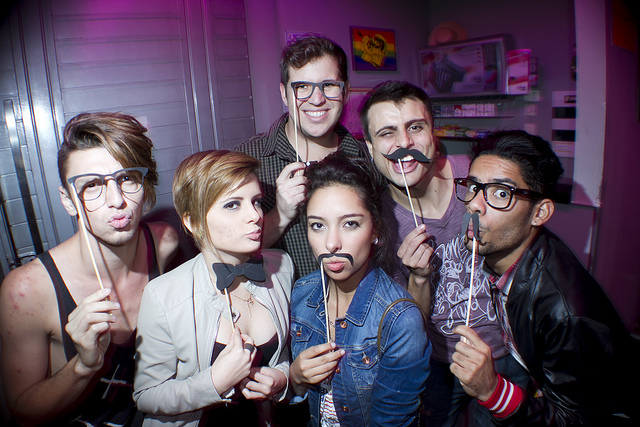 Benjamin Winterhalter ’07 really wants you to know that he’s cool—but not, like, Pitchfork-Modest-Mouse-hipster-on-a-bicycle cool. No, he was cool before cool even knew it was cool. That, I assume, was the point of his Salon article “What I learned at the hipster sex party,” which asks important questions in its subtitle, like, “The place was so hip even the guy from MGMT was there. But were we liberated and free? I guess so.”

He explains up-front what he’s about to share with us: “What follows is my best reconstruction of the events of a party that took place in 2003 on the campus of Wesleyan University, one of the most hipster colleges in America.” Actually, not according to the Huffington Post, or Her Campus, or College Magazine. We’re still getting over the rejections. “It’s a good illustration of certain facets of hipster culture.” Fascinating. “It involves a minor brush with fame.”

I don’t feel like recounting what he says in this story. Read it, or don’t. It’s fun to note, though, that the author was a Philosophy and French double major, did crew, and wrote his honors thesis on The Edge of the World: Facts, Solipsism, and Self-Knowledge in Wittgenstein’s Tractatus.

END_OF_DOCUMENT_TOKEN_TO_BE_REPLACED 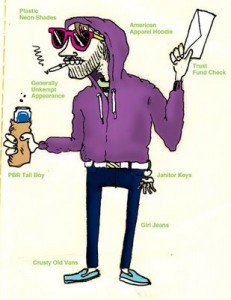 So you’re stressed out studying for your big neuro test tomorrow (and/or just looking for some comic relief).  Why don’t you figure out what [hipster] stereotype you fall under. 5 points for each friend you correctly label.

The subsequent hybrids that will inevitably result are pretty amusing:

Passion Pit+Justice: Bros who have tried to grow a mustache while trying to have sex with their girlfriends.

Yeah Yeah Yeahs+Girls: Haters of phonies but gotta love dem Vans (regardless if you skate or not).

But the real question is, what does Michael Roth fall under? (50 points)

P.S. This post was written while listening to “Beast Rest Forth Mouth“, but apparently that one was too difficult to figure out. 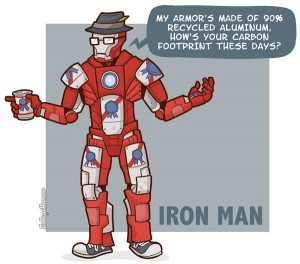 This post over at CollegeHumor brings together three things I am fond of: superheroes, fun artwork and contemplating hipsterdom . . . for the fun of it. 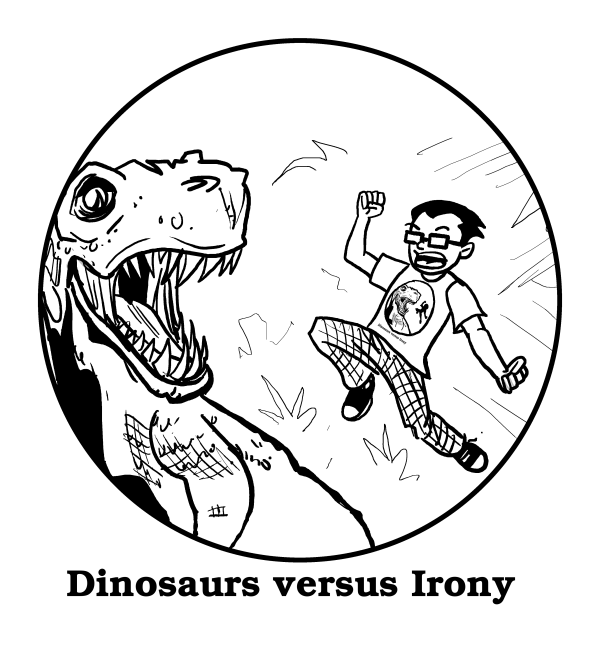 You’ve looked at Look At This Fucking Hipster (maybe you were dumb loyal enough to pay $11.99 for the coffee table book). You’ve seen Hipster Puppies (bastards still haven’t posted my submissions). You’ve been to Eclectic once or twice.

And now—because it’s Saturday afternoon, and you’re desperate for procrastination materials, and maybe you’re observing Yom Kippur and damn near starving  and looking for distractions from thinking about food—it’s time to gaze upon Hipster Dinosaurs, courtesy of BuzzFeed. Dinosaurs have never looked so delicious. Check out my personal favorite after the jump.

If you’re into that sort of thing.

END_OF_DOCUMENT_TOKEN_TO_BE_REPLACED

Jared Keller ’09 sends in a video about “British hipster dickheads.” He discovered it during his “everyday travels throughout the internetz.” Apparently he thinks it’s relevant to Wesleyan as a whole. Maybe some Red & Black Caller should call him up and ask him why. And then ask him for $$, since these “everyday travels throughout the internetz” sound pretty, you know—goddamn lucrative, or something.

This just in! The Huffington Post has named Wesleyan one of the “Top 10 Hipster Schools” in the nation. Thank you, Ariana–we will accept our position alongside Hampshire and Bard as a prestigious bastion of postmodern thought, tight pants, and indie rock. 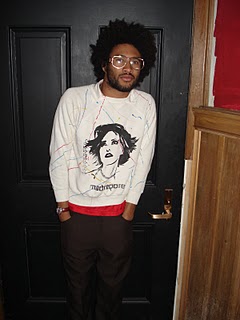 Of course, no article about Wesleyan’s hipsterdom is complete without a description of Eclectic:

But a reference to the music department’s world music instrument collection seemed out of place:

The campus is also home to a Virtual Instrument Museum, which contains one of the largest collections of musical instruments in the world.

They got that last bit wrong–the “Virtual Instrument Museum” is a large collection of musical instruments from around the world, not one of the biggest collections of instruments in the world. It’s a resource for the ethnomusicology program–think Taiko drums and gamelans–and has a basic online catalog but hasn’t found a curatorial home yet. I doubt that many students draw on the collection’s influence when forming their ironic sensibilities and notions of gender as a social construct, but whatevs. Come to Wesleyan if you want to up your “coolness quotient!”

[Thanks to an anonymous Shoutbox commenter for the tip!] [Photo credit: Well Dressed Wes]

It seems that Rep. Rosa DeLauro (D-CT), who represents the 3rd congressional district of Connecticut (which includes New Haven and the part of Middlesex County containing our own Middletown), is a fucking hipster.

Who knew? Some blogger started a “Rosa DeLauro Is A Fucking Hipster” Tumblr, compiling photos of the sartorially gifted congresswoman’s various good looks while on the job in a fitting LATFH tribute.

The photographic evidence is uncanny: 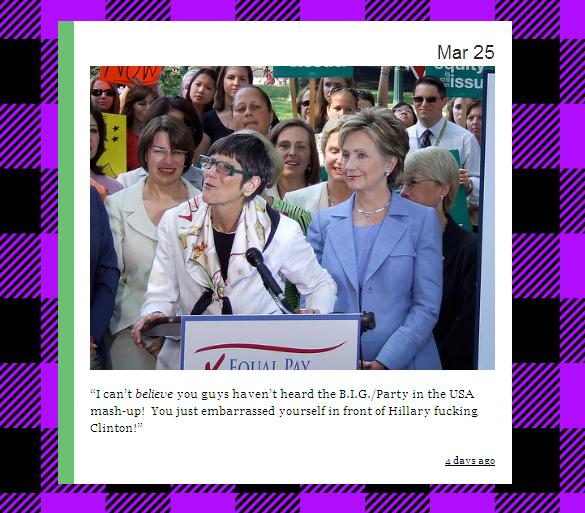