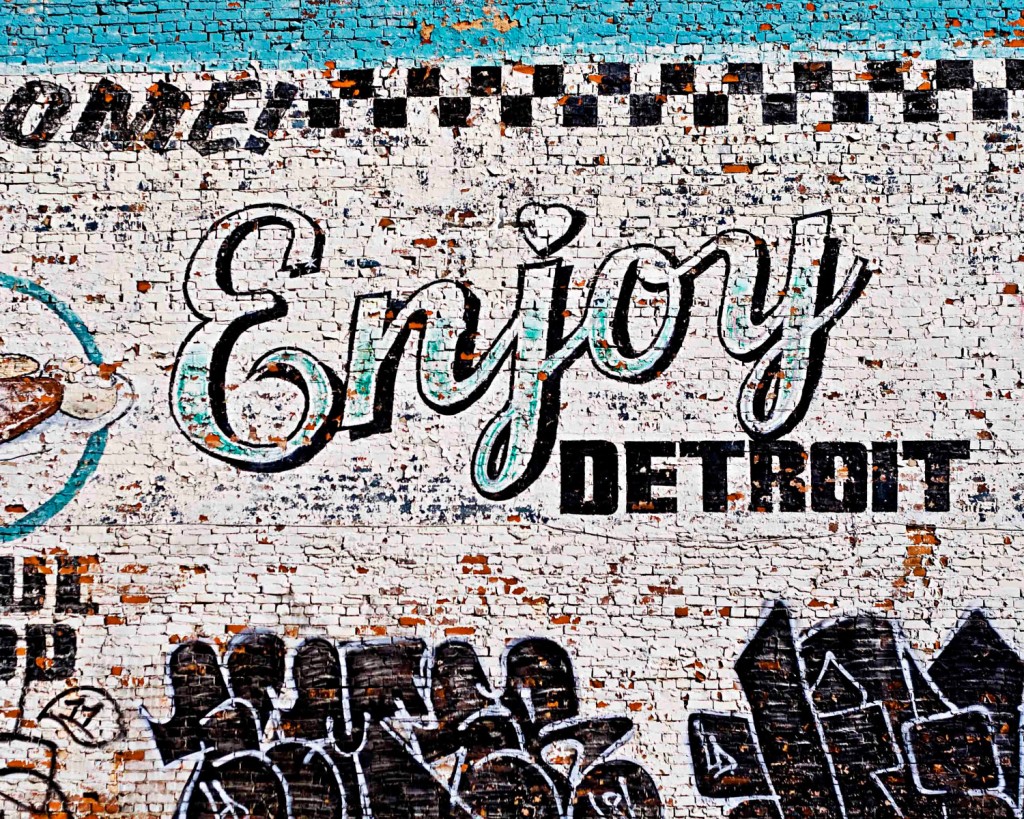 Move over, “Michael S. Roth ’78”—the Huffington Post has a new Wesleyan representative in town, and it’s Max Nussenbaum ’12. Sometimes known for his “Who Wants To Be a Millionaire?” cameo (phenomenal audition video included) and his desperate attempts to get Sylvie Stein ’12 to go to prom with him, Nussenbaum has spent the last eight months or so in Detroit, working for Are You a Human as part of Venture for America’s inaugural class. If you’ve ever wondered what it’s like to tell your Wesleyan friends and Wesleyan friends’ parents that you’re moving to Detroit after graduation, Nussenbaum’s compelling recent Huff Post piece, “Move Where You Can Matter,” is worth a look—as it is for anyone who’s ever felt the urge to resist the gravitational pull of the Wesleyan-Brooklyn Alumni Industrial Complex:

I talk to a guy who’s spending his next year volunteering in a Nigerian slum, and he asks me why I’d ever move somewhere as downtrodden as Detroit. Everyone makes the same dismayed face, asks the same incredulous question: “Why would you go… there?”

And “there” wasn’t just Detroit. At Wesleyan, my alma matter — like at most elite schools — “there” was anywhere that wasn’t a select handful of high-profile cities: the Bostons and New Yorks, the D.C.’s and L.A.’s. We were a cohort raised with tunnel vision, a graduating class who couldn’t find Ohio on a map and who thought “Oklahoma City” was an oxymoron. Don’t get me wrong, I was more than guilty of this myself: I heard Venture for America talk about underserved parts of the country and my first thought was Queens — you know, since everyone was moving to Brooklyn.

END_OF_DOCUMENT_TOKEN_TO_BE_REPLACED

In the wake of the Newtown shooting, should teachers be armed? 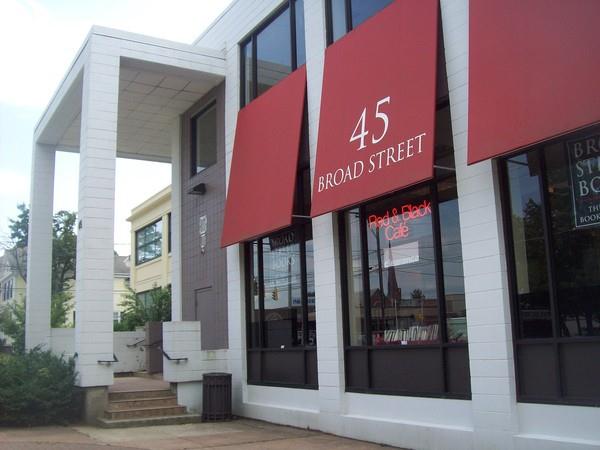 One week after the Newtown shooting, the NRA has ended its social media blackout and the national gun policy debate is as bitter as it’s ever been. Thousands of Americans are demanding gun control now, and if you’re reading Wesleying, chances are you agree. But on the gun-owning side of the lobby—the sort of people who follow NRA’s Twitter account in the first place—conservatives demand the opposite: more guns, more concealed carry, more self-defense. (Don’t believe these people are real? Read a few NRA Facebook comments. Go ahead; I’ll wait.) In one heated exchange, Larry Pratt of the Gun Owners of America appeared on Piers Morgan and suggested that gun control advocates are responsible for the massacre. “Since we have concealed carry laws in all of our country now, people can get a concealed firearm,” Pratt argued. “And yet, we have laws that say not in schools.”

Should teachers be armed in the classroom? Could guns in school have saved the lives of 20 children and six teachers? Should America combat guns with—err, more guns?

Over at Tenured Radical, in a post titled “Teachers Are Not Soldiers,” Professor Claire Potter has a response for the pro-gun lobby. In a phrase: “Uh, no.”

Professor Potter describes learning about the Sandy Hook massacre after having just read Jeffrey Goldberg’s December Atlantic piece in favor of more guns. The bulk of her argument revolves around an experience at Wesleyan following the shooting of May, 2009, when a gunman remained on the loose after murdering Johanna Justin-Jinich ’10 in Red & Black Cafe. Wesleyan’s campus went into lockdown, and Potter waited for hours in the Center for the Americas:

END_OF_DOCUMENT_TOKEN_TO_BE_REPLACED

Roth: Scalia talk “will increase our capacity to combat the idiot wind of know-nothing anti-intellectualism that is all too prevalent in our political culture.” 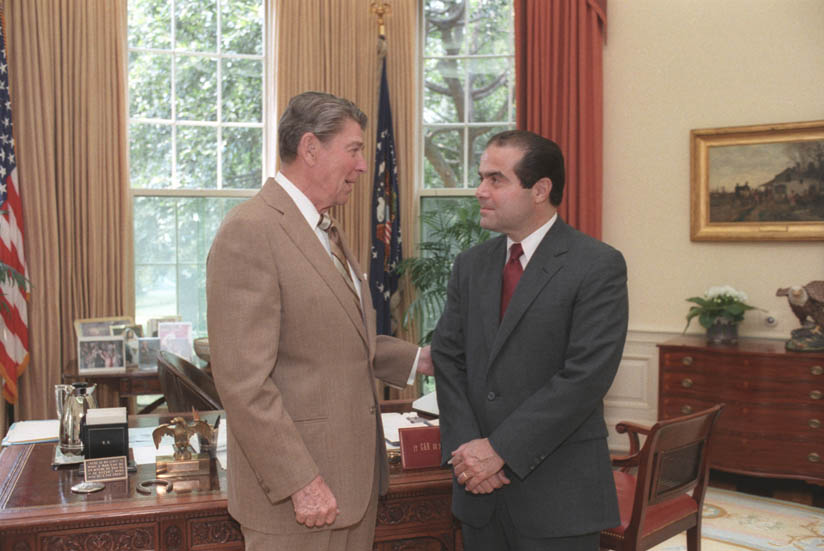 If you’re old enough to remember Mytheos Holt ’10’s “Mytheology” column, you might also remember the columnist’s most scathing (at least coherently so, behind whatever layers of trolling persisted) critique: that Wesleyan, in its boundless quest for all varieties of diversity (racial, socioeconomic, sexual, what-have you), had severely left behind the value of ideological diversity on a campus hostile to all views to the right of, say, Dennis Kucinich. In more recent writing, Holt rails against Wesleyan for honoring Planned Parenthood President Cecile Richards P’13 with an honorary degree. Such, Holt claims, reflects “the utter lack of intellectual seriousness” among the Left at Wesleyan.

Not so, argues President Roth in a new column for Huff Post. After all, Antonin Scalia is coming.

More specifically, Roth suggests that the loud buzz of interest over Scalia’s upcoming lecture is refreshing evidence of student interest in cultivating political diversity on campus. Do you really think all those freaks on line in Usdan agree with Scalia on, say, Webster v. Reproductive Health Services? According to Roth, what they (you? we?) are really seeking is “an educational environment” in which to consider Scalia’s views—“a choice, not an echo,” in the words of Phyllis Schlafly:

END_OF_DOCUMENT_TOKEN_TO_BE_REPLACED

On Tuesday, the Huffington Post picked up on “Balance Out of Life,” an experimental film by Wesleyan’s own Wyatt Hodgson ’14.  As the video’s premise, Hodgson took Godfrey Reggio’s film “Koyaanisqatsi: Life Out of Balance” and sped it up by 1552%—condensing an 82-minute movie into just five minutes.  He also replaced the film’s original Philip Glass score with “The Holy Egoism of Genius” by The Art of Noise.

The sped-up footage ranges from scenic nature to bustling industrial powerhouses. From the Huff Post article:

The result is a five minute, fast-paced, non sequential portrait of the world 30 years ago. Hodgson’s piece is a surreal snapshot of an already surreal documentary about a time now long gone, but just as relevant today.

As Hodgson himself explains on Vimeo,

END_OF_DOCUMENT_TOKEN_TO_BE_REPLACED

“In big lecture halls, students can’t buy the best seats or arrange for extra help sessions with their parents’ checkbooks.” 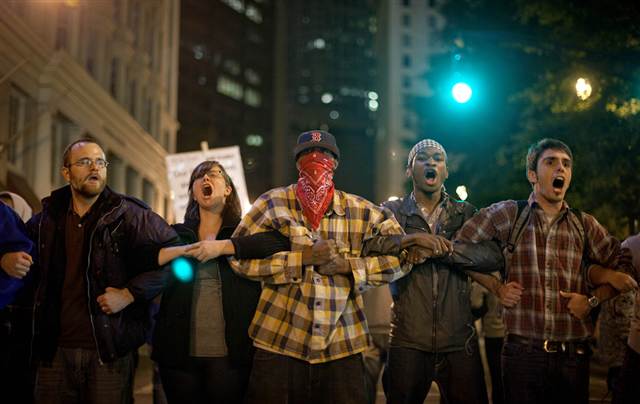 Above, a group of Occupy Atlanta protesters link arms on Peachtree Street as city police move in to make arrests. Hours earlier, Mayor Kasim Reed revoked an executive order permitting the protesters to remain in the park. In Oakland, police resorted to tear gas and a stun grenade to disperse over 1,000 protesters marching on Oakland City Hall. In Lower Manhattan—where this whole party originated over a month ago—protesters continue marching through the streets “denounc[ing] for-profit healthcare.”  Wesleyan came, saw, and got arrested.

From DR’s Himanshu to Daniel Handler ’92 to Tenured “Claire Potter” Radical (newly hosted over at the Chronicle of Higher Education), a colorful grab-bag of WesCelebs have weighed in. (And really, what’s a party without Slavoj Žižek and Judith Butler?) So where’s everyone’s favorite BOF (Blogger Over Fifty) amidst the chorus—what’s Michael Roth’s take on all this?

END_OF_DOCUMENT_TOKEN_TO_BE_REPLACED 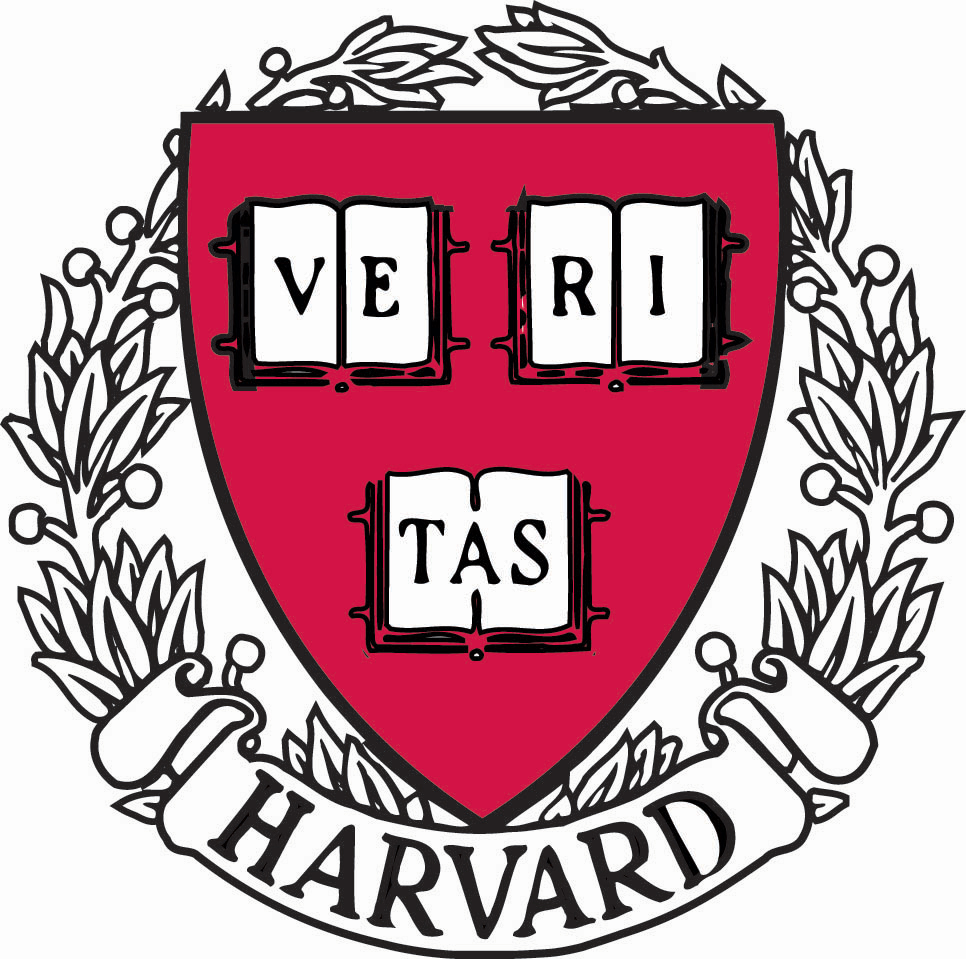 A brief glimpse outside the Wesleyan bubble (maybe we could all use one of those right now?), courtesy of the Huff Post: Harvard and Princeton have announced plans to restore their nonbinding early admissions programs, which both schools discontinued a few years ago “out of particular concern for students at under-resourced high schools who might not be able to access the early admissions process.”

“We piloted the elimination of early action out of concern that college admissions had become too complex and pressured for all students, and out of particular concern for students at under-resourced high schools who might not be able to access the early admissions process,” said Harvard President Drew Faust in a statement.

“Over the past several years, however, interest in early admissions has increased, as students and families from across the economic spectrum seek certainty about college choices and financing. Our goal now is to reinstitute an early-action program consistent with our bedrock commitment to access, affordability, and excellence,” she said.

Full article here. I can’t fathom how early admissions programs favor the affluent any less now than in they did in 2007, but then again, I also can’t fathom how they get the chocolate into those chocolate croissant things at Pi Cafe. What do I know?

END_OF_DOCUMENT_TOKEN_TO_BE_REPLACED

“Anger is routinely mistaken for caring, for intelligence, and, worst of all, for courage. But when you sow the rage, you reap the violence. I fear the crop is just beginning to come in.” —President Roth, Huff Post 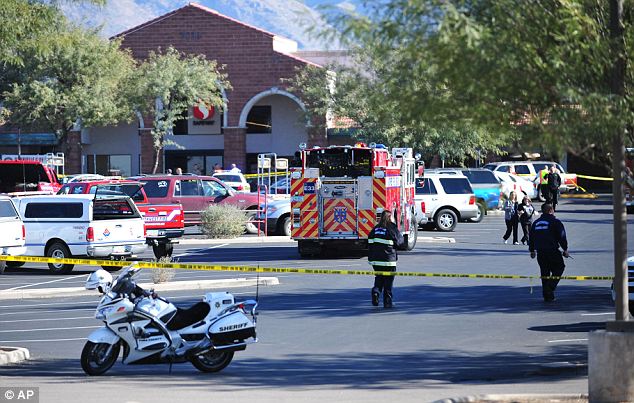 “Today I penned for the Huffington Post a brief but impassioned comment on the January 8 shooting of U.S. Representative Gabrielle Giffords and nineteen others. I argue that the item of concern most fundamentally underlying this national nightmare is the ‘culture of rage cultivated by the Right’—as well as the frightening ease with which this young man was able to procure the automatic weapon with which he carried out this shooting. We should, I continue, turn our gaze to ‘the theatrical mock rage of right-wing commentators’—no, not just Sarah Palin—for it turns from cartoonish to tragic all too quickly when someone like Jared Lee Loughner can buy a gun and perpetrate a massacre such as this. You can read the full piece, which I have titled ‘Sowing the Rage,’ here. MLIMR.”