Classless prefrosh dad of the year: “I’m going to get security if you don’t shut the hell up.” 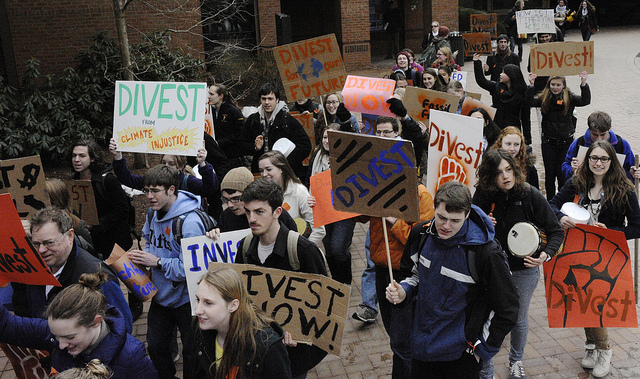 As the debate over fossil fuel investments continues raging in the NESCAC blogosphere, members of a Tufts student group calling itself Tufts Divest For Our Future infiltrated an admissions information session last week to ask about the University’s investments. Not quite as epic as sending a fake press release to over 150 national and local media outlets claiming the University is formally divesting from the war and fossil fuels industries, but whatever—it’ll do.

In The ‘Cac managed to obtain video footage of the incident, which appears below. Curiously, the most hostile party caught on tape is not the questioner, who politely but insistently inquires, nor the admissions officer (or student?) leading the session, who suggests that they discuss the subject after the session. It’s the disgruntled prefrosh dad who swings into action with some seriously misguided hero fantasies, growling, “We came here to learn about the University. Stop wasting our time! I’m going to get security if you don’t shut the hell up.” Can’t imagine how mortified his kid must’ve been, sinking into hir chair like Harry Potter wearing the Sorting Hat. “Daaaaad. You’re embarrassing me in front of the other prefrosh!”

END_OF_DOCUMENT_TOKEN_TO_BE_REPLACED

Police chief: “In one room they found about 18 kids and in that room was a wastebasket that they said had about a foot of vomit in it.” 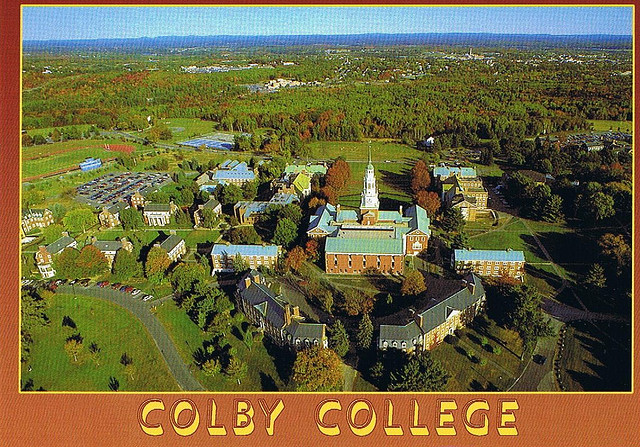 Wesleying is sending its NESCAC solidarity up to postcard-perfect Waterville, ME. More than four dozen Colby students will be needing it after this bust.

In what seems like a nightmarish record in recent college history, 56 Colby students (that’s over 3% of the student body) are facing alcohol charges and on-campus discipline action after on off-campus party Saturday night. The three students living in the party venue, meanwhile—residents of an apartment at 116 Winter St, whose names I’m not including in this post—were arrested and “charged with providing a place for minors to consume.” All 56 are expected to appear Waterville District Court on December 6. As for the leak, these details from the Kennebec Journal:

The summonses were issued after an officer stopped a car on Gilman Street around 8 p.m. Saturday and the driver identified herself as a Colby student, according to [police Chief Joseph] Massey. The officer smelled alcohol on her and asked where she got it; she said she had been at the Winter Street party, Massey said. She was summoned for illegal possession of alcohol by a minor, he said.