“Bad Island” writer and multi-band mastermind Ben Bernstein ’10, sometimes known as B C B, sends in yet another homespun music video from the Wes/Brooklyn industrial complex. This one’s for “The Bad Man,” a mesmerizing and bizarre track by freak-folky Bennington College artist Trevor Wilson, who records with a vocal ensemble. Filmed in Crown Heights and BedStuy, the video employs a handful of fittingly creepy images, including facial closeups and a charismatic rabbit. Bernstein, who directed, writes:

“The Bad Man” is a song by Trevor Wilson about getting your identity taken. These Bennington folks make cool music. I felt that this song was about being so upset that it just kind of becomes beautiful… that a human can feel anything that much.

Brian Papish ’10 was DP and Andrew Gladstone ’11 also shot some of it. Hope you guys enjoy it/aren’t vegetarian.

The humans in the video are all Bennington students or alums, though Bernstein adds: “Filming a hunting-heat seeking python while holding a warm light was a lotta fun.” For more of Bernstein’s recent work, see “PRISM.”

With about 24 hours to go before the end-of-theses party begins, a moment many of you have been waiting for has finally arrived. You saw them going all around campus doing… weird stuff. Some of you may have even been coerced into dancing on tables in Exley. It was for a purpose, and here it is.

The Peer Advisors are back. Only this time, they’re in a music video. And with a bit more… tests? Enjoy, and get back to work.

If you feel inspired, get in touch with a Peer Advisor by emailing peeradvisors[at]lyris[dot]wesleyan[dot]edu.

END_OF_DOCUMENT_TOKEN_TO_BE_REPLACED Just in time for bar night, Mullman ’12 and Julien Benichou have dropped a deuce on the Wesleyan electronic scene. (Wait, that probably didn’t sound too nice.) Bastille‘s latest, “One Night Love Affair“,  has only the most bass of intentions – to produce dancing wherever it may be played. Credit where it’s due, folks: you’ve probably made out to these guys more than once. Click the huge-ass condom above and score some free tunes!

There’s also a video. I’ll be real for a sec, though – this looks more like a temporary thing than a love affair, IMO. I put my money on the couple below breaking up because they only ever get to see each other at loading docks:

More fucking stuff after the jump.

END_OF_DOCUMENT_TOKEN_TO_BE_REPLACED

Bones Complex will be back in action this spring. Until then, Hypothesis, a Durham-based hip hop crew, is Goldberg’s main squeeze, and “No Matter What Road” is its most powerful track yet. Check the sweet video for the track above—filmed by Goldberg over a six-month span, the clip features footage shot in Brooklyn (sup, Crown Heights Arts Gallery), Durham, and Bodh Gaya, with cameos by a whole buncha Wes peeps along the way. As Goldberg himself explains,

END_OF_DOCUMENT_TOKEN_TO_BE_REPLACED

Wesleyan junior Mark Nakhla ’13 picked up American Sign Language as a freshman. In the years since, Nakhla has spent a considerable amount of time and effort signing videos for the deaf and hard of hearing community, including Backstreet Boys’ “The Call,”  Katy Perry’s “Fireworks,” and OneRepublic’s “Secrets”—basically your average WESU playlist. Most of the videos involve Nahkla, stationary, signing in front of an unchanging, domestic background. Until now.

The latest is an ASL interpretation of Drake’s “Headlines,” with help from Noah Korman ’14, Adam Keller ’14, and Greg Faxon ’14. Says video contributor/not-so-anonymous tipster Korman: “This video’s production and signing however have reached new heights.” He’s right: this is a tightly choreographed Drake-themed journey through the Butts tunnels and beyond. It’s already topped 400 views in one day and counting. Check it out here or embedded above.

END_OF_DOCUMENT_TOKEN_TO_BE_REPLACED

Salutations, dudes. Duo Week at Eclectic Haus rolls on – JEFF brothered up the ‘hood this Tuesday, Bestival had at least two pair playin’ for the (substantial) crowds last night, and tonight, Dem Wye Oak Boyz roll into town peddlin’ some indie folk jams (with just a little more keyboard backing than you might expect from a two-piece). The deets, from regular Wesleying contributor Do not include name and class year in post ‘??:

Alt.-folk rock duo Wye Oak will be coming to campus this Saturday. Widely known for their shoegazy/creative guitar melodies and powerful drums, Wye Oak separates themselves from the other rock bands out there and create a truly unique sound. Forget other plans. Come to Eclectic Saturday and enjoy their awesome sounds. Treasure Island will be opening. More details at Aural Wes.

Supplementary information after the jump:

END_OF_DOCUMENT_TOKEN_TO_BE_REPLACED

Not sure how to celebrate the fourth?  Ben Seretan has the answer: Duchampion’s cover of “Born in the USA.”  Did you really think we were going to let you listen to that video for the nation’s birthday? Nope.  Here’s the text from the video’s Vimeo page:

Here is our cover of Born in the USA, recorded live in the Spaceman Sound studios during the “Purple Clouds” session.

If you would like a FREE copy of this song, please email duchampiontheband@gmail.com with “USA” in the subject line. Happy 4th.

Video shot by Dan Sullivan and Ben Seretan. Featuring Times Square in NYC and Ocean Shores, WA.We did not write this song. It is written and made famous by Bruce Springsteen, who we all have the utmost respect for. Also – RIP Big Man.

If you chose to stay in all day, Neo Sora and Gabe Castanon ’13 will help you appreciate the beauty of campus in the winter, while comfortably reminding you of the wisdom of your decision:

Hauschka’s cool. I should get some more. Check out more of Wesleyan on Vimeo right here.

1) I just looked up. The clouds are moving pretty quickly today.

2) We’ve been doing the Wesleying Unofficial Orientation Series for two weeks now; if you’re new, feel free to read up.

3) Below is probably the most important part of your orientation. Pay attention. 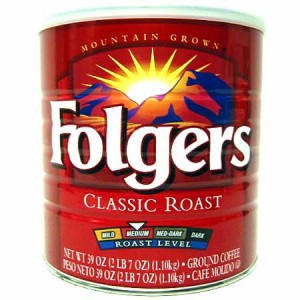 The group has entered Folgers’ jingle competition for a prize of $25,000! Check out the contest page on March 28th to find out if they made the semi-finals. Good luck, guys!