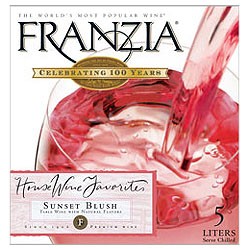 So, for the past week, Zach has been getting me—by threatening me with a glow-stick, as usual—to run around with him to get the administrative perspective on Tour de Franzia. Here’s the first product of that running around, an interview with Dean Rick Culliton, Assistant Vice President for Student Affairs, who was gracious enough to give us—via a set of terse email replies—the post-game stats of last Friday’s revelries.

A longer, more conversational interview with Dean Mike Whaley, Vice President for Student Affairs, will be posted sometime later today, if I ever finish my paper in time. (Edit: Whoops, probz tomorrow.) For Public Safety’s own “Awareness Report” regarding the event, click here.

Could you describe the administration’s attempts to prevent Tour de Franzia from taking place this year?

As you are aware, the university increased its staff presence by doubling up the public safety shifts and bringing in about 20 student affairs staff to monitor the event, secure facilities and address violations of the code of non-academic conduct.

Did you think these strategies were successful? If so, how so?

The increased presence of staff led to less vandalism than previous years and an increase in the number of students documented who will now face judicial charges as a result.