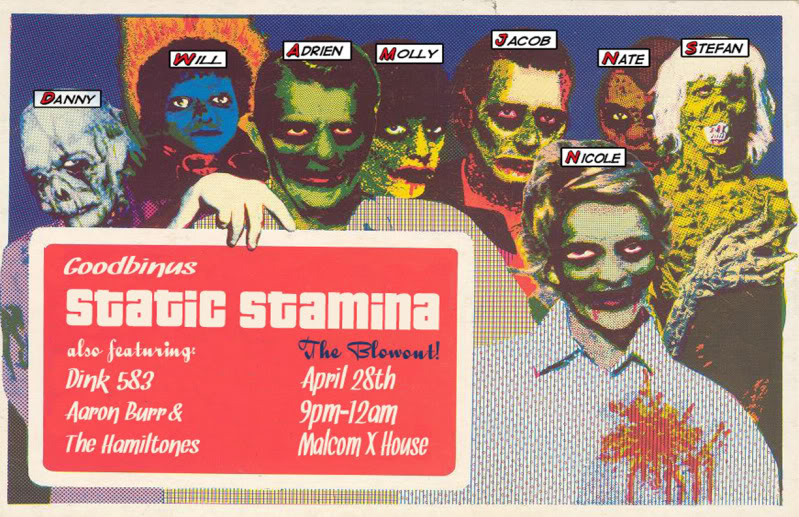 We don’t really post Weekend Roundups anymore (why would we?–that’s what the event calendar’s for), but holy-god this weekend is nuuuuts:

If you don’t break any bones, you’re probably not paying attention. 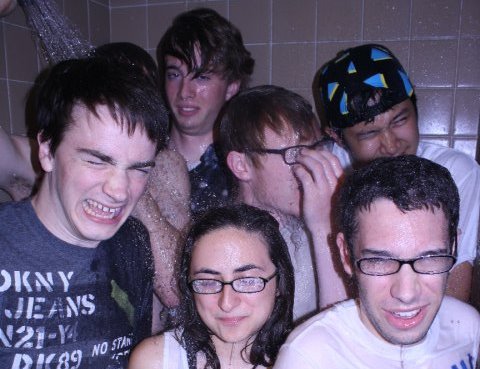 But tonight’s Static Stamina show (at Malcolm X House, featuring ska-punkers Aaron Burr & the Hamiltones and Dink-583) is a little more poignant. Because I met some fellow wide-eyed frosh during freshman orientation, and they decided to start a band, and named it Static Stamina one aimless Friday night in the Butt C lounge, and soon I parted ways, but that band has spent the past four semesters injecting some hardcore energy into Wes’s music scene, treading a thin line between rock, hip hop, performance art, and sheer vulgarity, and it’s been a hell of a trip, and now, tonight, it’s all coming to an end (or indefinite hiatus, whatever). And that means farewell shows from Static Stamina and Wordsmith and Mad Wow all in the same week, and then Flora & Fauna mostly graduates after they play Spring Fling, and Bones Complex goes on hiatus, and The Japanese is taking a break (I think?) (that’s assuming they even survive opening for Lightning Bolt), and AARGGH WHAT IS GOING TO HAPPEN TO WESLEYAN’S STUDENT MUSIC  SCENE??

Right. More specific info about tonight’s show after the jump.