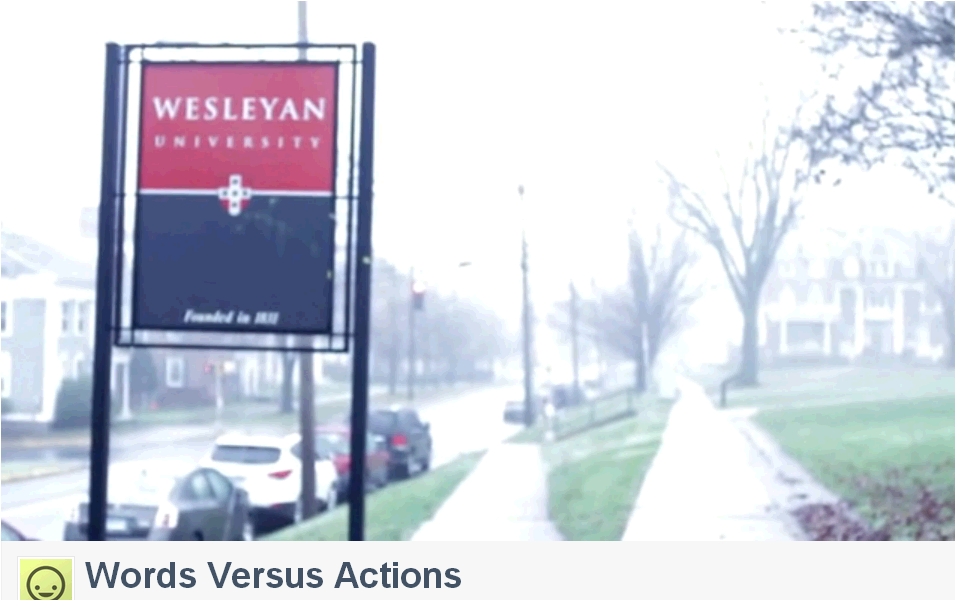 As a final project for his Digital Filmmaking class, slam poet regular and Wesleying contributor Solomon Billinkoff ’14 has made a brief documentary about Public Safety. The twelve-minute short focuses on a series of events in the fall of 2012 (many of which led to the recent decision not to include racial descriptors in safety alerts). As Billinkoff explains in his voice-over:

I never had a plan for this movie. All I knew was that I wanted to make a documentary about Public Safety. After having gotten approval from the organization, my first instinct was to humanize P-Safe, as it is an institution that is generally maligned by the student body. A wave of on-campus assaults had just occurred within a single week, and I was interested to discover what P-Safe was doing to handle the situation and protect students. But the alerts P-Safe had sent out described the suspects as “African-American” and “male,” and unbeknownst to me at the time, these email alerts were met with a slew of racial hatred on Wesleyan’s Anonymous Confession Board. It was then revealed that a P-Safe officer had allegedly assaulted a black Wesleyan student. A week later, a forum on student diversity and equality was held in Wesleyan’s Beckham Hall.

These conflicts and contradictions form the basis of Billinkoff’s film, which largely speaks for itself. It’s only twelve minutes, so watch it after the jump.

END_OF_DOCUMENT_TOKEN_TO_BE_REPLACED

Wesleyan students are invited to engage in an open and critical dialogue about race, racism, and immigration at the free screening of the documentary “9500 Liberty.” Directors Eric Byler ‘94 and Annabel Park will be joining us for a Q&A session after the screening. More details after the jump.