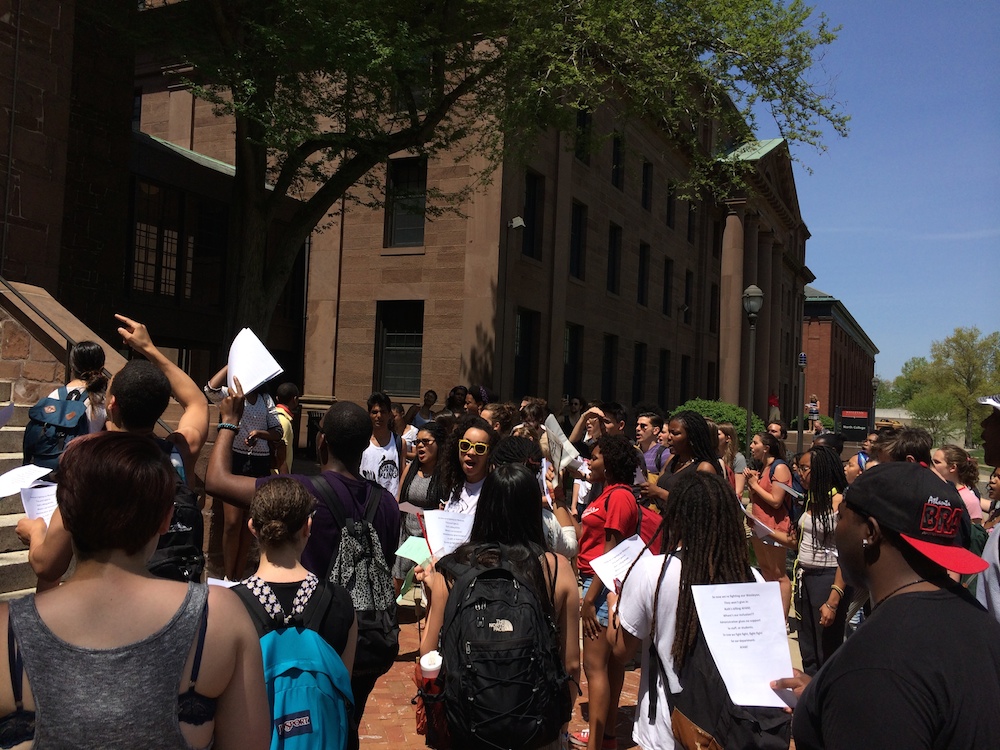 Beginning at noon today from the Science Library, students have been marching across campus in protest of the administration’s lack of support for African American Studies. This comes at the heels of a massive petition campaign, where other members of the Wesleyan community were encouraged to add their names to a resolution calling for the Provost to prioritize faculty hires in AFAM, to fill the empty lines that are in AFAM currently, as well as demanding a response from President Roth or Provost Ruth Striegel Weissman.

This resolution previously passed the Wesleyan Student Assembly on May 4th, when the WSA decided to suspend their bylaws (in which they are not allowed to vote on a resolution introduced that same day) to vote on the resolution the day of. The resolution passed unanimously and within a week’s time, has garnered over 850 additional signatures from the community.

The March today, entitled “March on Wesleyan,” moved from SciLi into Olin, then across Foss, through Admissions and Usdan, then through North College and ending at South College. Along the way, everyone chanted various phrases, as well as singing the following version of the fight song:

END_OF_DOCUMENT_TOKEN_TO_BE_REPLACED

How many times have you heard the phrase, “I’m starving!” before going to eat dinner at Usdan? Is that what hunger really looks like? What about on a global scale?

Are you ready to find out?

Join us for a Hunger Banquet on April 23 at 5-6:30pm, sponsored by Oxfam America, and Haveli.

A Hunger Banquet is an interactive simulation of global inequality related to food, hunger, and income. Attendees will share a meal and participate in a discussion facilitated by Professor Sarah Mahurin.

Tickets are required for admittance and will be available for a minimum $2 donation at Usdan during lunch from April 16-23.

Will you be one of the lucky ones? Or will you leave hungry? 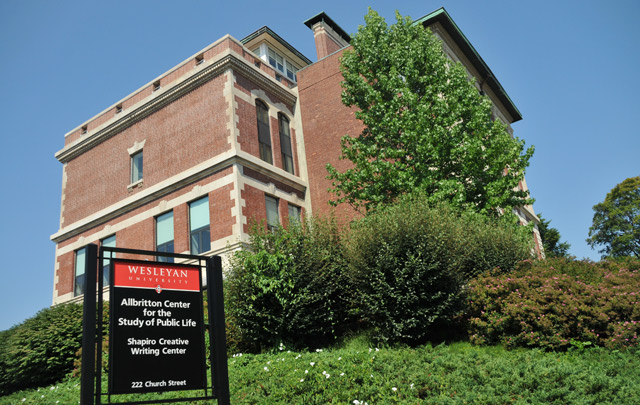 Professor Sarah Mahurin discusses abortion through the lens of poetry, focusing on Gwendolyn Brooks’s “The Mother” and Lucille Clifton’s “The Lost Baby Poem.”

There will be free lunch! Sponsored by FemNet, the FGSS deparment, and WesWell.