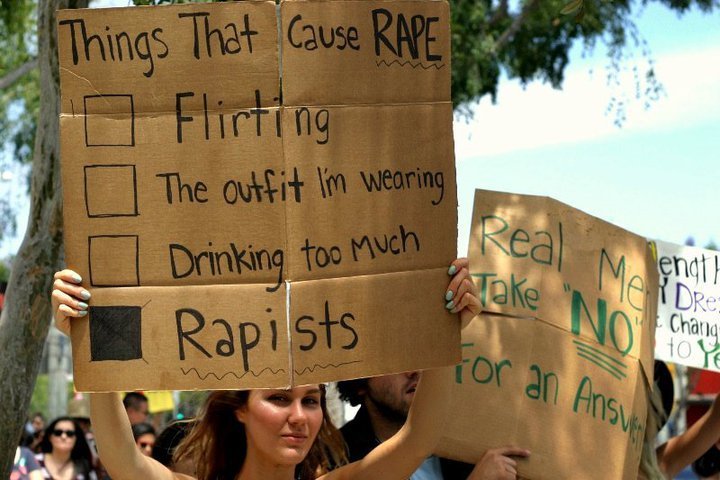 If you’ve followed the Steubenville trial in recent weeks, you may have found some of the media responses disconcerting. Instead of providing support for sexual survivors, popular media outlets like CNN lamented that the conviction will impact the once-bright futures of the rapists. In these comments, CNN did not detail how Jane Doe was harassed online and slut-shamed by her community (and America at large) for reporting the crime and pressing charges. CNN did not lament how rape culture creates an environment that renders survivors of sexual assault afraid to talk about their experiences and ashamed of something that isn’t their fault. One in five women in the United States is sexually assaulted and 60% of these attacks go unreported to the police. It seems like there’s something wrong with the common discourse of sexual assault.

The unceasingly inspirational Lena Solow ’12 wants to provide messages of hope and positivity for survivors that were so lacking from many Steubenville responses. This blog is not just for Jane Doe—it’s for any survivor who seeks affirmation and encouragement. Solow writes, “This is a place to consolidate messages of hope and encouragement and affirmation for sexual assault survivors. Created in response to the backlash, victim blaming, and all-around horrifying language about the Steubenville rape case. If Jane Doe, the Steubenville survivor, searches for messages, there should be something else available for her, and for all survivors of assault.”

Here is a link to the blog, “Messages for Survivors.” You should definitely check it out and even contribute if you feel so inclined.

END_OF_DOCUMENT_TOKEN_TO_BE_REPLACED

Let’s salute our fellow cross-campus, early-morning weekend travelers (some of whom I have encountered on repeated occasions and hope to one day courageously approach in an effort to develop some sort of a friendship based on mutual sleep deprivation and the reprise of last night’s outfit, but my social skills are somewhat lacking) and offer them an alternative to the disgusting and extremely sexist use of the term “Walk of Shame.” I mean, let’s not try and sugarcoat it; sometimes the walk back to your own room after a night of adventure can feel a little shameful.

The ubiquitous “Walk of Shame” talk needs to stop. We enjoy the less common but much more empowering term “Stride of Pride.” It’s a gender-neutral way to describe a guilt-free sunrise walk back to one’s own room. It’s really unacceptable that women are still made to feel ashamed for expressing their sexuality or exercising their right to engage in casual, sexual relationships in a way men have been been applauded for doing for years. Everyone should have the freedom to feel proud of their choices, whether or not those choices involve any sexual activity. Also, you can be doing a stride of pride for any number of reasons! Just got a free cup of coffee? Stride of pride it up!