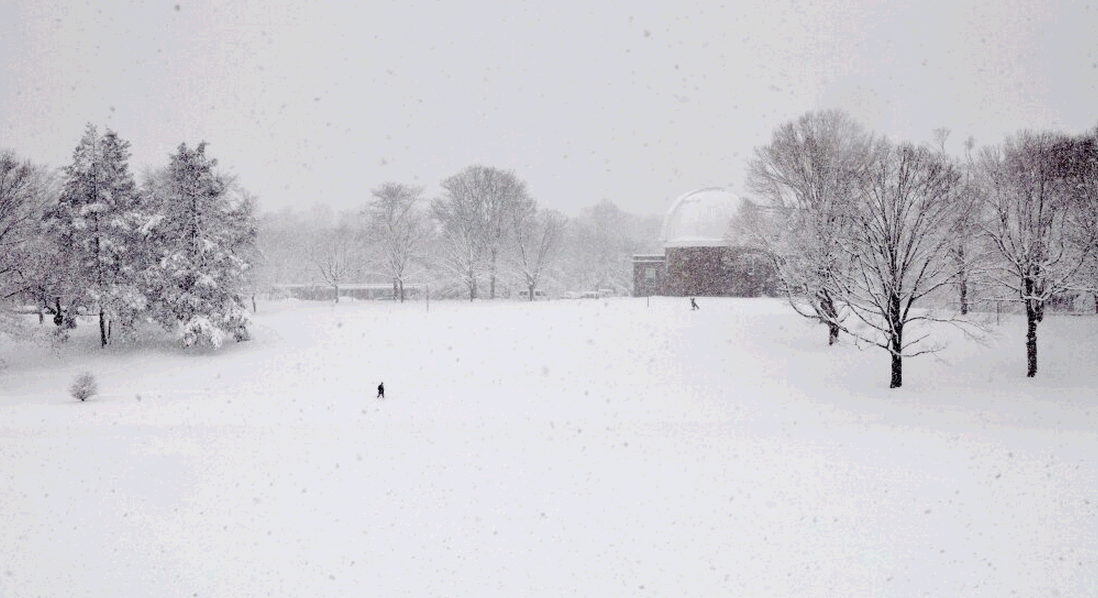 Remember that time it was warm and sunny on Tuesday and you thought spring was here to stay and winter as you know it had finally given up for the season? That was cute.

Despite Spring Break officially beginning in a few short hours, Middletown got hit by another minor blizzard last night (in fact, it’s continuing right now) that exceeded 20 inches in some areas of Connecticut. From Middletown Patch:

Public and parochials schools are closed and colleges have cancelled morning classes and the city is under a parking ban. By midmorning Friday, Middletown had 8 inches of snowfall from this storm that meteorologists say will leave the area sometime after noon.

Slippery streets are making driving treacherous in spots, evidenced by a 10 a.m. minor fender-bender on Main Street, at Liberty Street, between a car and truck.

But “don’t expect the snow to stick around too long,” warns the Middletown Press.